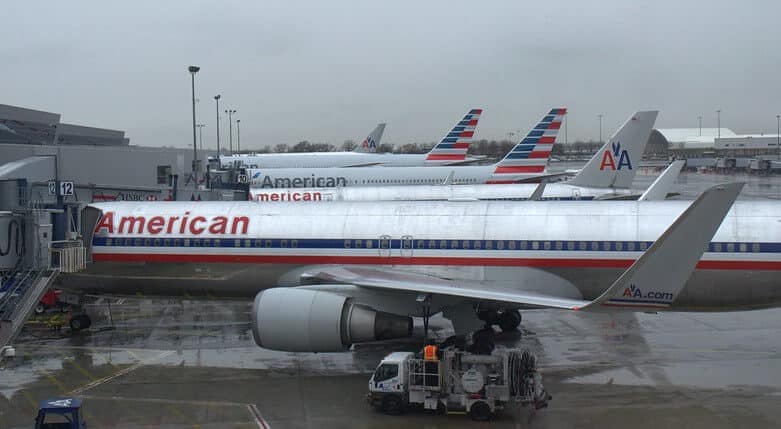 Investors are placing bets that troubled American Airlines will be forced to file for bankruptcy for the second time in a decade.

The Fort Worth-based carrier has seen its credit default swaps for its corporate bonds, financial instruments used by investors to insure against default, soar by 4,000% during the past three months, indicating that investors may be bracing for what could be another bankruptcy for one of the largest airlines in the US.

Five-year swaps were trading at 6,659 basis points as of this morning, according to data from IHS Markit, which is significantly higher than the price of such instruments for rival airlines including United Airlines (UAL), Delta Airlines (DAL), and Southwest (LUV), which were trading at 3,677, 1,212, and 505 basis points respectively.

American Airlines (AAL) total debt has hit $34bn according to its latest financial reports, which is higher than the debt held by Big Three rivals Delta and United – around $20bn each – and nearly six times more than what Southwest Airlines currently owes.

If the company were to be crippled by its debt, it would be the second time in its history that it files for Chapter 11 bankruptcy, as it did nine years ago. 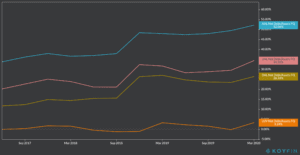 “It truly is just where their debt level is relative to others,” Adrian Yanoshik, an analyst at Germany’s private bank Berenberg, told The Financial Times.

He added: “I could give you other reasons, but when you peel the onion back on those sub-reasons, they tend to end up with — they have more debt”.

A spokesperson for American Airlines said: “We expect to end the second quarter with approximately $11bn in liquidity, and we have significant unencumbered assets — valued at more than $10bn excluding the (mileage) programme — at our disposal”.

Even though the coronavirus health crisis has decimated air traffic by nearly 90% in previous months, experts also tie American’s vulnerable position to excessive share buybacks and capital expenditures in the years preceding.

Meanwhile, the company is struggling to find cheap financing to survive the turmoil as investors are demanding higher-than-average yields to compensate for the risk.

The US airline reportedly received around $5.8bn in government-backed funding from the $2trn federal CARES Act, while it has also tapped $4.8bn in bank loans at a decent interest rate of 4%, according to company sources.