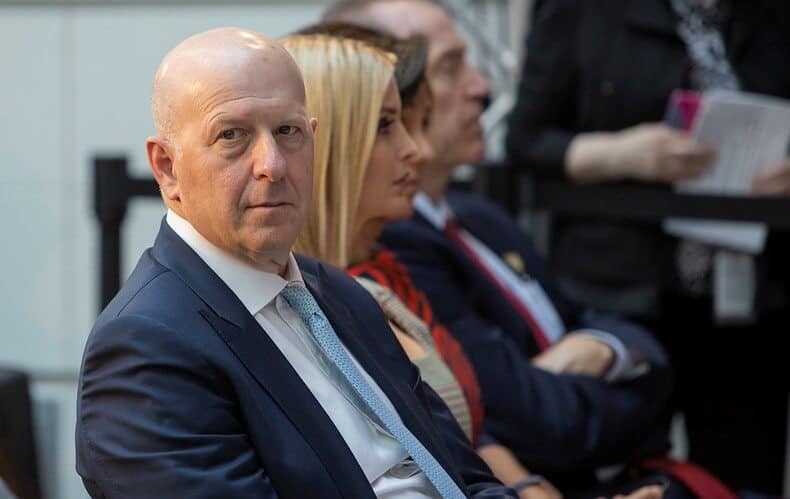 Financial companies take centre stage in earnings season this week and Goldman Sachs’ results on Wednesday will be closely watched by the investment community after three months of surging bond sales and a booming stock market comeback.

Revenues for the New York-based investment bank are expected to come in a range between $9.3bn and $9.8bn, potentially growing by 0.5% and 6% respectively compared to the previous year.

A strong comeback from the mid-March stock market bottom, especially from tech stocks, and a bond and precious metal buying spree resulting from increased market volatility could push revenues towards the highest bracket of analysts’ estimates, as Goldman, led by chief executive David Solomon (pictured), stands to benefit from higher trading and asset management fees resulting from higher asset prices.

Meanwhile, the Federal Reserve’s decision to buy corporate bonds via exchange-traded funds or directly from issuers has pushed companies to turn to the bond market to strengthen their cash reserves amid the coronavirus fallout. The bank may also be favorably positioned to gain from this trend as this would result in higher underwriting and lending fees, a segment that accounts for roughly a third of its revenues.

Goldman Sachs earnings for the quarter are expected to land at $3.91 per share based on estimates from Zacks.com, resulting in a 33% decline compared to the $5.81 per share the bank reported a year ago. 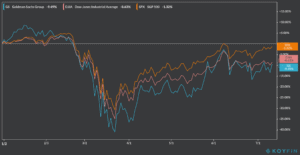 Goldman shares have declined nearly 7% since reaching their post-pandemic high of $220.8 in late June, as investors shun bank stocks ahead of their earnings reports, in anticipation to potentially higher loan losses resulting from a deteriorated economic environment.

However, shares of the investment bank closed last week on a high note, posting a 4.4% gain on Friday, as Gilead Sciences (GILD) revealed positive news about its remdisivir treatment, which could potentially reduce coronavirus mortality rates by more than 60%.

Meanwhile, investors will keep a close eye on Goldman’s performance during the quarter to get valuable insights on upcoming earnings of rival investment banks and financial firms like Morgan Stanley, also today, and BlackRock on Friday.