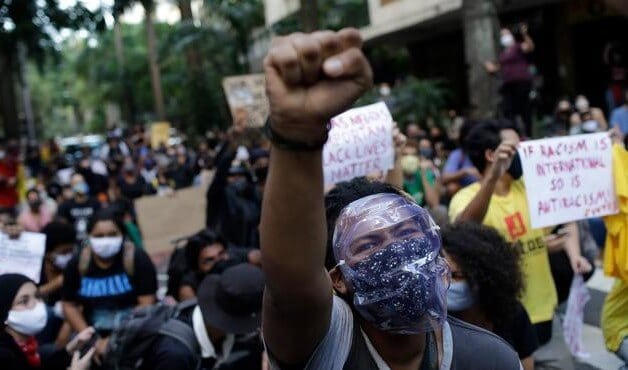 World shares hit three-month highs on Wednesday as coronavirus lockdowns eased and investors bet on governments preparing further stimulus packages despite civil unrest across the US.

The MSCI world equity index, which tracks shares in 49 countries, rose to its highest since 6 March, having gained throughout the Asian session.

The index is down more than 7% year-to-date, amid pandemic lockdowns that look set to push many economies around the world into recession in the second quarter of the year.

But world stocks have managed to bounce back from double-digit falls earlier in the year when the health crisis was at its height.

Markets on the up

In Japan, China and South Korea, where the pandemic is relatively contained, stock indexes have recovered substantially to be only about 5-6% below this year’s peaks.

In China industrial output in April grew by a better-than-expected 3.9% — a marked difference from the collapse of 13.5% in the first two months of this year as massive lockdowns were imposed across the communist state.

These market gains have come despite rising tension between the US and China.

On Friday US President Donald Trump launched a blistering attack on Beijing saying it has “raided our factories” and “gutted” American industry. Earlier last week, China’s foreign minister, Wang Yi told the communist state’s National People’s Congress that relations between the world two biggest economies are on “the brink of a new cold war”, as it imposed national security laws in Hong Kong.

Brent Crude oil rose above $40 a barrel on Wednesday for the first time in almost three months on signs that major producers are close to agreeing further production cuts while recovery from the pandemic spurs demand.

Economists expect the European Central Bank (ECB) to ramp up its €750bn Pandemic Emergency Purchase Programme (PEPP) — its new bond-buying scheme launched in March — by at least another €500bn when it meets on Thursday.

The 30-year US Treasuries yield rose to as high as 1.532%, its highest since mid-March, as expectations of central bank policy support kept shorter yields in check.

The yield gap between five- and 30-year Treasuries rose to 118 basis points, the highest since early 2017.

These moves come as tens of thousands of people have demonstrated across the US for an eighth night following the death of African-American George Floyd in police custody. Over this period, some of these demonstrations have turned to violence and looting not seen in the country since the 1960s race riots.

“The disconnect between what the average person sees happening in the world and what they see happening in the financial markets is getting wider and wider,” Marshall Gittler, head of investment research at BDSwiss, wrote in a note to clients.

Jeff Buchbinder, equity strategist for LPL Financial, also said in a note” “The disconnect between stocks and the economy generated widespread concern among some investors.”

He added: “At the same time, reopening optimism and massive stimulus overshadowed some concerns about a second wave of COVID-19 infections and increasing US-China tensions.”