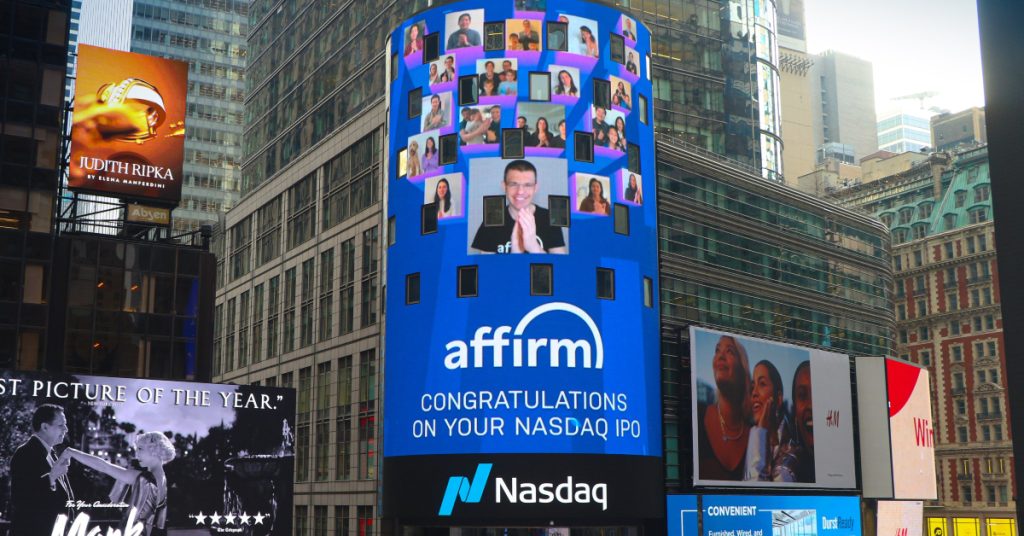 Affirm stock was in freefall last year amid the slump in growth names. Trent Masters, fund manager at Alphinity Investment Management has listed Affirm and Carvana as two stocks that he believes would not survive 2023.

The December dot plot showed that FOMC members see rates rising to 5-5.25% by the end of 2023. Markets expect the Fed to raise rates by another 75 basis points in 2023. With the rising interest rates and macroeconomic turmoil, many companies have been struggling to raise funds.

Speaking with CNBC, Masters said, “there were some businesses that were really underpinned by basically that free and infinite capital … Businesses that were fairly capital intensive, and never had to worry about where that next dollar was coming. But now they really do.”

Speaking specifically of Affirm, he said, “When it comes to BNPL, it really is that tip of the spear where [their customers] were getting filled with fairly free capital through all the stimulus programs.”

Notably, the generous stimulus cheques helped in propping US consumer spending. However, the clock has since turned upside down. Not only has the stimulus ended but the economy has also deteriorated. Higher inflation and mounting job losses are further putting pressure on credit quality. Incidentally, last week when major US banks reported their Q4 2022 earnings they set aside billions of dollars towards credit losses.

Also, Bank of America, Wells Fargo, and JPMorgan see a mild recession in 2023 as the base case scenario and are preparing accordingly.

Companies like Affirm benefited from an abundant supply of easy money. Masters said, “That was the kind of the business models that I’m talking about where the free and infinite capital not just underpinned the value and the growth, but it’s actually really essential to potentially the survival of those businesses.”

Mizuho Securities analysts led by Dan Dolev meanwhile disagree with Masters and believe that the appetite for Affirm’s bonds has improved. The brokerage predicts that Affirm stock would rise to $20 over the next 12 months.

Affirm went public in 2021 and priced the shares at $49. Affirm was originally planning a listing in 2020 which was a splendid year for the US IPO market. However, the bumper listings from DoorDash and Airbnb prompted Affirm and Roblox to delay the listing and increase the pricing.

Given the unending appetite for growth stocks, Affirm almost doubled on the listing day. The stock went on to hit an all-time high of $176.65. It has since cratered. 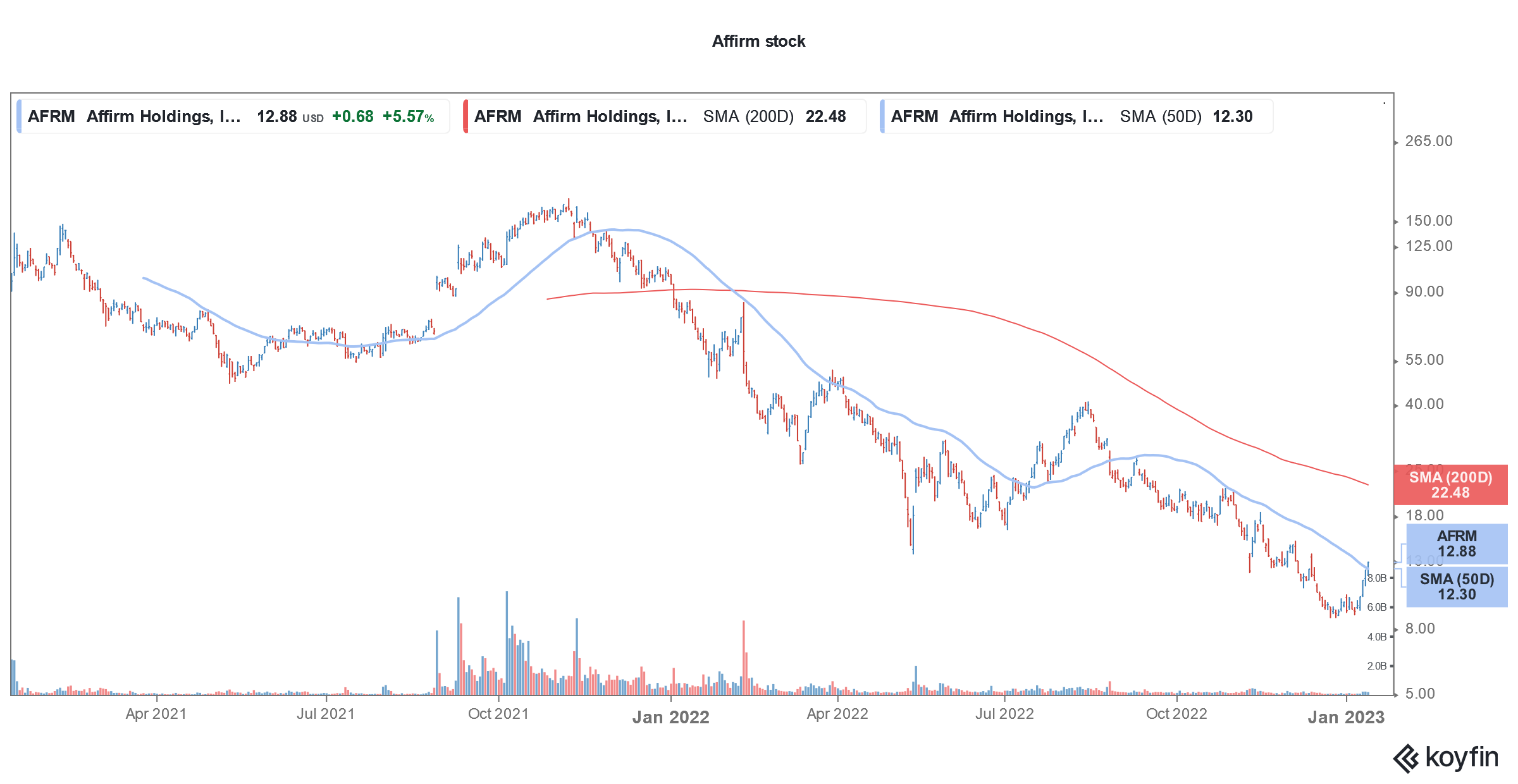 To be sure, there has been a valuation reset in the fintech space. Last year, Klarna, another BNPL name, took an 85% haircut in valuation while raising funds. Incidentally, even the relatively mature fintechs like PayPal and Block also crashed in 2022 and the former lost over 60% in the year and was the bottom 10 S&P 500 losers.

Loss-making growth names have been out of favor with markets and the sentiments are not expected to turn around anytime soon. The rising cost of capital, recession fears, slowing growth, and rising competition could continue to impact Affirm stock in the short term.

Amid the macroeconomic turmoil, analysts have also turned cautious about AFRM stock and have gradually slashed its target price. In December, Bank of America downgraded Affirm stock from a buy to neutral and said that market sentiments could remain negative for an extended period.

In 2021, Affirm announced a partnership with Amazon which bought its BNPL solutions to Amazon customers. The partnership hasn’t been as lucrative as the market initially thought. Affirm has meanwhile been working to expand its partnerships in order to increase its revenues.

Falling sales of Peloton bikes are another headwind for Affirm as it got a big chunk of its revenues from customers buying Peloton bikes.

Newly listed companies have been under severe pressure

Newly listed companies were under severe stress in 2022. This includes those that opted for a SPAC reverse merger as well as those who chose the traditional IPO.

In 2020, SPAC IPOs hit a new record and the total money collected by these blank cheque companies was more than what they did in the previous 10 years. The SPAC mania continued in 2021 but cracks began to appear in the back half of the year.

The tide for SPACs started to turn in the back half of 2021. In a way, the success of SPACs worked to their nemesis. In a typical demand-supply mismatch, it seemed that there were more SPACs hunting for targets than companies looking to go public. As companies received interest from multiple SPACs, they invariably sought a higher valuation. Many SPAC mergers looked doomed from the onset given the high valuations.

There has been a painful derating of growth stocks amid the rising interest rates.

Affirm Intends to become profitable in the fiscal year 2024 on an adjusted operating profits basis. It is cutting costs and is careful in hiring as it tries to lower its operating expenses. The company’s delinquencies have risen of late. However, they have not exploded as many expected.

Affirm faces several headwinds. US retail spending growth has slowed down amid the slowing economy. Also, competition has increased in the BNPL industry. To make things worse, analysts fear that Affirm’s credit quality would deteriorate further if the US economy slips into a recession.