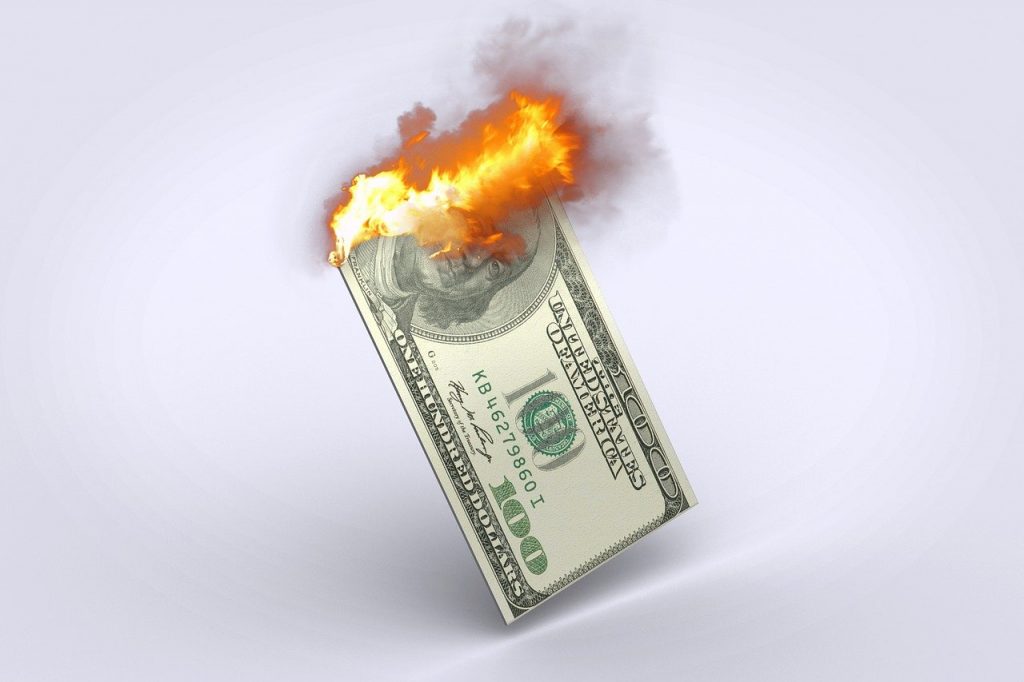 US stock markets have looked weak over the last few trading sessions as the Fed has taken a hawkish stance, signaling more rate hikes. David Trainer, CEO of investment research firm New Constructs, has identified stocks that he believes are zombie companies and risk falling to zero.

At the Jackson Hole Symposium, Federal Reserve chairman Jerome Powell said that the Fed would continue with its rate hikes while warning of some “pain” for both US consumers as well as businesses.

US stocks fell after the Fed took a hawkish approach

At the Symposium, Powell said that the FOMC’s “overarching focus right now is to bring inflation back down to our 2 percent goal.” He added, “While higher interest rates, slower growth, and softer labor market conditions will bring down inflation, they will also bring some pain to households and businesses.”

Commenting on the FOMC’s upcoming September meeting, he said, “We are now about halfway through the intermeeting period. Our decision at the September meeting will depend on the totality of the incoming data and the evolving outlook.”

Meanwhile, US stocks fell after the Symposium while traders raised their odds of a 75-basis point rate hike at the September meeting. As Fed raises rates and credit market conditions tighten, liquidity conditions would dry up and Trainer believes some companies would find it tough to raise money.

Trainer said, “When liquidity gets tighter, people are a lot less likely to loan to zombie companies.” He added, “They don’t have much cash. They’re burning through it quickly and won’t last long. And it’s gonna be very difficult for them to refinance.” 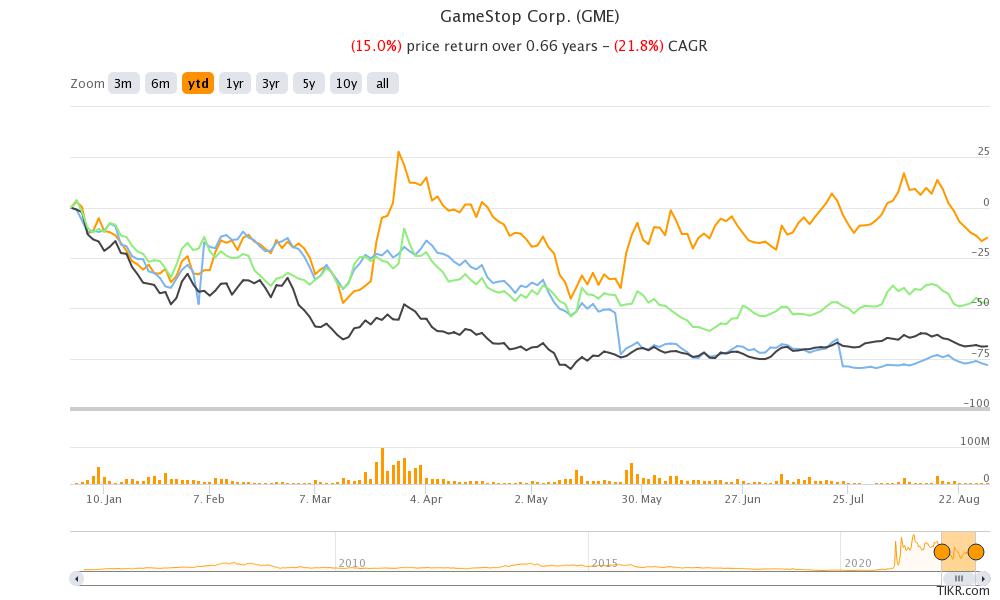 Trainer lists US stocks that could fall to zero

Trainer listed Rivian, Robinhood, GameStop, and Snap as the stocks that risk falling to zero. He said, “Being forced to raise capital in this environment, even if the company ultimately becomes profitable, comes at a high cost that is not good for existing shareholders.”

Rivian has a strong balance sheet, backing from Amazon and Ford

Meanwhile, while Trainer believes that Rivian would run out of cash, the company’s cash position would fund the next few years of cash burn. It also has the backing from Amazon and Ford, and the former has placed a large order with it for delivery trucks.

Social media companies have been feeling the heat and Snap stock has been in a freefall. Even Meta Platforms has lost more than half of its market cap this year.

Robinhood stock has also been falling

Robinhood stock has also been falling. However, it also had $6 billion as cash on the balance sheet at the end of June, $200 million lower than the previous quarter. Earlier this year, the market cap of both Rivian and Robinhood dipped below the cash on their balance sheet, which effectively meant that markets were valuing their core business at zero. Robinhood has also laid off several employees amid plummeting stock and crypto volumes.

As for GameStop, the company capitalized on the meme stock mania and turned net debt positive. It raised enough cash to repay its debt. However, the company continues to burn cash as it enters new businesses like NFT. GameStop has also been trying to increase its target market. However, Wall Street is not convinced about the stock’s outlook.

Bank of America believes that US stocks could fall and the S&P 500 is forming a bearish heads and shoulders pattern. Earlier this month, the brokerage termed the rally in US stocks a classic bear market rally.

Bank of America analyst Michael Hartnett pointed to previous bear market rallies and said that there have been 43 such rallies since 1929 when the S&P 500 gained in double digits. He pointed out that the average rise has been 17.2%, which happens to be similar to the rise in S&P 500 from its June lows. He also pointed out that on average the rally lasts 39 days while the current rally has been in force for 41 days.

Hartnett also pointed to the narrow market breadth where Amazon, Apple, Tesla, and Microsoft have accounted for 30% of the rally in the S&P 500. All these stocks have been strong over the last month. Amazon stock rose over 10% after it impressed markets with its Q2 2022 earnings.

Several newly listed companies, especially those that went public through SPAC mergers face risks of bankruptcy if credit market conditions tighten. Many of the de-SPACs have fallen 80% or more from the IPO price. Astra, for instance, trades even below $1. The list only gets longer as many of the hyped SPAC mergers have failed to create wealth for investors.

Trainer meanwhile predicts a contagion effect from zombie companies. He said, “As cash-burning ‘zombie companies’ run out of cash, risk premiums will rise across the market, which could further squeeze liquidity and create an escalating series of corporate defaults.”