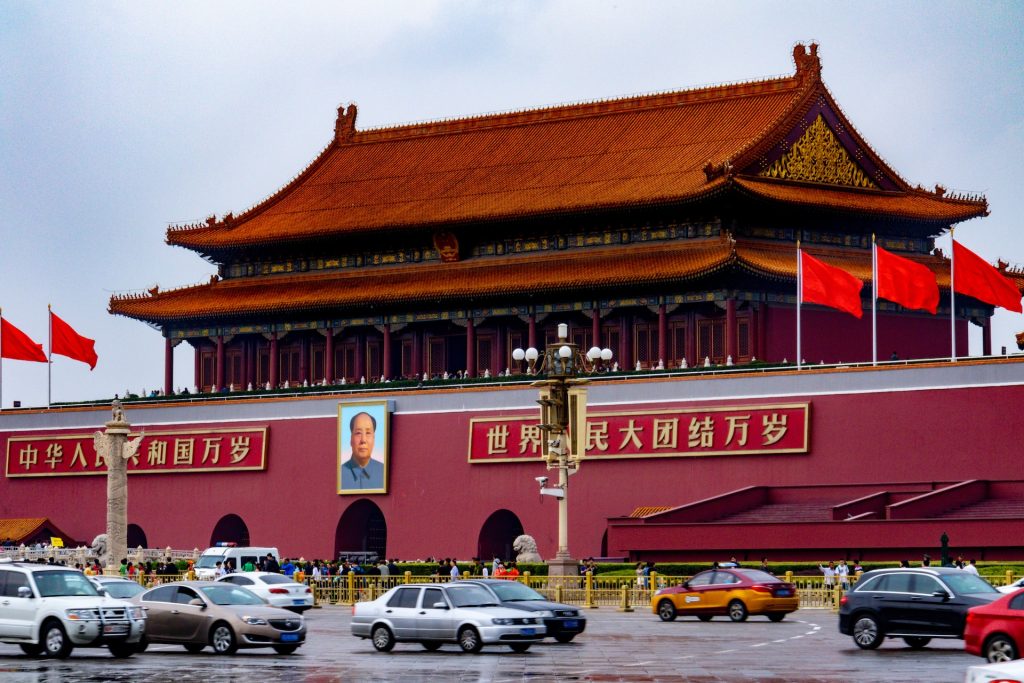 China’s GDP rose at an annualized pace of 3% in 2022 which was better than the 2.8% growth that analysts expected. The growth rate is however the second lowest since 1976 and the world’s second-largest economy fared poorly in only 2020 when it grew by a mere 2.2%.

China was officially targeting GDP growth of 5.5% in 2022. However, the target looked demanding at the very onset. As the year progressed it became amply clear that the country would not be able to meet the target.

Almost all the sectors of China’s economy faced headwinds in 2022 partially due to its zero-COVID policy. The country meanwhile abandoned the policy in the fourth quarter of the year after massive countrywide protests.

Some reports suggest that Foxconn cajoled China to tone down the restrictions as it was hurting the country’s image. Notably, Foxconn’s Zhengzhou facility faced production disruptions due to the COVID-19 outbreak. The plant employs over 200,000 people and produces most of the iPhones globally. Troubles at the plant also took a toll on the supply of the latest iPhone 14 and several buyers faced trouble buying one during the holiday season.

We’ll get more updates on how severe were the supply chain challenges when Apple releases its earnings for the December quarter later this month.

The slowdown in China’s retail sales also took a toll on companies like Alibaba. In the June quarter, Alibaba reported a slight YoY decline in revenues, its first as a listed company. While its sales growth was positive in the September quarter it was still in the low single digits.

Meanwhile, unemployment still remains quite high in China, especially among the youth. In December, the unemployment rate for people between 16 to 24 was a whopping 16.7% while the overall employment in cities was 5.5%.

The US job market has been quite strong

In contrast, the US unemployment rate is near multi-decade lows. While there has been a flurry of layoffs including at Big Tech companies, the US job market has been reasonably strong. However, the Federal Reserve as well as economists forecast that the country’s unemployment rate would rise significantly this year.

Meanwhile, China warned of further headwinds for the economy. The Statistics Bureau said, “The foundation of (the) domestic economic recovery is not solid as the international situation is still complicated and severe while the domestic triple pressure of demand contraction, supply shock and weakening expectations is still looming.” 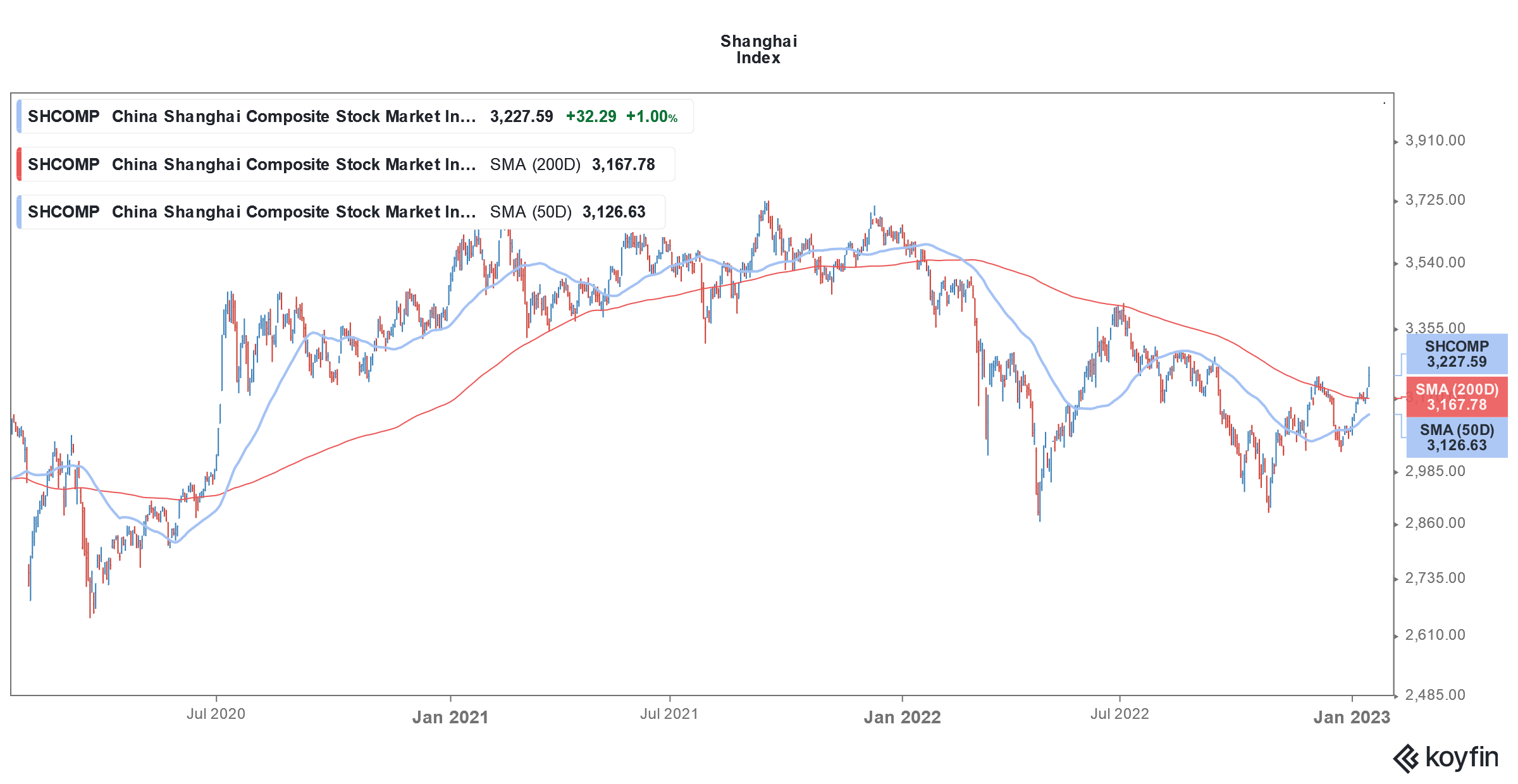 In 2021, Chinese stocks bore the brunt of the tech crackdown in the country. The country went after several sectors including delivery companies, gaming companies, and the Edtech sector. The country also tightened its antitrust policies and Alibaba was particularly targeted.

Chinese President Xi Jinping pushed forward with the “common prosperity” agenda to address the glaring wealth disparity in the country. However, as the Chinese Communist Party reverted back towards a more communist and socialist regime, it reversed some of the gradual opening of the economy that it had achieved over the last two decades.

Many analysts termed China as “uninvestable” as Xi Jinping tightened his grip on the polity and pushed for a more socialist agenda.

Meanwhile, as its economy slumped and public discontent grew, China took multiple measures which signal a U-turn in the policy.

Chinese stocks are outperforming in 2023

China has allowed Ant Financial’s consumer arm to raise more capital. Jack Ma would also cede control of the company as part of the restructuring. This would eventually pave the way for Ant Financial’s IPO which was shelved in 2020. Ant Financial was set to become the largest IPO ever before Chinese regulators blocked it at the last moment.

China has also allowed downloads of Didi apps in the country. Tomorrow, China’s finance minister Liu He would meet US Treasury Secretary Janet Yellen, in yet another signal of it warming up to the US. Last year, China gave up its reluctance and allowed US regulators to audit the books of US-listed Chinese companies.

Chinese stocks are outperforming global markets this year amid optimism over the reopening.

China’s reopening has led to rise in commodity prices

Amid hopes of a revival in China’s growth, analysts have turned constructive on the global growth forecast. Barclays for instance now expects global GDP to rise 2.2% in 2023 as compared to its previous forecast of 1.7% growth.

Commodity prices have also spiked amid the revival in China’s economy. The country is the biggest consumer of most commodities and Chinese demand tends to be among the key drivers of commodity prices.

Meanwhile, a rise in commodity prices might make the Fed’s job tougher. While US inflation has come down gradually for six months and fell 0.1% on a monthly basis in December, it is still way above the Fed’s target range.

The Fed is trying to tame US inflation

The minutes of the Federal Reserve’s December meeting show that the US central bank is still worried about inflation and not giving up its fight. The minutes stated, “Participants generally noted that the uncertainty associated with their economic outlooks was high and that the risks to the inflation outlook remained tilted to the upside.”

They added, Participants cited the possibility that price pressures could prove to be more persistent than anticipated, due to, for example, the labor market staying tight for longer than anticipated.”

Meanwhile, China’s stock markets are almost flat today despite upbeat economic data. In March, the country would announce its official GDP target which would provide insights into whether the country intends to provide more stimulus to revive the growth.