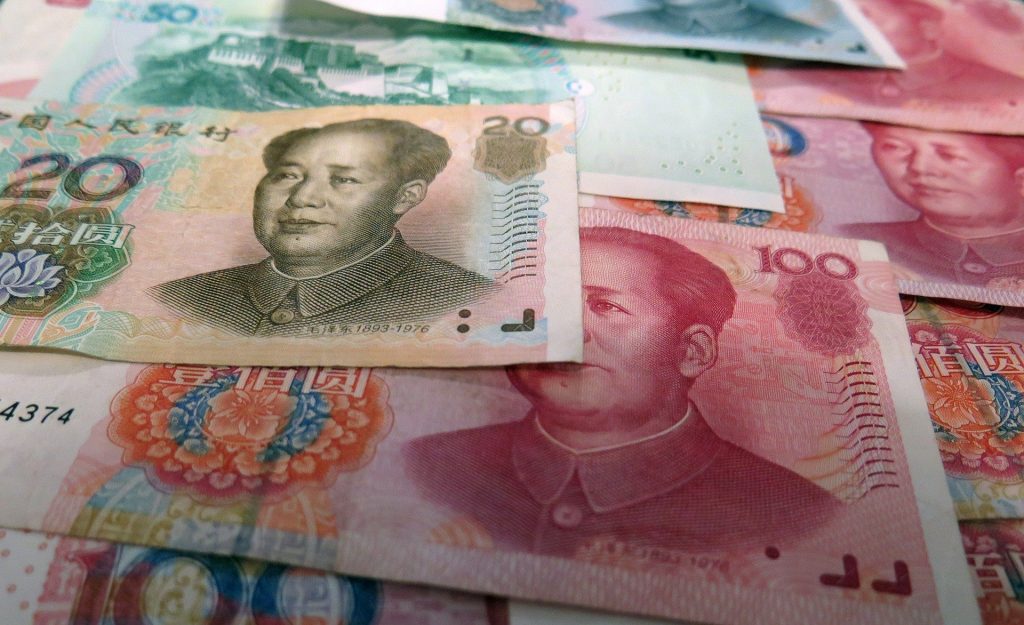 Emerging market equities, which also include Chinese stocks attract a lot of interest from investors. However, despite all the promise of economic growth in the world’s second-largest economy, Chinese markets have mostly disappointed over the last decade.

The Shanghai Composite Index is up only about 2.6% for the year, underperforming the global markets by a wide margin. The underperformance is not limited to 2021 alone and in the last five years, the index has gained only about 9.3%. While the ten-year returns look somewhat decent at 49%, it is still among the worst-performing markets during the period.

Notably, the Shanghai Composite Index is a rare market globally which still trades below the 2007 highs. Simply put, despite being the world’s fastest-growing major economy over the last decade, Chinese stocks have not lived up to the promise.

Meanwhile, now some of the asset managers sound constructive on Chinese equities, and both BlackRock and Goldman Sachs sound bullish on Chinese stocks. Notably, both these fund houses have turned bearish on Indian stocks which have been among the best markets of 2021 even as they have pared some of the gains over the last couple of weeks.

Chinese stocks have borne the brunt of the tech crackdown in the country. The country went after several sectors including delivery companies, gaming companies, and the Edtech sector. The country also tightened the antitrust policies and Alibaba was particularly targeted. The stock has underperformed other tech stocks by a wide margin over the last year.

Chinese President Xi Jinping is pushing forward with the “common prosperity” agenda and wants to address the glaring wealth disparity in the country. However, as the Chinese Communist Party reverts back towards a more communist and socialist regime, its undoing some of the gradual reopening of the economy which it had achieved over the last two decades.

Geopolitical risks of investing in China

Notably, the geopolitical risks of investing in China have only increased over the last couple of years. The US-China rivalry is only going to increase in the years to come as more flashpoints emerge between the world’s two biggest economies. Then we have the policy uncertainty in China towards tech industries. The rumored delisting of Didi from US markets would not do any good for Chinese stocks and they would be looked at with even greater suspicion now by foreign investors. 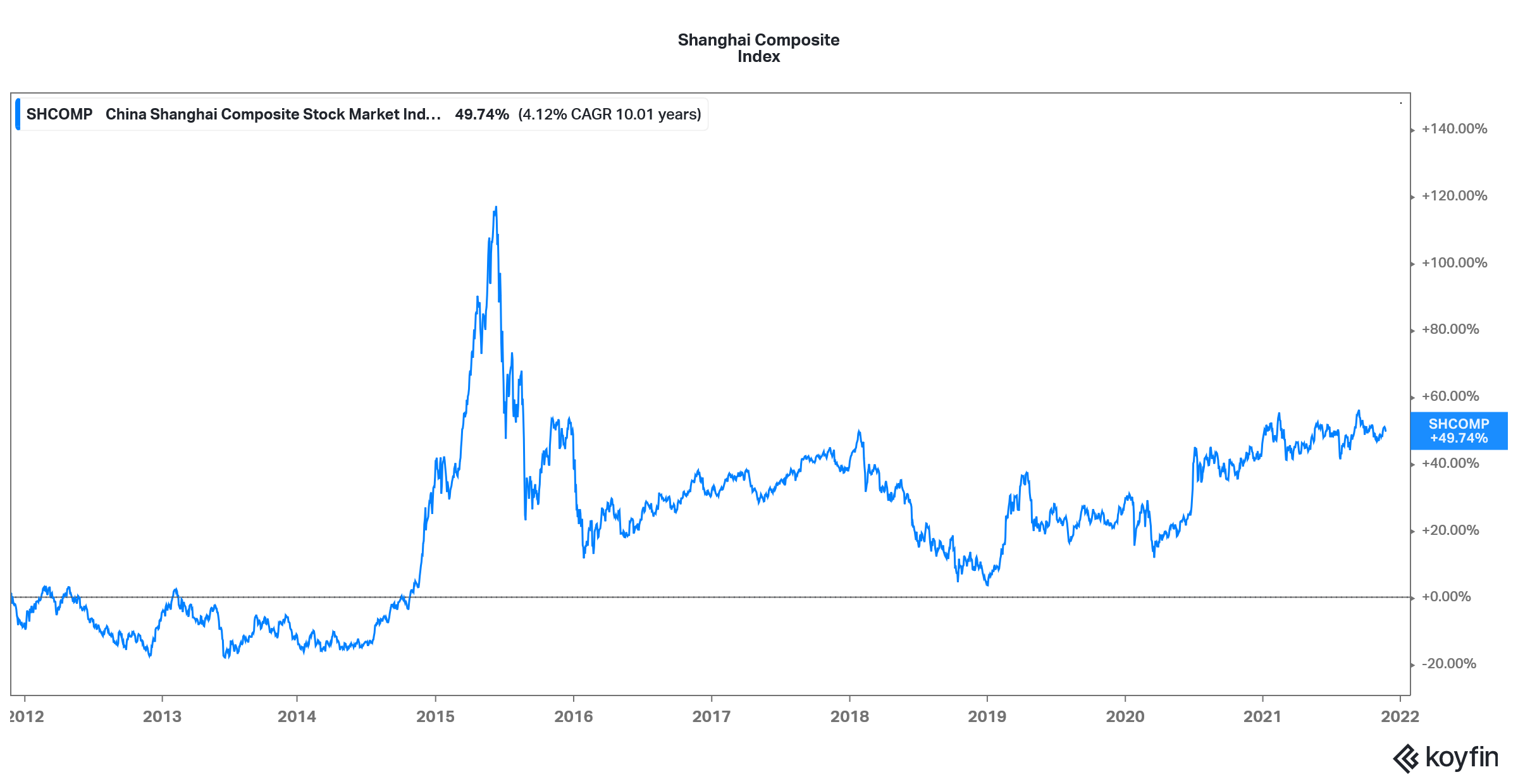 The Chinese economy is slowing down

That said, the consumption growth in China has also come down as was highlighted by Alibaba’s fiscal second-quarter 2022 earnings. To sum it up, regulatory uncertainty, a slowing economy, geopolitical risks, and the real estate debt crisis are among the prominent risks that investors would face while investing in China. To add to that, the US-listed Chinese stocks also face the risk of delisting from the US markets. While many don’t see that as a realistic possibility given the loss US investors would face in the event of a delisting, we can’t rule that out given the souring US-China relations.

Meanwhile, investing in stocks, especially those in emerging markets has always been risky. However, what matters is that whether risks are properly priced and appreciated. Despite the slowdown in China, the country remains among the fastest-growing major economies. Also, while many criticize its high-handed handling of the COVID-19 pandemic and the ambiguity over the origins of the deadly virus, the country has handled the pandemic much better than liberal western democracies.

Many fund managers including Cathie Wood of ARK Invest believe that there is a structural deterioration in the valuation of Chinese companies after the crackdown. There certainly is merit in the argument. Apart from the policy uncertainty, it seems Chinese companies might have to also invest in Xi Jinping’s common prosperity program. Alibaba has already committed billions towards the program. While the investment is “voluntary” more companies might have to commit funds towards the program.

The MSCI China Index now trades at 13 times its forward earnings which is much below other major markets, both developed as well as emerging. The low valuation multiples are indicative of the higher perceived risk of investing in Chinese stocks.

The valuation disparity between Indian and Chinese stocks has prompted BlackRock, which is the largest asset manager globally, to pivot from Indian to Chinese stocks. Goldman Sachs also finds Chinese stocks attractive.

The massive underperformance of Chinese stocks as compared to Indian stocks has made the former look attractive to several fund managers. “There is more opportunity to allocate to China as the performance disparity between the two countries is one of the largest on record,” said Tom Masi, a New York-based portfolio manager.”

Where to invest in China?

Meanwhile, the question could be, which Chinese stocks should you invest in. One approach could be to look at beaten-down Chinese tech names like Alibaba. The worst seems to be over for the Chinese e-commerce giant and it should deliver good returns over the medium to long term.

Also, it would be prudent to look at Chinese stocks that are not at risk of a crackdown. Chinese EV stocks are one asset class that actually benefits from the country’s policies. China has also invested in EV stocks like NIO and Xpeng Motors. The country wants to increase EV penetration in the country and sees it as a strategic industry.