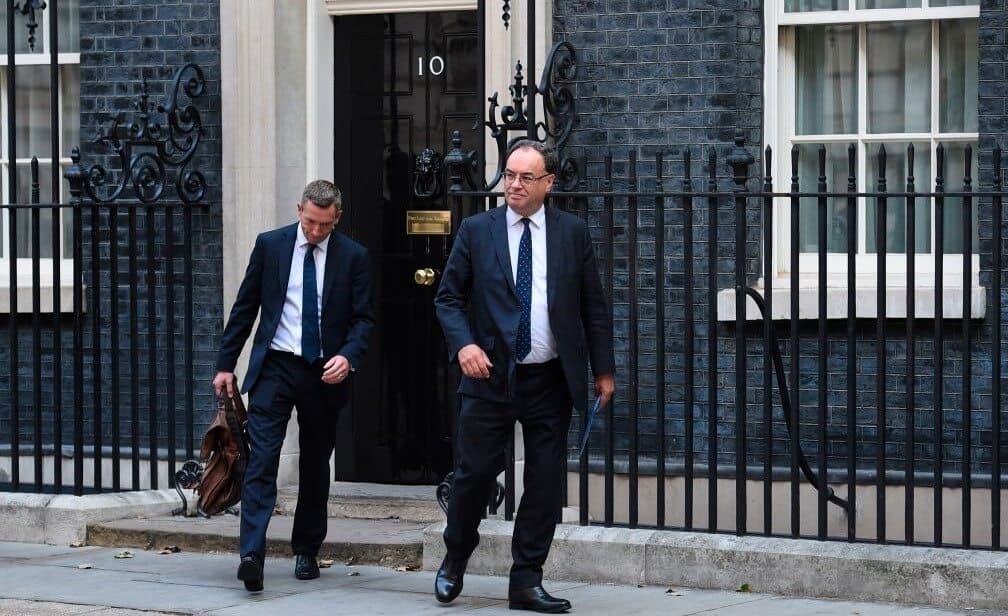 Economists will look to see if the Bank of England (BoE) on Thursday will signal that it is prepared to print more money to finance the government’s efforts to shore up UK firms as it battles the coronavirus pandemic.

The Bank’s Monetary Policy Committee cut rates twice in March to an all-time low of 0.1 per cent and ramped up its government bond-buying by a record £200bn, taking its quantitative easing total to£645bn. It is expected to hold off on fresh monetary policy action this week.

But further quantitative easing could be on the cards. The central bank has bought £70bn of assets since the programme was announced on March 19 — double the rate of purchases seen during the financial crisis, according to Paul Dales of Capital Economics.

At the current rate the BoE will complete its purchases by the end of June and may need to announce more to convince investors that the huge issuance coming from the government can be digested.
Analysts at Citi expect BoE governor Andrew Bailey (pictured, center), who succeeded Mark Carney in March, to announce a further £200bn of quantitative easing on Thursday, or at least provide “a strong signal” in that direction for the June meeting.

Bank may deliver range of scenarios rather than forecast

In March the Bank of England,  announced a wide range of measures designed to combat the economic impact of the virus. The immediate impact of the crisis is clearly deflationary with unemployment rising and retail demand suppressed. The slump in oil prices will bring down consumer price inflation, which the Bank expects to fall from 1.7 per cent in February to below 1 per cent this spring.

The Office for Budget Responsibility released a scenario two weeks ago in which the UK economy shrinks by 13 per cent in 2020. It said it was not a forecast, however, as there is too much uncertainty about coronavirus and the economy.

The Bank’s policymakers are also refraining from making an official forecast. Some economists say the Bank will simply present a range of scenarios instead this week.

Measures introduced in March are designed to get credit directly to companies that need it, including the CCFF – or Covid Corporate Financing Facility – for larger firms and the CBILS – or Covid Business Interruption Loan scheme for small-to-medium enterprises.

But Russ Mould, investment director at AJ Bell said: “The question that remains here is whether firms wish to take on additional liabilities – that will have to be paid back – when they have little or no visibility as to their income and may already have more borrowings than they would like.”

You can buy stocks or by using one of our featured best stock trading apps, or you can also get exposure to the UK market by buying an ETF or by trading CFDs that track UK companies.