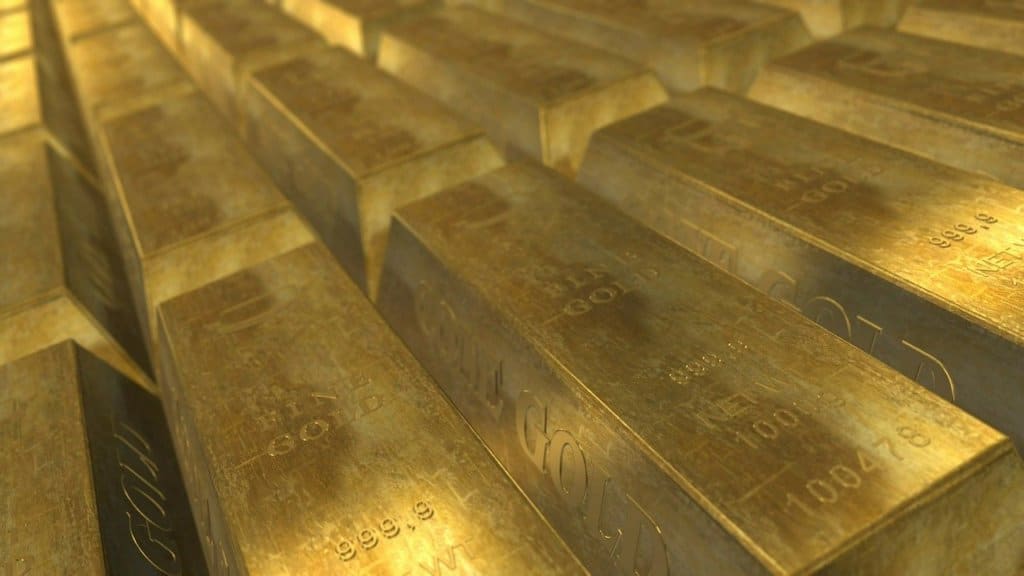 Gold futures are climbing above the $1,900 threshold for the first time since early November as the US dollar continues to dive.

The precious metal is gaining nearly 2% so far in early commodity trading activity at $1,935 per ounce, accumulating a 9% gain since its 30 November lows.

A weaker US dollar partially explains today’s strong uptick in gold futures, as the US dollar index (DXY) is losing 0.51% so far during today’s forex trading activity at 89.475 – posting a fresh new post-pandemic low amid an ongoing debasement.

A risk-on attitude from investors amid the rollout of three different vaccines in multiple developed countries and the recent approval of a $900 billion round of stimulus for the US economy has contributed to the latest weakness seen by the greenback, while the Federal Reserve – the US central bank – remains committed to injecting more liquidity to the country’s financial system in an effort to contain the fallout caused by the pandemic.

Meanwhile, the price of Bitcoin (BTC) has exploded above the $30,000 level recently – although the cryptocurrency is seeing a sharp correction today – as retail traders have flocked to the crypto asset in hopes that it might become a more popular store of value than gold among investors.

However, data from ETF-tracking website ETF.com shows that the two biggest exchange-traded funds (ETF) that track the price of gold – the iShares Gold Trust (IAU) and the SPDR Gold Trust (GLD) – received more than $100 million each in inflows during the last days of December as investors flocked to the precious metal to hedge against a declining dollar.

The prospect of higher inflation in the United States amid the injection of trillions of dollars in inorganic money is one of the factors that has been pushing gold prices higher in recent months.

However, a persisting virus situation has decelerated the velocity of money – an economic indicator of how fast money moves throughout the system.

If this situation were to change in the following months amid en-masse vaccinations, investors could increasingly flock to gold in expectation that the true impact of these highly accommodative policies could end up pushing the inflation rate higher.

Gold futures are breaking the 0.5 Fibonacci shown in the chart this morning while the price has found strong support at the $1,850 level lately as well.

The combination of today’s break along with such a close support could lead to a strong bull run over the coming days, with the MACD already moving to positive territory while the RSI heads to overbought.

This sudden change in the price trend is also accompanied by a break of the recent downward trend that started after the sharp early August pullback. This downtrend has also been categorized as a potential flag pattern – a bullish formation that could lead to the continuation of the July bull run that ended up pushing the price of gold to all-time highs.

At this point, a break above the 0.618 Fibonacci could precede an even stronger uptick. If this were to happen, the $2,000 level would become a plausible target for gold as late buyers will likely step in.

This view is also reinforced by a golden cross in gold’s short-term moving averages (20-day & 50-day DMA), with the 20 DMA being seemingly ready to provide short-term support for the price action over the coming days.