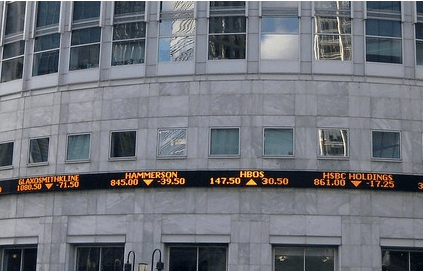 The British FTSE 100 index is rising above the 6,500 level for the first time since the pandemic started, as the approval of Pfizer’s vaccine in the European country has provided a boost for domestic stocks.

Higher oil prices are also contributing to today’s uptick in the ‘footsie’, with Brent crude futures jumping as much as 2.2% during early oil trading activity at $49.45 despite OPEC+ members agreeing to ramp up production by 500,000 barrels per day beginning in January.

Notably, shares of the airline giant IAG Group are trading 4.1% higher today at 177p per share, as confidence towards the commercial aviation sector has been progressively rebuilt since Pfizer (PFE) first release the results of its interim analysis on 9 November.

Only yesterday, British regulators moved to approve Pfizer’s vaccine, with the distribution of the treatment scheduled to start as soon as next week, prioritizing the most sensitive groups of the population including disabled individuals and the elderly.

A total of 40 million vaccines will be rolled out in the following weeks, providing immunity to nearly a third of the country’s 66 million residents.

Today’s uptick in the FTSE 100 blue-chip index is a major advance to step out of bear territory, as the benchmark has managed to trim its yearly losses from 26% in late October to 13% now.

A first target for the index could be set at 7,100 over the next few weeks, which would correspond to the 1.618 Fibonacci level shown in the chart.

One of the most interesting developments in the price action occurred on 1 December, when a bullish engulfing candle showed up as the index erased the entire losses it saw during the prior session as both Pfizer (PFE) and Moderna (MRNA) submitted applications to get their vaccine candidates approved.

It would be positive to see an even stronger rally in the following days to avoid a bearish divergence in the 1-day RSI, while the MACD oscillator has not yet sent a clear short-term buy signal although it is still hovering on positive territory.

Aggressive traders could take a long position now, in expectation that the index will move higher in the following days towards that 7,100 target. A tight stop-loss would be a good idea in case market players decide to take profits from this 4-day rally during the following sessions.

Conservative traders, on the other hand, could wait until the price action takes a breather to enter a position at a much more advantageous price point.