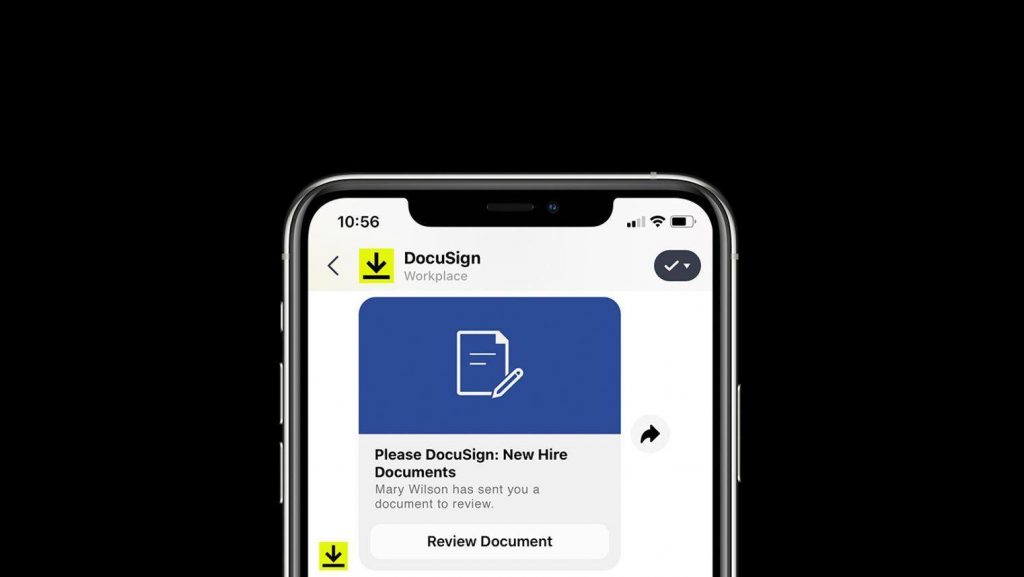 DocuSign stock was trading sharply higher in US markets trading today after its fiscal third quarter 2021 earnings smashed estimates. It is among the basket of so-called stay-at-home stocks that have rallied this year.

DocuSign reported the earnings for its fiscal third quarter that ended October 31 yesterday. Its revenues increased 53% year over year to $382.9 million and were ahead of the $361.2 million that analysts were expecting.

DocuSign reported adjusted earnings per share of 22 cents which was nearly double the 13 cents per share that analysts were expecting. The company’s earnings more than doubled as compared to the corresponding quarter last year.

Markets rewarded DocuSign for its splendid earnings beat and the stock was trading sharply higher in the premarket. Snowflake, which reported its earnings on Wednesday after the close of markets also rallied 16% yesterday after earnings beat estimates. Notably, Snowflake stock was trading sharply lower in pre markets on Thursday amid slowing growth but eventually not only did it recoupled the losses but closed with massive gains.

Salesforce and Zoom Video Communications, both of which reported earnings earlier this week however tumbled after the earnings release. In Zoom’s case, concerns over slowing growth overshadowed the earnings beat while Salesforce announced the acquisition of Slack at a massive premium that triggered a sell-off in its stock. 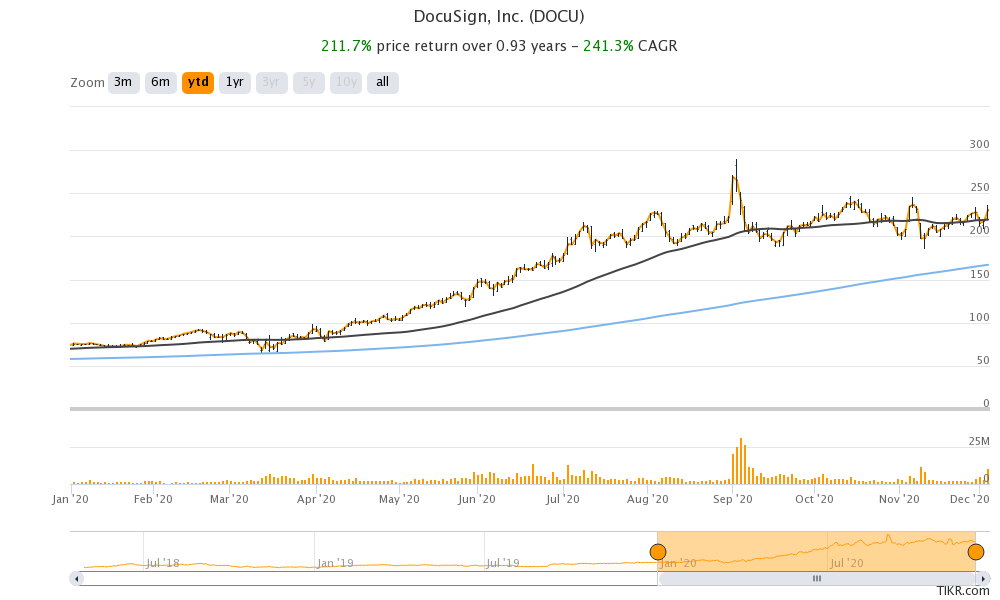 DocuSign, along with Zoom, Peloton, and Amazon are among the stay-at-home stocks that have seen an increase in demand during the COVID-19 pandemic.  “As companies accelerate the digital transformation of their business and agreement processes, DocuSign’s role as an essential cloud platform continues to grow,” said Dan Springer, DocuSign CEO in the earnings release. He added, “Our Q3 results reflect that tailwind, as well as the immediate and long-term value that customers see from eSignature and our broader Agreement Cloud.”

DocuSign expects to post revenues between $404-$408 million in the fiscal fourth quarter. It expects its adjusted gross margin to be between 78-80%. The company’s guidance was better than what analysts were expecting.

“Amidst the ongoing macro uncertainties, we have seen tremendous demand for our products this year as businesses have accelerated their digital initiatives and moved quickly to adapt to the new environment,” said DocuSign’s CFO Cynthia Gaylor during the earnings call. She, however, cautioned “While we expect the digital-first trend to continue into the future and drive DocuSign’s growth at scale, the peak growth rates in any given quarter may not be sustained indefinitely.” Sounding positive on the growth even after the pandemic is addressed, she said “We don’t see customers going back to pen and paper.”

Other key highlights of DocuSign’s earnings

DocuSign’s total customers have increased by 46% over the last year. The company reported a net revenue retention rate of 122% and delivered record profitability in the quarter. In the quarter, it had 548 customers with annual spend over $300,000, a year over year increase of 35%.

How has DocuSign stock performed in 2020?

DocuSign stock has risen over 211% so far in 2020 and is among the biggest gainers. It was trading almost 3% higher at $237.9 in the premarket today. It trades at an NTM (next-12 months) enterprise value to revenue multiple of 25x. However, the high valuation multiples should be seen in the context of its strong growth and high margin business.

You can buy DocuSign stock through any of the best online stockbrokers. Alternatively, if you wish to trade derivatives, we also have reviewed a list of derivative brokers you can consider.