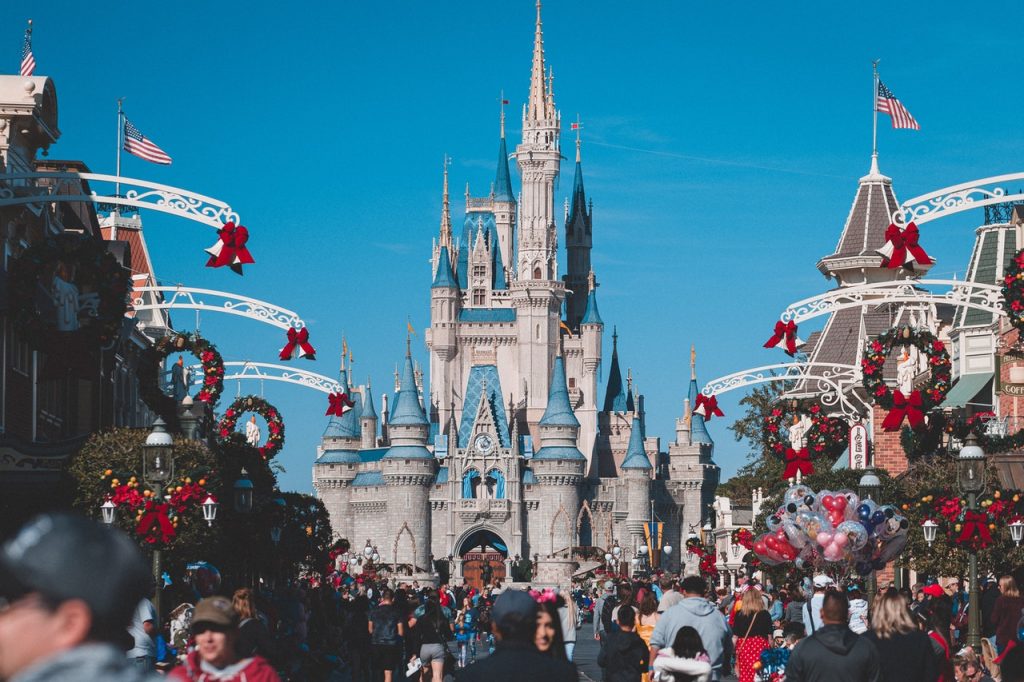 Disney stock was trading higher in US premarket trading today as its earnings beat estimates and the company reported strong growth for its streaming service.

Disney reported its fiscal first quarter of 2021 earnings yesterday after the markets closed. The company’s total revenues tumbled 22% year over year to $16.25 billion. However, they were ahead of the $15.9 billion that analysts polled by Refinitiv were expecting.

The fall in revenues is not surprising to comprehend. The COVID-19 pandemic and the lockdowns have led to a loss of revenues for outdoor entertainment companies like Disney. The company’s iconic theme parks are either closed, as is the case in California, or at operating at a lower capacity.

Looking at the fiscal first quarter performance, Disney’s Parks segment reported a 53% year-over-year fall in revenues. The Media and Entertainment Distribution segment’s revenues fell 5% over the period to $12.6 billion. Disney’s direct-to-consumer business was a shining star in the quarter and revenues rose 73% year over year to $3.5 billion. The strong growth in the direct-to-consumer business helped the company somewhat offset lower revenues in other segments.

Disney reported an adjusted profit of $0.32 per share in the quarter while analysts were expecting the company to post a loss of $0.41 per share. The earnings beat coupled with strong growth in the streaming business cheered markets and the stock was trading higher in US premarket trading today.

“We believe the strategic actions we’re taking to transform our Company will fuel our growth and enhance shareholder value, as demonstrated by the incredible strides we’ve made in our DTC business, reaching more than 146 million total paid subscriptions across our streaming services at the end of the quarter,” said Bob Chapek, Disney’s Chief Executive Officer.

He added, “We’re confident that, with our robust pipeline of exceptional, high-quality content and the upcoming launch of our new Star-branded international general entertainment offering, we are well-positioned to achieve even greater success going forward.”

Disney’s streaming subscribers have been growing at a fast pace. The service was launched in November 2019 only and in less than two years it has managed to grow rapidly. At the end of its fiscal year 2020 that ended on 3 October 2020, Disney reported 73.7 million subscribers.

Disney is upbeat on streaming

Disney management is upbeat about its streaming business and last year it restructured the business to focus on streaming. At the investor’s day in December, Disney had outlined aggressive expansion plans for its streaming service. At the event, the company said that it expects Disney+ subscriber numbers to triple by fiscal 2024 to between 230-260 million. After adding the subscribers for Hulu and ESPN+, Disney expects to have been 300-350 million subscribers by the end of 2024. 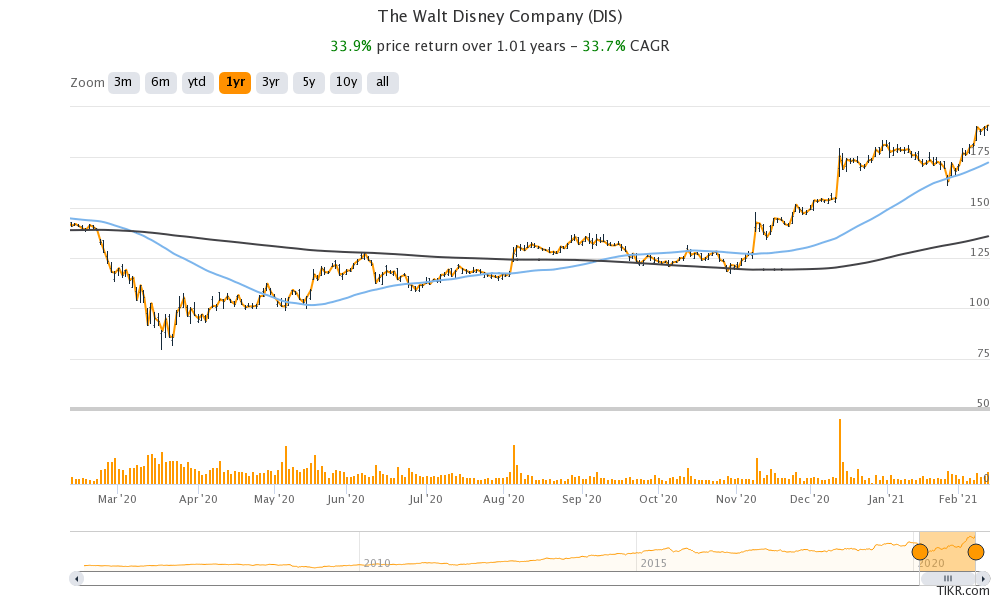 Disney+ has 94.9 million subscribers at the end of the fiscal first quarter. Across all kits platforms that include Hulu and ESPN+, Disney had 146 million subscribers. In contrast, Netflix had 204 million paying subscribers at the end of 2020. While Disney has been a later entrant in the streaming market, its numbers are fast catching up with Netflix whose growth rates have come off the highs that we saw in the first half of 2020.

When will Disney’s Parks open in California?

Disney’s theme park in California is doubling down as a COVID-19 vaccination center and the company said during the earnings call that 100,000 doses of the vaccine have been administered at its park. In response to an analyst question that whether the Parks segment would reach 2019 revenues by 2020, Chapek was noncommittal. He said, “We have no doubt that when we reopen up in parks that were closed, or increase the capacity, that we’ll have some level of social distancing and mask wearing for the remainder of this year.”

Commenting on Dr. Anthony Fauci’s statements on vaccination, he added, “But I believe that Dr. Fauci said earlier today that he hopes that there’s vaccines for everyone who wants them by April this year. If that happens, that is a game changer. And that could accelerate our expectations and give people the confidence that they need to come back to the parks.”

There could be a pent-up demand for Disney’s Parks once they open. They would help the company’s earnings. On the other hand, growth in its streaming vertical would support not only earnings growth but also an expansion of its trading multiples.

Disney stock is trading near its highest valuation multiples ever as markets now see it as more of a streaming platform. Streaming companies attract a higher valuation than entertainment companies as they are seen as tech companies.

Disney has an average price target of $165.17 which is a discount of 13.5% over its 11 February. The stock’s highest price target is $210, while $96 is the lowest according to estimates compiled by MarketBeat.

Of the 31 analysts that are covering Disney, 23 rate it a buy or higher, while seven rate it a hold. One analyst has a hold rating on Disney stock. UBS Citigroup, Moffett Nathanson, and JP Morgan Chase increased their target price on Disney stock last month. JP Morgan Chase has the Street’s highest price target for the stock. After the company’s stellar fiscal first quarter earnings report, more analysts could take a positive view of the stock.