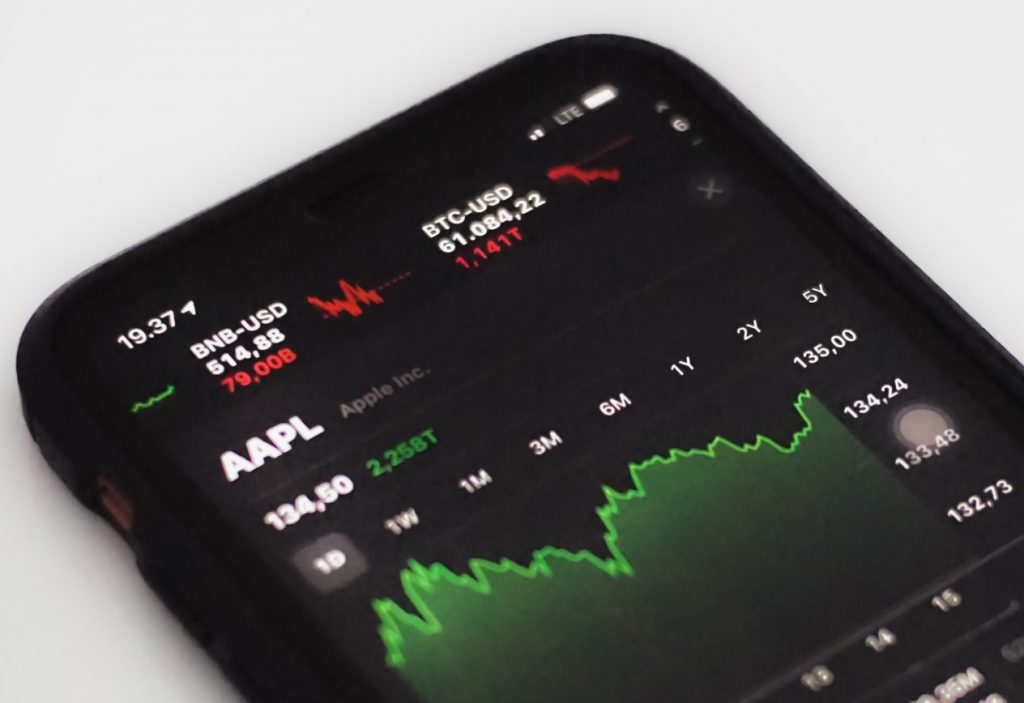 Apple stock is down 5% so far in 2021 and is underperforming the broader markets as well as the FAANG peers. Can the stock reverse its recent underperformance and hit the $3 market capitalization that some analysts are projecting?

In the FAANG pack, Apple is the second-worst performer in 2021 while Netflix is the worst performer. Netflix has been facing intensifying competition as legacy media companies like Disney and Discovery have ramped up their streaming business. While these companies are witnessing high growth, albeit, from a lower base, Netflix has been reporting tepid growth numbers after the surge in the first half of 2020.

As for Apple, nothing much has changed for the bullish narrative. However, there has been a sell-off in tech names which seems to be hurting the stock. Meanwhile, Wedbush analyst Dan Ives has issued a bullish note on the stock and expects its market capitalization to hit $3 trillion in 2022.

Currently, Apple is the largest company globally with a market capitalization of $2.1 trillion. Ives expects the market cap to hit $3 trillion over the next 12-18 months. “If you look at the innovation, if you look at the supercycle playing out in the services business right now, I believe this is just sort of the next stage of growth,” said Ives.

He is particularly bullish on Apple’s services business which is growing faster than the consolidated revenues. Ives values the services business at $1 trillion currently and expects the valuation to rise to $1.5 trillion which would add another $500 billion to Apple’s valuation.

“They have put an iron fence around their install base, continue to monetize it, and the bears and skeptics will continue to doubt them,” said Ives on the company’s services business. He added that the company continues to “prove them wrong.” Reiterating his bullish views Ives said, “Which is why when I look around the corner, despite this digestion period, I see a $3 trillion market cap (in) 2022.”

Higher regulatory scrutiny is a risk for Apple

Ives sees higher regulatory scrutiny as a risk for Apple as it scales towards $3 trillion market capitalization. Notably, Apple is facing antitrust issues in several jurisdictions and is also facing a court battle with Epic Games, the maker of Fortnite.

Epic Games had accused both Apple and Alphabet of monopoly over the high fees that they charge on the play store. Fortnite was booted out of the app stores after it was accused of breaching the policies. Apple and Alphabet charge up to 30% of the revenues on app stores which is a sore point for developers.

He alleged, “In recent years, Apple has introduced rules to the App Store that purposely limit choice and stifle innovation at the expense of the user experience—essentially acting as both a player and referee to deliberately disadvantage other app developers.”

Munster is bullish on Apple stock due to the work-from-home story. “This is generally thought of as a play on iPhone, a 5G play. That’s good. That will impact the numbers in a positive way, but this acceleration of digital transformation, I think it’s powerful,” said Munster. He believes that the work-from-home would increase the demand for Apple products over the next couple of years. 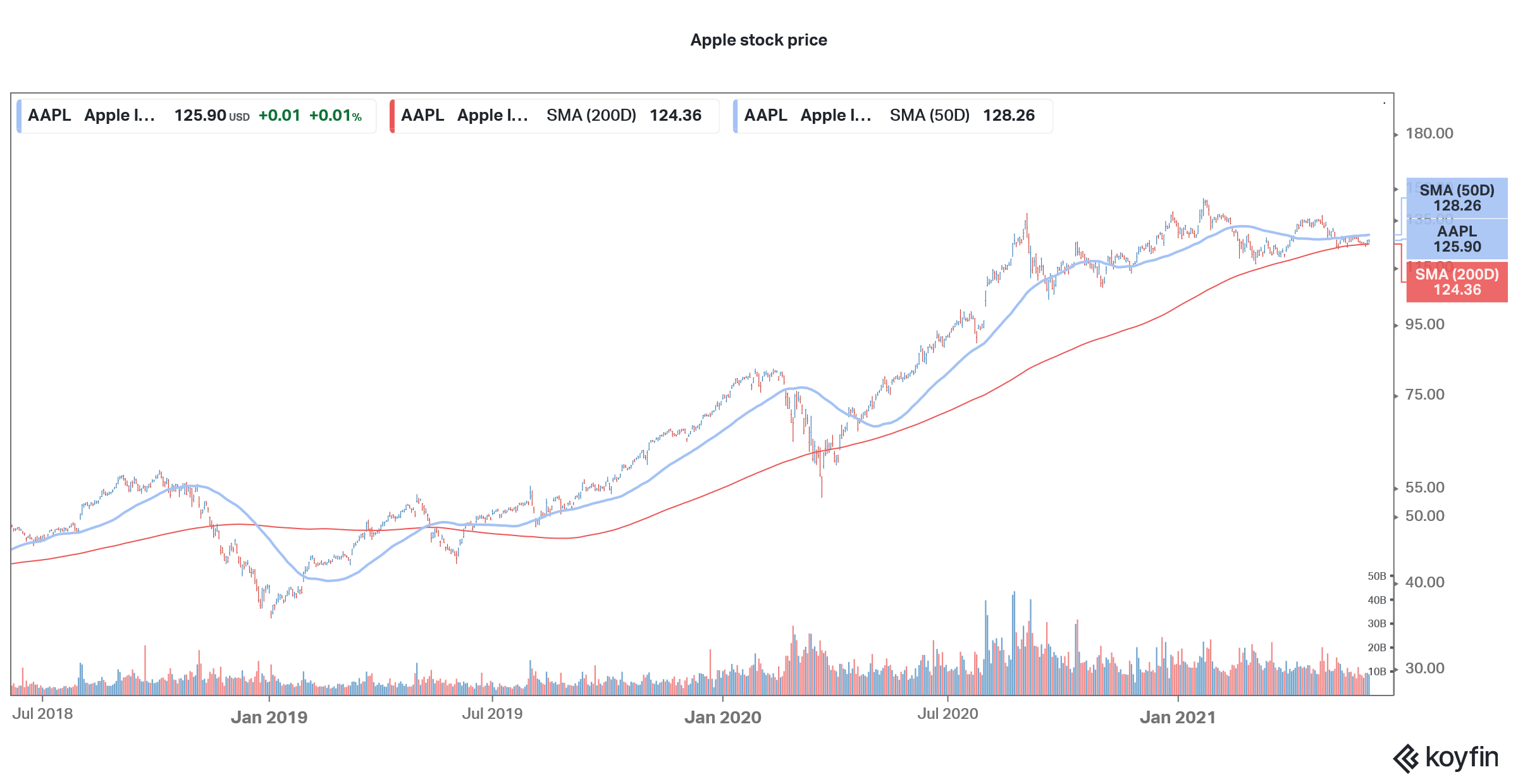 Meanwhile, at the Worldwide Developers Conference (WWDC) Apple has revealed a new service called iCloud+ which will have a feature “privacy relay.” The feature will work like a VPN and help users mask their browsing history. The feature meanwhile will not be available in China as it is not in conformity with the laws in the communist country. The company also allowed a flurry of other features including iOS 15 for the iPhones.

The company is also overhauling the FaceTime app which would help it better compete with Zoom Video Communications. Zoom stock has risen sharply over the last year amid increasing demand for Zoom’s video callings services. However, the shares have looked weak after peaking last year amid the sell-off in “stay-at-home” stocks. Investors have instead found value and cyclical stocks attractive as the economy reopens.

In the medium term, the 5G supercycle and services business will help support a rally in Apple stock. However, in the long term, the company’s rumored electric vehicle foray could add value.

Morgan Stanley analyst Katie Huberty sees it as a big opportunity for Apple. “Smartphones are a $500bn annual TAM. Apple has about one-third of this market. The mobility market is $10 trillion. So Apple would only need a 2% stock of this market to be the size of their iPhone business,” she wrote in a client note.

Meanwhile, Apple’s electric car looks at least five years away. Also, so far, the company hasn’t been able to sign up partners for the project. But many believe that Apple could be a formidable competitor to Tesla whose CEO Elon Musk was once contemplating selling the company to Apple.