Airline stocks were very volatile in US premarket trading today. Congress approved the $900 billion COVID-19 stimulus bill that has a $15 billion package for the ailing airline industry. However, travel bans in Europe more than offset the stimulus news and airline stocks turned negative.

The global airline industry has been among the worst hit by the COVID-19 pandemic. As the pandemic began, countries shut down international flights and followed up with curtailing domestic flights. While flights have since resumed, they are nowhere near the pre-pandemic levels.

Under the CARES act, the US airline industry got a stimulus package that barred them from laying off their employees. However, as the stimulus ended in September, aviation companies were left with little option but to furlough their employees.

At the beginning of October, American Airlines and United Airlines announced a cumulative 32,000 layoffs. The companies had been warning of layoffs as lawmakers could not agree to the new stimulus package before September. Now, with US election results out and Joe Biden set to become the 46th US president next year, Congress has finally approved the $900 billion stimulus package.

The US airline industry has got a $15 billion stimulus which is lower than the $25 billion that the industry was originally seeking. As part of the $2.2 trillion CARES Act, the industry got $25 billion as payroll support. The stimulus helped them pay the employee salaries at a time when revenues largely dried up while losses climbed.

Now, as part of the $15 billion stimulus deal, the industry would have to recall the 32,000 employees that were furloughed after the previous round of stimulus expired. Notably, if the US airline sector did not this stimulus, more layoffs and pay cuts were likely in the industry.

Earlier in December, Southwest Airlines which prides itself on the fact that it has never furloughed employees in its five-decade history had warned of 7,000 job cuts if it did not manage to reach a cost-cutting deal with labor unions. 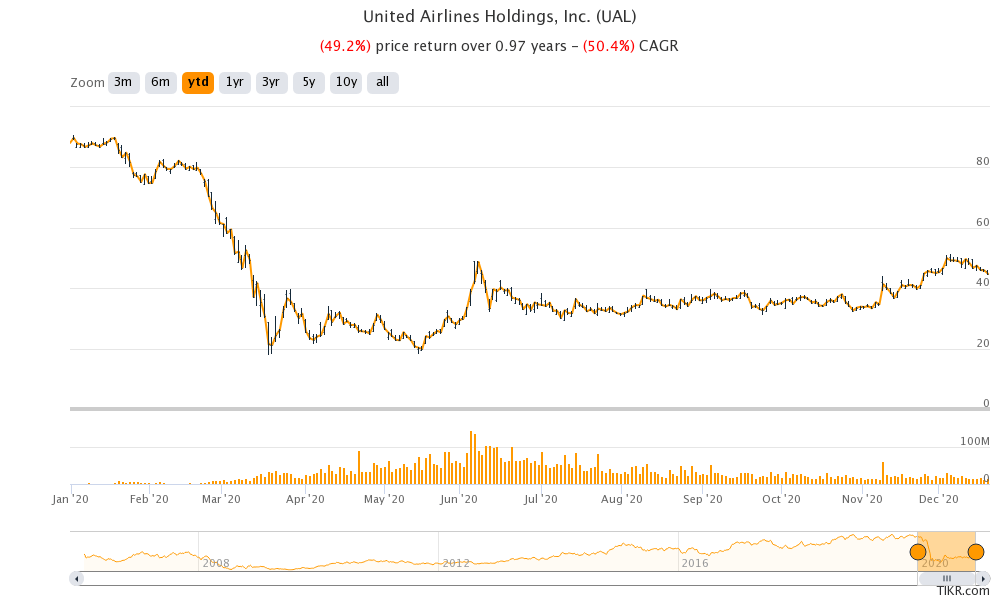 While the airline sector has faced challenges in the past including after the World Trade Tower bombings and the 2008-2009 Global Financial Crisis, the Covid-19 pandemic is the worst crisis that the global aviation industry is ever facing. The troubles at airline companies have trickled down to the entire aviation industry value chain. While the sector managed to get a big stimulus earlier this year, it was not enough to offset the pandemic’s impact.

Aircraft manufacturers like Boeing and Airbus are also battling fewer orders from the cash-starved airline companies. Component manufactures are also having a tough time with engine manufacturer Rolls-Royce battling a survival fight. Even Berkshire Hathaway has been hit by the aviation crisis. The company’s subsidiary Precision Castparts, which produces components for aircraft manufacturers wrote down the value of its assets by $9.8 billion in the second quarter of 2020. That’s almost a third of the price that the Warren Buffett led company paid to acquire it in 2015.

In April, Berkshire Hathaway sold the stake in all four airline companies that it was holding at a massive loss. The Oracle of Omaha as Buffett is known as admitted to a mistake in airline stocks and admitted “I was wrong about that business.” Previously, Buffett has admitted to mistakes in not buying Amazon and Alphabet. However, the company took a small stake in Amazon in 2019. But it was a different investment manager at Berkshire that took the position.

Commenting on the sale of airline stocks, Warren Buffett said, “We like those airlines but the world has changed…and I don’t know how it’s changed.” Last week, in an interview with CNBC, Buffett and Berkshire Hathaway’s vice chairman Charlie Munger called upon lawmakers for more stimulus for small businesses calling it an “economic war.”

Airline stocks rally after the stimulus is approved

While airline stocks were trading with gains in US premarket trading, they pared gains as European nations suspended travel to the UK. American Airlines, Delta Airlines, and United Airlines were respectively down 3.6%, 3.8%, and 2.7% today. Looking at the year-to-date price action, these companies are respectively down 42.4%, 30.4%, and 49.2%.

The travel and tourism sector is among the worst affected by the pandemic. There are hopes that the vaccine rollouts would help end the pandemic and we’ll see near-normal business activity by the end of 2021. Also, there could be strong pent-up demand for air travel and holidays next year as many people missed out on their travel plans in 2020 due to the pandemic.

How to buy airline stocks?