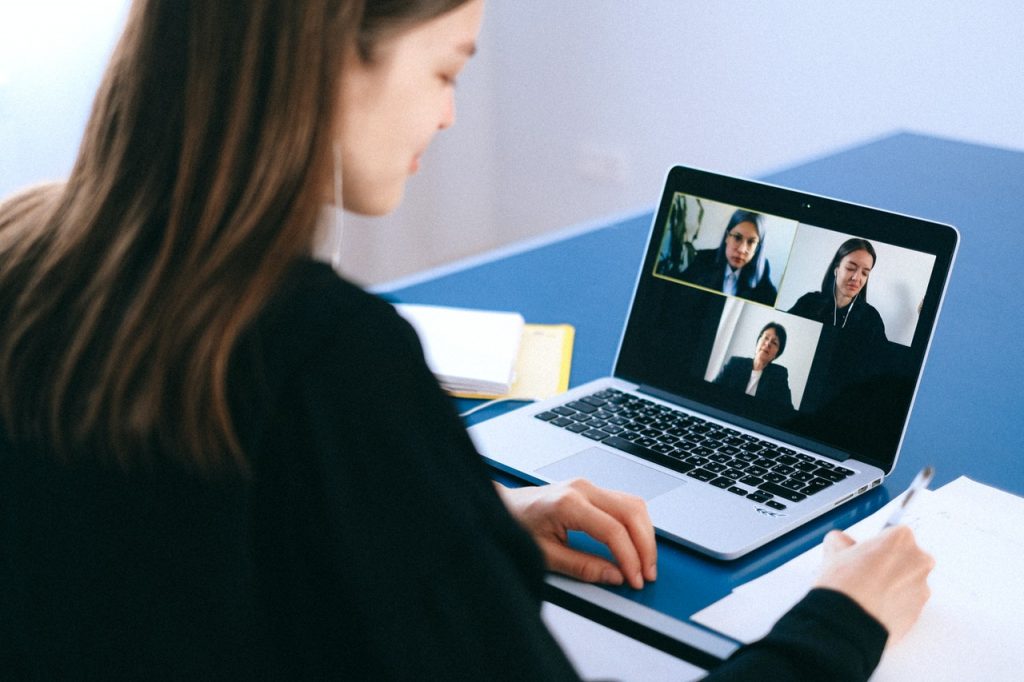 Zoom released its fiscal fourth quarter earnings yesterday after the close of markets. It reported revenues of $882.5 million in the three month period ending 31 January 2021. The revenues increased 369% year over year and were higher than the $811.8 million that analysts were expecting.

Looking at the full year numbers, the video calling company reported a 326% year-over-year increase in revenues. In the last three quarters, the company’s revenues have increased by over 350% each and have been better than its guidance as well as street estimates.

Meanwhile, along with stellar topline performance, Zoom also posted better than expected earnings in the quarter. The company reported an adjusted EPS of $1.22 in the quarter which was ahead of the $0.79 that analysts polled by Refinitiv were expecting.

“The fourth quarter marked a strong finish to an unprecedented year for Zoom. In FY2021, we significantly scaled our business to provide critical communications and collaboration services to our customers and the global community in response to the pandemic,” said Eric S. Yuan, Zoom’s CEO. He added, “We are humbled by our role as a trusted partner and an engine for the modern work-from-anywhere environment. Our ability to rapidly respond and execute drove strong financial results throughout the year.” 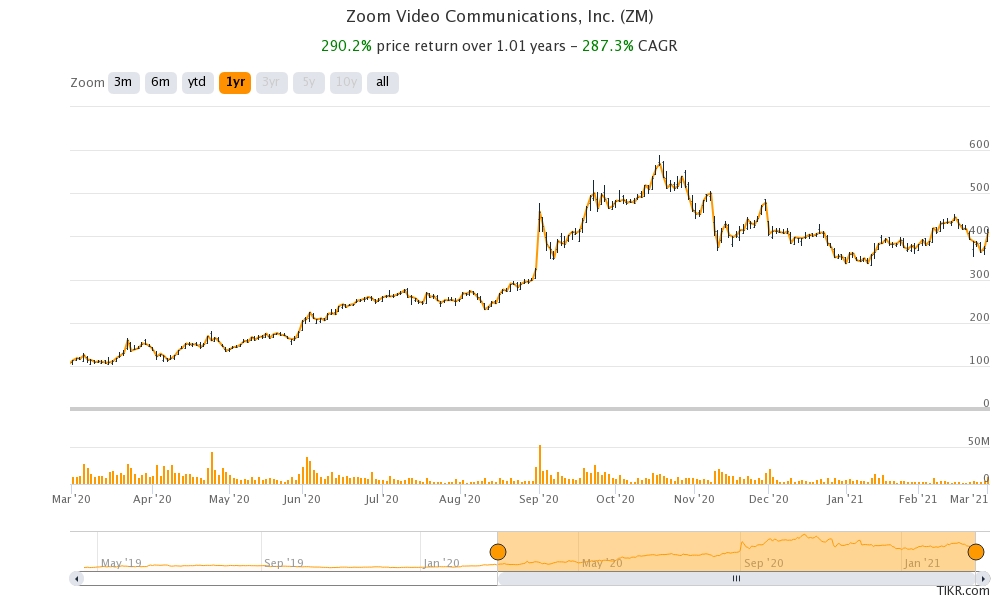 If Zoom’s fiscal fourth quarter performance surpassed analysts’ estimates, its guidance looked equally good. The company expects to post revenues between $900-$905 million in the fiscal first quarter of 2022 which at the midpoint would represent a 175% year over year growth. The company expects to post an EPS of $0.95-$0.97 in the quarter. Both the projected revenues as well as earnings were ahead of analysts estimates. Analysts polled by Refinitiv were expecting the company to report revenues of $829.2 million in the fiscal first quarter of 2022 and an adjusted EPS of $0.72.

Meanwhile, after more than quadrupling its revenues in the fiscal year 2021, Zoom expects its fiscal 2022 revenue growth at 42% at the midpoint of the guidance. While the growth rates are expected to come down, Zoom’s guidance was ahead of what analysts were expecting.  Zoom expects to post an EPS of $3.65-$3.76 in the fiscal year 2022 which was also much better than the $2.96 that analysts were expecting.

“As we enter FY2022, we believe we are well positioned for strong growth with our innovative video communications platform, on which our customers can build, run, and grow their businesses; our globally recognized brand; and a team ever focused on delivering happiness to our customers,” said Yuan in the earnings release.

Zoom’s gross profit margins also expanded to 69.7% in the fiscal fourth quarter from 66.7% in the previous quarter. In the quarter, the company had 467,100 customers that had more than 10 employees.  The metric rose a healthy 470% from the corresponding quarter last year.

During the quarter, the company had 1,644 consumers that contributed over $100,000 in trailing 12 months revenues. The number jumped 156% from the corresponding quarter in the fiscal year 2020.

Zoom had $4.24 billion in cash and cash equivalents at the end of the fiscal year as compared to $1.87 billion in the previous quarter. During the quarter, Zoom issued stocks worth $1.5 billion. The company followed the thread from some of the other companies like Tesla and NIO that used the spike in their shares to issue new shares.

Thanks to the $13 billion stock issuance last year, Tesla now has more cash on its balance sheet than its total debt. However, in a sign that the available growth opportunities are not commensurate with its soaring cash kitty, Tesla invested $1.5 billion in bitcoins last month. The news took both Tesla and bitcoins to new record highs. However, Tesla, as well as other green energy stocks have come under pressure over the last couple of weeks. Tesla stock that gained 740% in 2020 is barely positive for the year.

Zoom is looking at acquisitions

Commenting on how Zoom plans to deploy its soaring cash pile, CFO Kelly Steckelberg said, “we are constantly looking for opportunities for other interesting companies, potentially M&A activity, that could add either to our talent or our technology.” However, she added, “It’s just as I’m sure all of you know, Eric has a very high bar for both, and so we just haven’t quite found the right match yet, but we keep looking.”

Should you buy Zoom stock?

Meanwhile, despite the stellar growth in the fiscal year 2021, Zoom’s growth is expected to fall sharply in the fiscal year 2022. Given the growth slowdown and the increasing competition from Microsoft Teams, Zoom’s NTM (next-12 months) price to sales multiple of over 30x might look expensive.

You can trade in Zoom stock through any of the best online stockbrokers. Alternatively, if you wish to trade derivatives, we also have reviewed a list of derivative brokers you can consider.