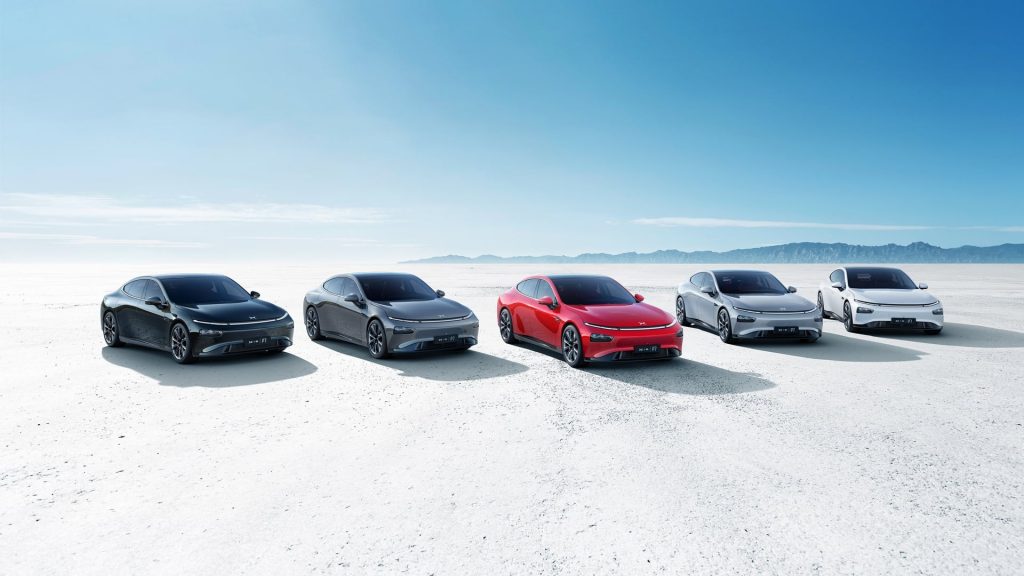 Guangdong Yuecai Investment Holdings Co., Ltd, the investment arm of the Guangdong provincial government has invested money into XPeng. “The investment recognizes XPeng’s leadership position in the Smart EV industry in China and its strategy of developing proprietary R&D tailored for local customer needs,” said the company in its release.

It added, “The investment also acknowledges XPeng’s significant contributions to local economic development, in particular to the transition of the automobile sector, developing advanced EV technologies, and building the connected and intelligent mobility ecosystem and supply chain, as well as to the local talent base expansion in Guangdong Province.”

This is not the first time that XPeng or for that matter a Chinese electric vehicle maker has got an investment from entities linked to the Chinese government. Last year also, the Guangdong provincial government invested 2 billion yuan in XPeng.

China sees the electric vehicle industry as a key growth area and it is part of the country’s “Make in China 2025” plan where it is focussing on advanced manufacturing and shed the country’s image as a producer of low-value goods. NIO, XPeng Motors, Li Auto are among the leading Chinese electric car companies

Notably, China created a separate category for battery swapping that made NIO cars eligible for the country’s electric car subsidy. NIO cars otherwise don’t qualify for the subsidy as its cars ae priced above the threshold that the country has set up for the subsidy.

Notably, NIO offers a battery replacement service that helps it lower the car’s initial price. Buyers can buy NIO cars without the battery which helps to lower the initial buying price. The battery is among the most critical cost elements of an electric car. Furthermore, while NIO cars don’t otherwise qualify for China’s electric car subsidy based on the car price, they are still eligible for it due to the battery swapping technology.

Tesla had also lowered the Model 3 price in China so that its cars become eligible for the country’s subsidies. Tesla cars don’t qualify for the Federal tax credit in the US since the beginning of 2019. 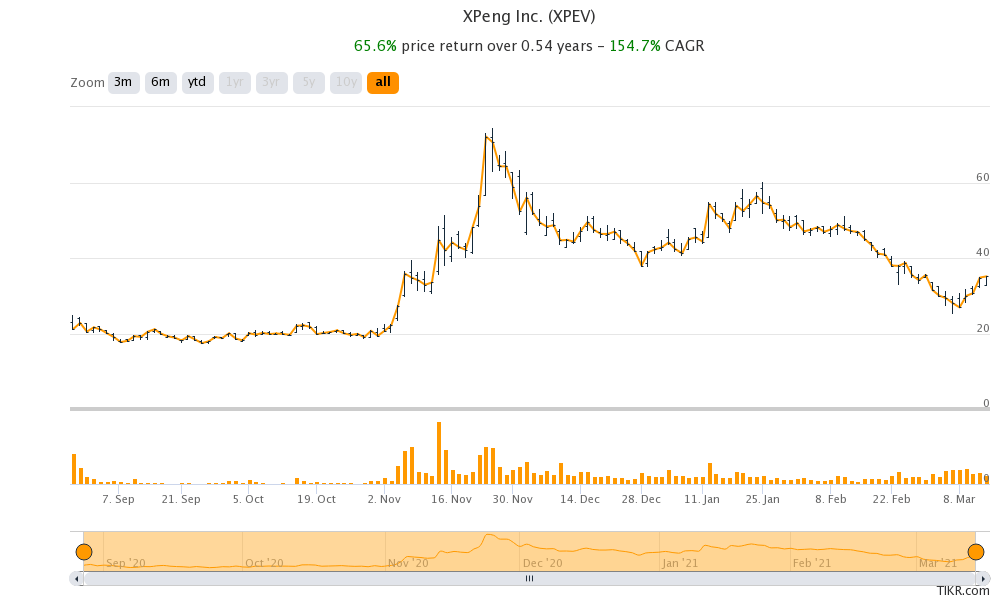 Does XPeng really need the money?

As the tide started to turn for NIO, it started raising cash by selling shares and has raised money by issuing shares thrice over the last year. Coming back to XPeng, the company is not facing a survival threat like NIO and is in no way in dire need of funds. After its $1.5 billion IPO in the US, it raised another $2.5 billion towards the end of the year by way of share issuance.

Nonetheless, the investment from Guangdong Yuecai Investment Holdings is another sign that China is ready to support homegrown electric car makers both financially as well as through supportive policies.

Electric vehicle stocks have been under pressure this year after the sharp rise in 2020 where NIO was among the best performers with over 1,100% gains. XPeng stock has lost almost 18% so far in 2021.

Should you buy XPeng stock

To add a bit more spice to the market is the rumored entry of Apple into electric cars. That said, while Gene Munster of Loup Ventures expects Apple’s entry into the EV market as the biggest threat for Tesla, Apple hasn’t been able to find a partner for its electric car project.

XPeng stock now trades at an NTM (next-12 months) enterprise value to sales multiple of 10.4x which looks reasonable. The multiples have come down maid the crash in XPeng stock.

How to invest in XPeng stock

You can invest in XPeng Motors through any of the reputed online stockbrokers. Alternatively, if you wish to trade derivatives, we also have reviewed a list of derivative brokers you can consider.

An alternative approach to investing in the green energy ecosystem could be to invest in ETFs that invest in green energy stocks. By investing in an ETF, one gets returns that are linked to the underlying index after accounting for the fees and other transaction costs. There is also a guide on how to trade in ETFs.