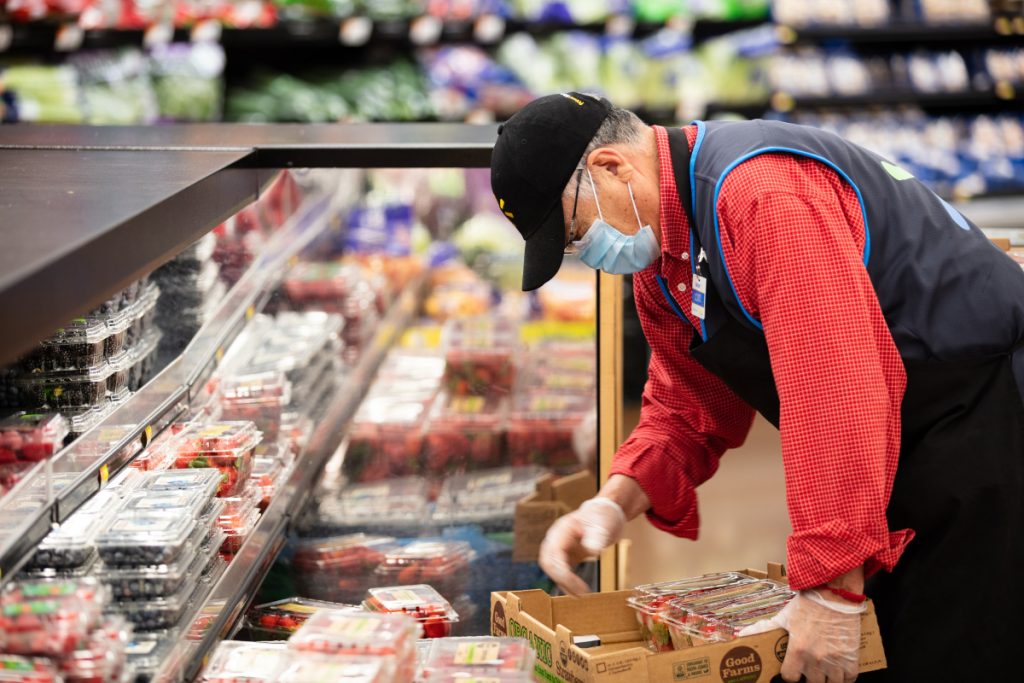 Walmart’s revenues in the fiscal fourth quarter of 2021 increased 7.3% year over year to $152.1 billion. The company’s US comp sales in the quarter increased 8.6% while eCommerce sales rose 69% over the period. Like other brick and mortar retailers, Walmart is investing heavily to expand its eCommerce business. Also, Walmart has been able to capture market share in the US as some of its competitors like JCPenney are in turmoil and are gradually shutting stores.

Walmart International reported a 5.5% year over year increase in sales in the quarter. The sales increase primarily came from higher sales in Canada and Mexico. Flipkart, the Indian eCommerce company that Walmart has acquired, also contributed to the increase in Walmart’s international sales. 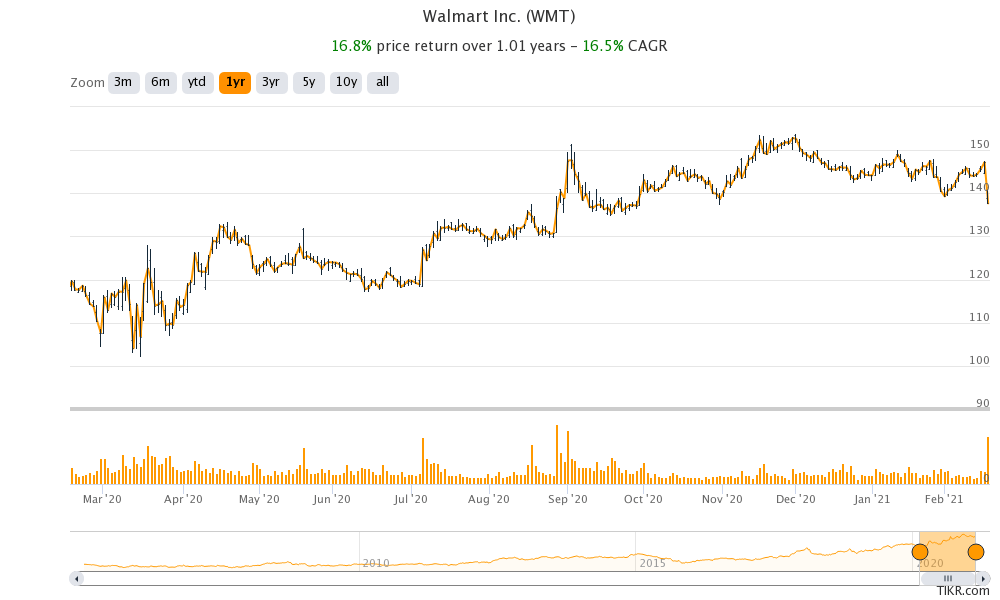 Meanwhile, Walmart expects higher investments as well as expenses in the fiscal year 2022 that will take a toll on its earnings. The company also announced a wage hike for almost a third of its US workers which would take its average pay above $15 per hour even as its minimum starting wage remains at $11. Many US companies have been supportive of the $15 per hour minimum wage and Amazon are among the companies that pay a minimum of $15 per hour in the US.

Commenting on the higher capital expenditure, Walmart’s CFO Brett Biggs said “This spend will allow us to fully optimize our strategy, and in turn, accelerate the company’s top-line and profit growth rates in the mid to long-term.” He added, “After years of transition, these investments should put us in position for 4% plus sales growth and operating income growth rates higher than sales.”

How analysts see the results

“Guidance was muted, locking in gains from last year but stalling profit expansion in favor of critical investments in people and platform,” said Jefferies analyst Stephanie Wissink. According to the estimates compiled by MarketBeat, Walmart’s average price target is $150.43 which is a premium of 9.3% over current prices. The stock’s highest price target is $180 while $98 is its lowest price target.

Should you buy Walmart stock?

Of the 37 analysts covering Walmart stock, 27 rate it as a buy or higher while three analysts rate it as a sell. The remaining seven analysts rate it as a hold. Last month, FIX downgraded the stock from a hold to sell and lowered its price target from $157 to $131. However, Credit Suisse and Royal Bank of Canada reiterated their buy rating on the retailer.

Walmart stock fell 6.5% yesterday and was trading flat in premarkets today. The stock is down 4.5% so far in 2021 but is up 16.5% over the last year. The stock trades at an NTM (next-12 months) price to earnings multiple of 24.4x. It raised its annual dividend to $2.20 during the fourth quarter earnings call. Based on the current stock price, this would mean a dividend yield of 1.59%.

Walmart is getting aggressive

Walmart looks like a good stock to buy and a play on the company’s aggressive online foray. As the company’s CEO Doug McMillion said during the company’s fiscal fourth quarter 2021 earnings call “This is a time to be even more aggressive because of the opportunity we see in front of us.” He added, “The strategy, team and capabilities are in place. We have momentum with customers, and our financial position is strong.”

You can buy Walmart stock through any of the best online stockbrokers. Alternatively, if you wish to trade derivatives, we also have reviewed a list of derivative brokers you can consider.