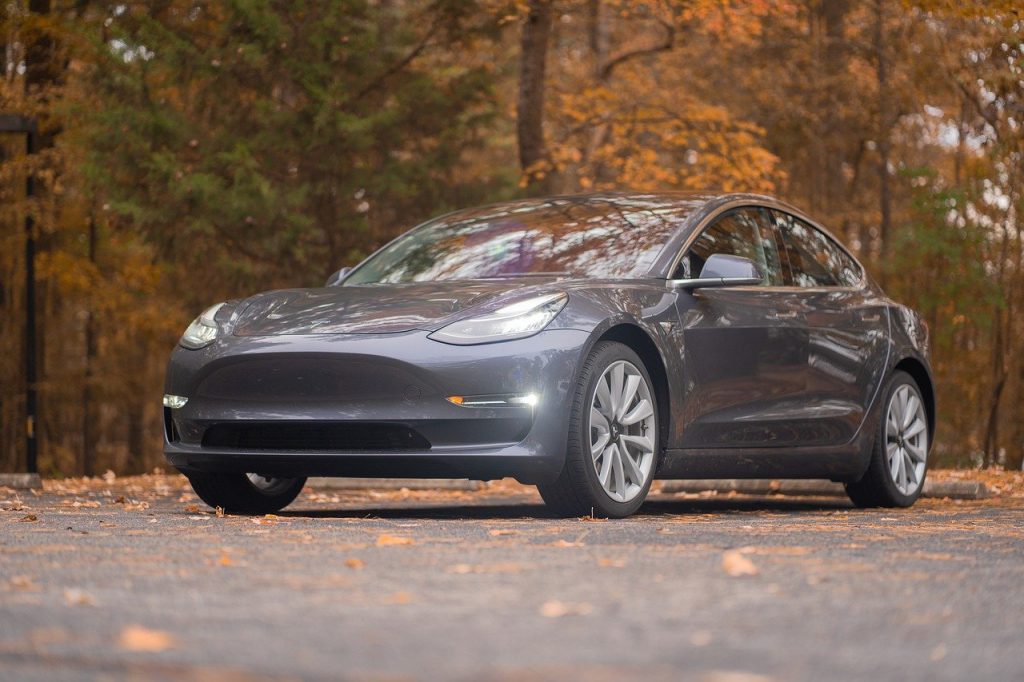 Tesla had missed earnings estimates in the fourth quarter of 2020. Prior to that, the company posted better than expected earnings in all the quarters since the third quarter of 2019. More importantly, all these quarters were profitable for the Elon Musk-run company.

The record deliveries should ideally have led to higher revenues for the company. However, in the first quarter of 2021, Tesla’s sales mix was skewed towards the lower-priced Model 3/Y which is expected to lead to lower revenues despite higher deliveries.

Tesla delivered a record number of vehicles in the first quarter

Analysts expect Tesla to post an EPS of $0.76 in the quarter. This would mean a seventh consecutive quarter when the company would post a profit. During their third quarter 2019 earnings call, Tesla had talked about being sustainably profitable in the future and so far the company has been able to post profits despite headwinds from the COVID-19 pandemic.

Tesla also earned a place in the S&P 500 Index last year as it posted profits for four consecutive quarters and fulfilled a key requirement to get included in the world’s most popular index. The company was the biggest ever to join the index. 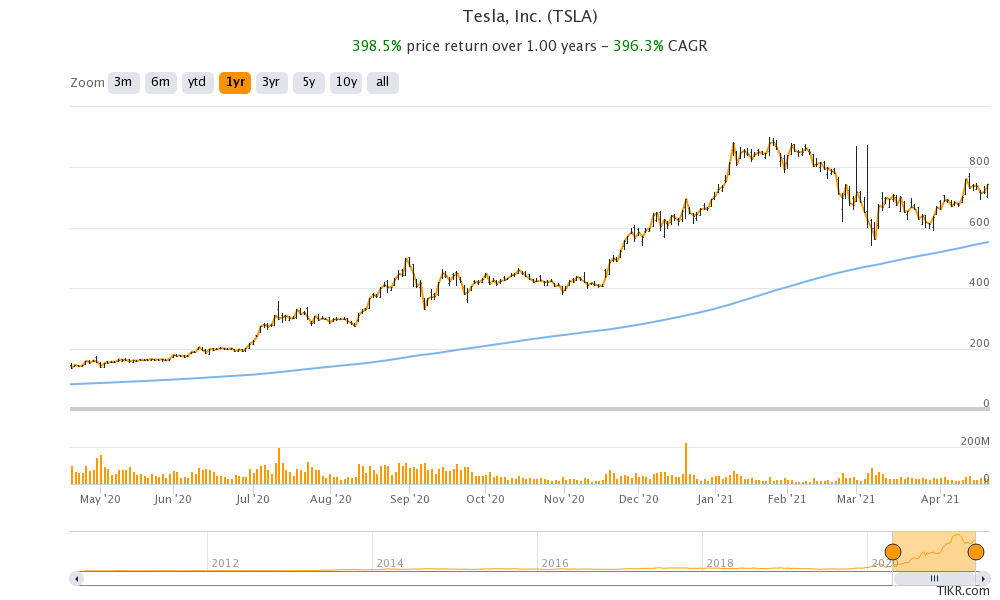 Earlier this week, Mizuho hiked the target price on Tesla from $775 to $820. “With a strong start to the year, we see upside to the TSLA 831K consensus deliveries given proposed Biden infrastructure package with $100B in EV rebates and potential extension and expansion of EV credits,” said Mizuho analysts in their note.

What to watch in Tesla’s earnings call?

During Tesla’s first quarter earnings call, markets would watch for commentary on the 2021 delivery guidance. During their fourth quarter 2020 earnings call, it said that it expects its deliveries to rise at a CAGR of 50% over the long term and expects the growth rate in 2021 to be “materially higher” even as the company did not provide hard guidance for 2021. It added, “As we increase production rates, volumes will skew toward the second half of the year, and ramp inefficiencies will be a part of this year’s story and are necessary to achieve our long-term goals,” the company said in its release.

Now, the company might provide quantitative guidance for its 2021 deliveries. Also, it would face questions about the recent crash of a Tesla car in Texas which is believed to have been on the Autopilot even as the company has denied the reports.

Harris County Precinct 4 Constable Mark Herman said that “no one was driving the vehicle at the time of impact.” He however added, “It’s still under investigation.”

On its part, Tesla claims that its autonomous driving is not fully autonomous yet and advises users to keep their hands on steering all the time. Tesla has gradually increased the price for its FSD (full self-driving) to $10,000 and Musk sees the price rising to $100,000 eventually.

In the past also, Tesla cars have been involved in fatal accidents while being on Autopilot. The National Transportation Safety Board has been critical of Tesla’s Autopilot in the past. Musk is often at loggerheads with authorities, and calls the SEC “short seller enrichment corporation.” Musk tweeted a report recently that the probability of a Tesla car with Autopilot being involved in an accident is much lower than an average vehicle.

Meanwhile, there has been a sell-off in all electric vehicle stocks amid increasing competition from legacy automakers. Tesla meanwhile has recouped some of its recent losses and is down only about 17% from its 52-week highs. In comparison, most other electric vehicle stocks are trading at a big discount to their 52-week high prices. This includes Churchill Capital IV that is set to merge with Lucid Motors which is led by a former Tesla executive.

How to invest in green energy stocks?

You can invest in green energy stocks through any of the reputed online stockbrokers. Alternatively, if you wish to trade derivatives, we also have reviewed a list of derivative brokers you can consider.

Through a green energy ETF, you can diversify your risks across many companies instead of just investing in a few companies. While this may mean that you might miss out on “home runs” you would also not end up owning the worst-performing stocks in your portfolio.