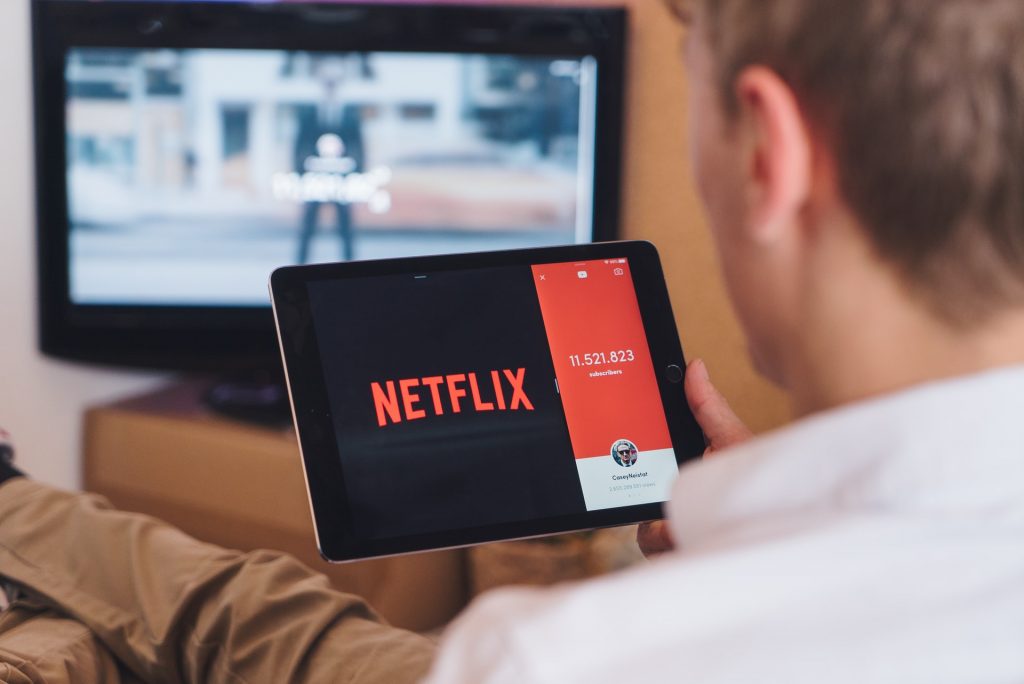 The second-quarter earnings season is in a full swing. Streaming giant Netflix is set to release its quarterly performance tomorrow after the close of markets. What should investors expect from the company?

Netflix is the first FAANG stock to report its quarterly performance. This year, it is the worst-performing FAANG stock and is down almost 2% for the year. Not only is the stock underperforming the FAANG peers and broader markets, but it is also in the bottom 50 stocks of the S&P 500 index.

Analysts polled by TIKR expect Netflix to report revenues of $7.3 billion in the second quarter—19.1% higher than what it reported in the corresponding period in 2020. Over the period, its adjusted EPS is expected to almost double to $3.15. Analysts’ estimates are in line with the company’s guidance. During their first-quarter earnings release, the company forecast second-quarter revenue growth of 18.8% but said that the EPS would be lower than what it posted in the first quarter.

After a strong first half of 2020, Netflix’s subscriber growth numbers have disappointed over the last three quarters. The company added fewer than 4 million net paying subscribers in the first quarter which was below the guidance of 6 million. For the second quarter the company forecast subscriber additions of 1 million which is a fraction of what it added in the corresponding quarter of 2020.

That said, there are obvious reasons for the fall in the company’s growth rates. Firstly, the pandemic-driven boom has died down. Last year, many people took streaming subscriptions as outdoor entertainment revenues were closed due to the COVID-19 pandemic. The company also acknowledged the fact and said “We believe paid membership growth slowed due to the big Covid-19 pull forward in 2020 and a lighter content slate in the first half of this year, due to Covid-19 production delays.”

Netflix versus other streaming companies

Fast forward to 2021 and outdoor entertainment is back and most cinemas in the US have reopened even as there are still restrictions in many other countries. Also, Netflix is facing competition from other streaming services. Disney, for instance, has grown its subscriber bases significantly over the last year.

Netflix meanwhile sought to allay fears that slower subscriber addition was due to higher competition. “We don’t believe competitive intensity materially changed in the quarter or was a material factor in the variance as the over-forecast was across all of our regions,” it said in the release.

What to watch in Netflix’s second-quarter earnings release?

During the second-quarter earnings release, the company’s subscriber growth numbers, both for the second quarter and the third-quarter forecast, will be in focus. The company will not face unfavorable year-over-year comparisons in the second half as it did in the first half. However, in absolute terms, markets will look forward to strong guidance from the company. The subscriber numbers will be seen in the context of cinema reopening where new titles are garnering good collections.

Also, the management might offer insights into its plans to enter the video game industry. Netflix has hired Mike Verdu as the vice president of game development. He has previously worked with companies like Electronic Arts and Facebook. At GameStop, Verdu will report to COO Greg Peters. Netflix reportedly wants to offer video games on its platform but so far, we don’t have an official confirmation. The company’s rumored entry into the gaming industry triggered a selling spree in meme stock GameStop.

However, analysts see the company’s entry into the gaming industry as a value add especially considering the fact that it needs to maintain a lead and competitive edge over peers some of whom charge a lower price. Bloomberg Intelligence analyst Geetha Ranganathan sees the move as logical.

“This is a natural extension of its Netflix’s content strategy, allowing it to mine intellectual property from popular shows like ‘Stranger Things.’ Though it may not generate much additional revenue, it will help deepen engagement and increase the service’s appeal and pricing power. Don’t expect this to be a turning point, but it shows that the company will explore new formats to increase time spent on the platform,” Ranganathan said in her note. 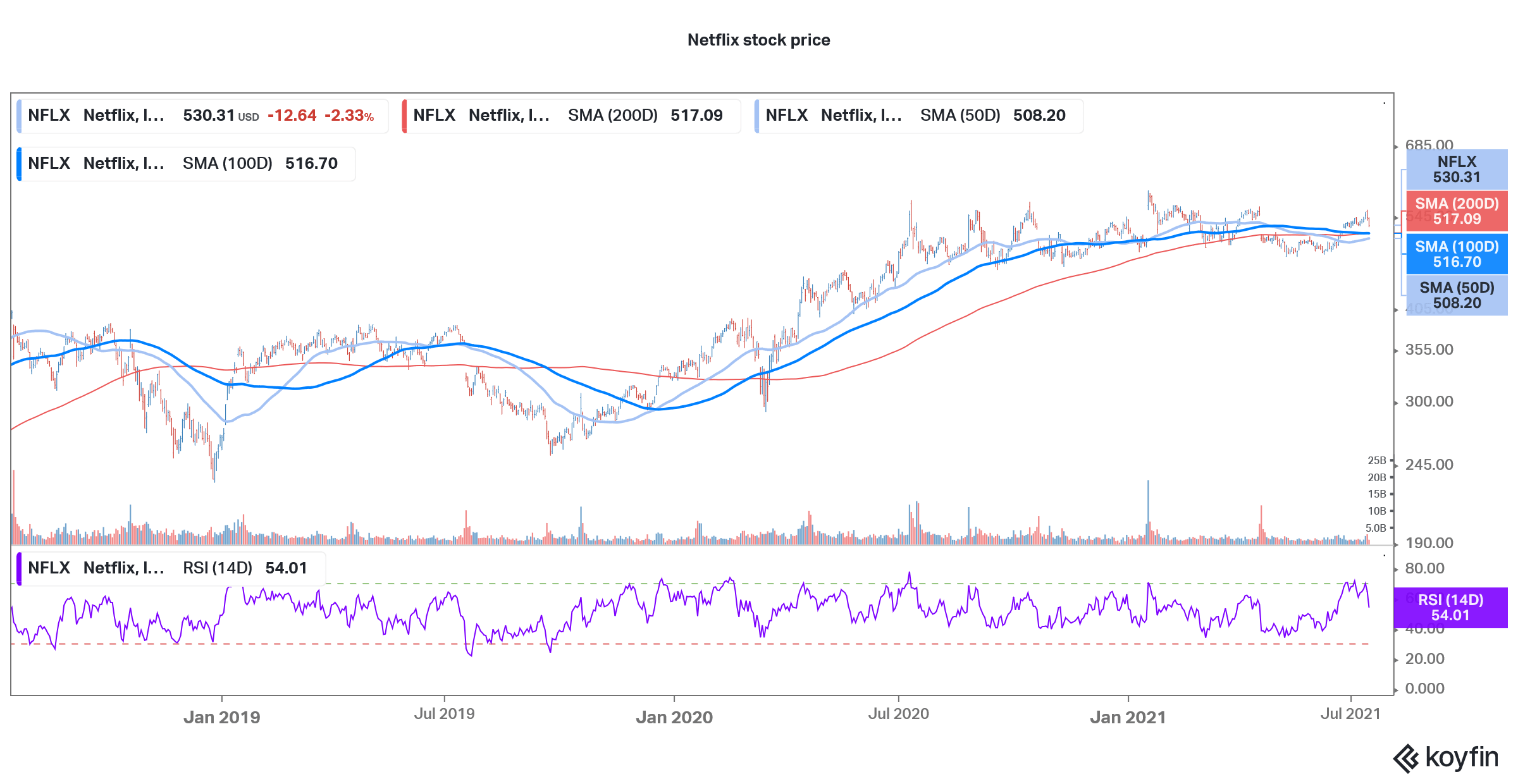 According to the data compiled by TipRanks, Netflix has an average target price of $605.60 which is a premium of 14.2% over current prices. Its highest and lowest target prices are $720 and $382 respectively. The company has 25 buys, seven holds, and three sell ratings.

Morgan Stanley is overweight in the stock

Last week, Morgan Stanley reiterated its overweight rating on the stock ahead of its Q2 earnings and expects the company to add more subscribers as it increases the content on the platform.

“A reopening consumer and the lingering effects of 2020′s production delays suggest risk to consensus 2Q/3Q estimates. However, more content is on the way, supporting an increase in net additions in 4Q21/’22,” said Morgan Stanley analysts in their note.

How to buy Netflix stock

After the underperformance in 2021, Netflix stock looks attractive now and is a good buy for the long term. The long-term outlook for the streaming industry is positive and the market is expected to grow further even as competition is also intensifying in the space. As Netflix said in its first-quarter earnings release, “the entertainment market is huge, giving us plenty of room to grow, if we can continue to improve our service. We believe we are less than 10% of TV screen time in the US and even smaller in other regions and when including mobile devices.” The company sees the launch of new streaming services as a confirmation of the industry’s long-term potential.

The growing internet penetration and thereafter 5G adoption will help stimulate the digital transformation and companies like Netflix will be prime beneficiaries as entertainment pivots from legacy media and television to digital channels.

You can invest in Netflix stock through any of the best online stockbrokers. Alternatively, if you wish to trade derivatives, we also have reviewed a list of derivative brokers you can consider.