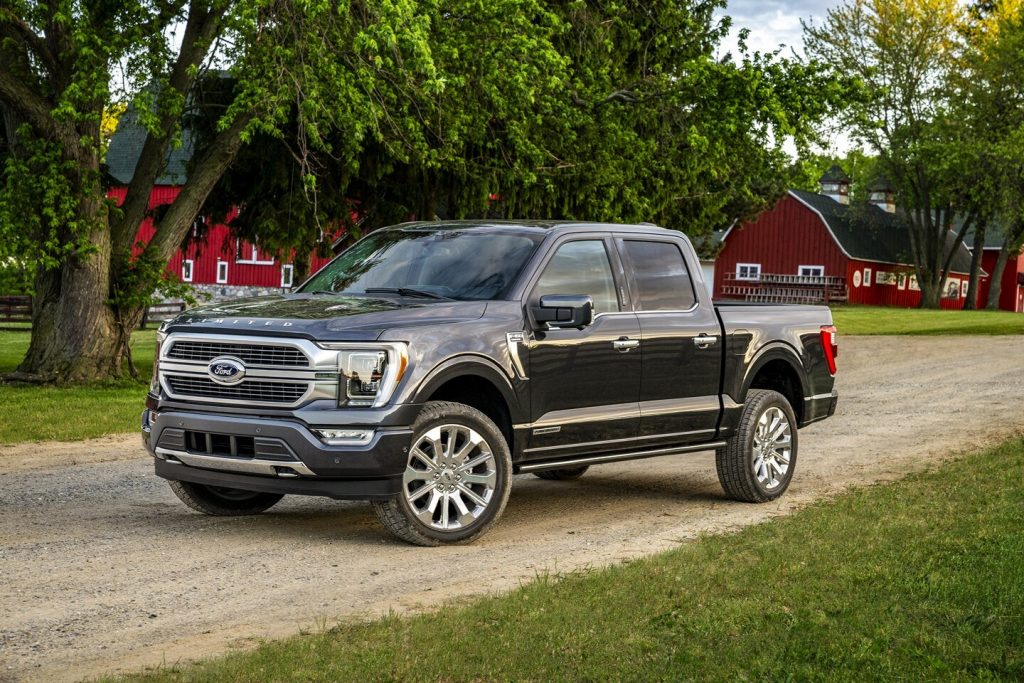 Yesterday, Ford unveiled its F-150 all-electric Lightning model. What does the model mean for Ford stock and how does it compare with other pickup trucks?

Ford’s F-150 is among the major all-electric pick-up trucks that would hit the market over the next two years. We also have Tesla’s Cybertruck, Rivian R1T, and Lordstown’s Endurance pickup.

Incidentally, President Joe Biden has tried his hand at the Ford F-150 Lightning and sounded impressed and said “this sucker’s quick.” Biden called himself a “car guy” and said that “the future of the auto industry is electric.” Last year, his predecessor Donald Trump had also praised the Endurance model.

Meanwhile, the deliveries of Ford F-150 Lightning are expected to begin next year. The company has kept the starting price at around $40,000 while the premium end would cost around $90,000. The model will have two battery options and would have a range of 230 to 300 miles.

To put that in perspective, Tesla plans to have an EPA range of 250 miles for its Cybertruck, and the base pricing is expected to be similar to that of the Ford F-150. Notably, the F-150 has been America’s best-selling pickup for decades. The company took a major risk in 2025 when it converted it from a steel body to an aluminum body vehicle. However, the model continued to grow its sales and the new model was well received by the market.

F-150 is the biggest profit center

While Ford does not provide the breakup of F-150, it is believed to be a $42 billion business and the single biggest contributor to the company’s profitability. It is widely believed that the profits from Ford’s F-150 sales subsidize some of the other loss-making models.

Unsurprisingly, Ford has big expectations from the F-150 Lightning model. “For both Ford and the American auto industry, F-150 Lightning represents a defining moment as we progress toward a zero-emissions, digitally connected future,” said Ford Chairman Bill Ford. He added, “Now we are revolutionizing it for a new generation.”

Unlike some of the other electric vehicle companies that are making losses and burning cash for every car that they sell, Ford expects the F-150 electric model to be profitable. Darren Palmer, Ford’s head of electric vehicles said “We’re going to make money on this truck,” He added, “Our mantra is: 1. We have to make money on it … and 2. They have to do things that other trucks never did. That’s how you tempt people in.”

Speaking with the Verge, Palmer said “I think there’s enough to tempt people to look at [buying the electric version], and a good percent already were — we saw that in our research. But I think it’s going to tempt people who weren’t even looking.” 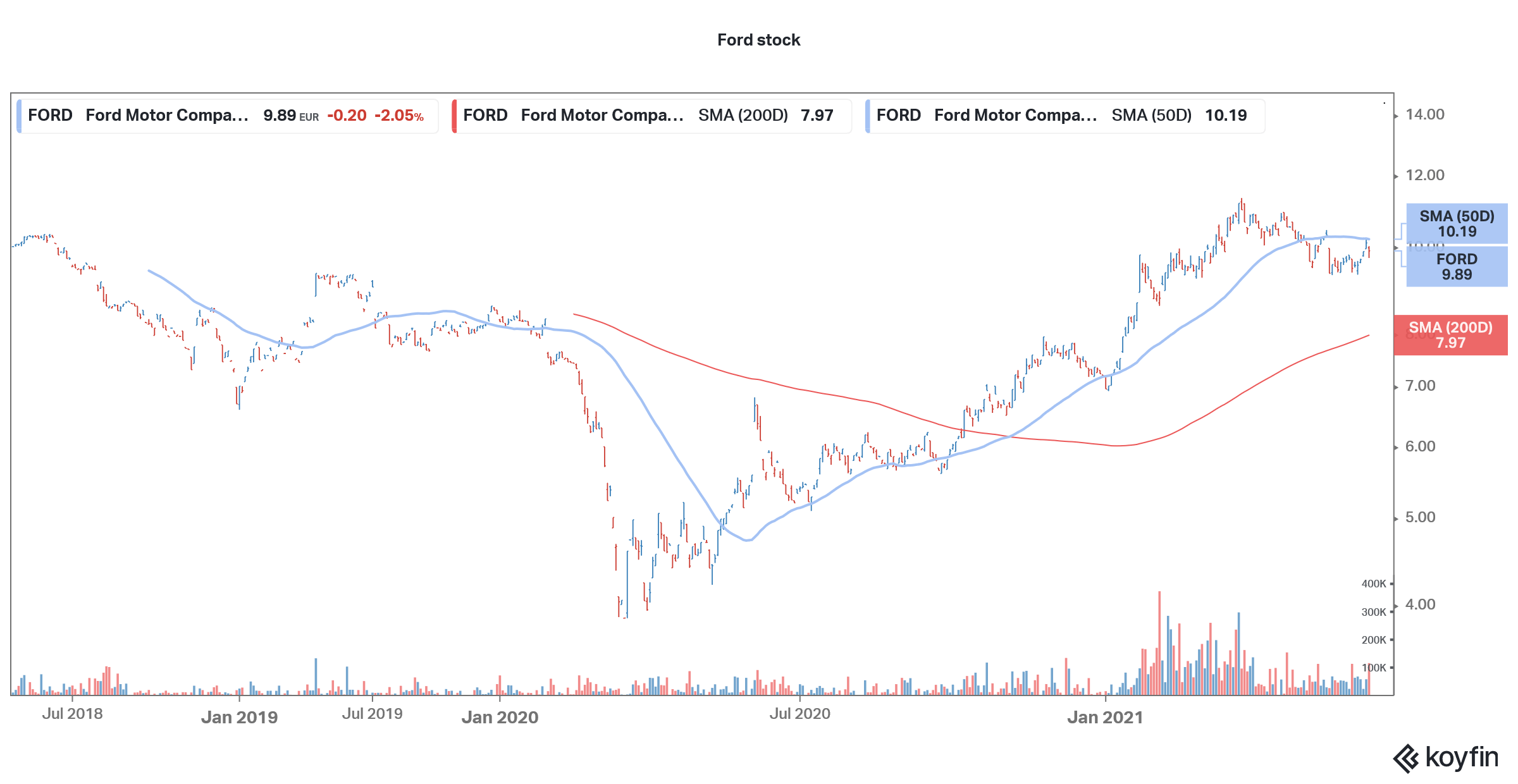 Ford is eligible for US federal tax credit

One advantage that Ford has over Tesla and General Motors are that its electric vehicles are still eligible for the full $7,500 federal tax credit. Both Tesla and General Motors no longer qualify for the subsidy. Under the current federal tax rules for electric cars, the tax credit starts phasing out once an automaker sells 200,000 electric cars. Tesla has sold over a million electric cars and no longer qualifies for the subsidy. However, many believe that Biden might lift the threshold given the administration’s impetus towards electric vehicles.

Meanwhile, analysts are bullish on Ford’s F-150. “Ford went well beyond installing a battery pack in a traditional F-150,” said iSeeCars.com executive analyst Karl Brauer. He added, “The automaker’s comprehensive approach to the Lightning’s design, performance, and advanced features would make it a desirable truck with a traditional engine.”

Reflecting upon the importance of the F-150, Brauer said “It’s obvious Ford recognizes both the opportunity and risk presented by the shift toward electric vehicles, and the automaker has clearly committed to keeping the F-150 viable in a battery-powered world.”

“That vehicle is going to come in and fill a void. And if it’s affordable, I mean, it’s going to be a game changer,” said Shelley Francis, co-founder of EVHybridNoire.

Meanwhile, while Ford’s electric plans are taking shape, the company is also battling a severe chip shortage. While automakers across the board have complained of chip shortage, Ford is among the worst affected. It lost 17% of its first-quarter production due to chip shortage and expects to lose half of its production in the second quarter. It expects the condition to get better in the second half where it is forecasting a 10% production loss.

The chip shortage also impacted Ford’s cash flows as it added $2.2 billion to its inventory as the vehicles could not get built fully due to the chip shortage. The company expects adjusted free cash flows between $500 million to $1.5 billion in 2021.

Ford stands to lose billions from the chip shortage

“There are more whitewater moments ahead for us that we have to navigate,” said CEO Jim Farley during the company’s first-quarter earnings call. He added, “The semiconductor shortage and the impact to production will get worse before it gets better.”

Chip shortage would get worse before getting better

Meanwhile, Ford has announced that it would halt production for varying periods at eight of its plants in North America due to the chip shortage. “Our teams continue making the most of our available semiconductor allocation and will continue finding unique solutions to provide as many high-quality vehicles as possible to our dealers and customers,” said the company in its release.

Coming back to Ford’s F-150 Lightning, markets would follow the model’s sales closely and see how it fares against Tesla’s Cybertruck and other electric pickup trucks. If the model can win over consumers, just as the previous versions did, they could help sustain the rally in Ford stock.

You can buy Ford stock through any of the best online stockbrokers. Alternatively, if you wish to trade derivatives, we also have reviewed a list of derivative brokers you can consider.