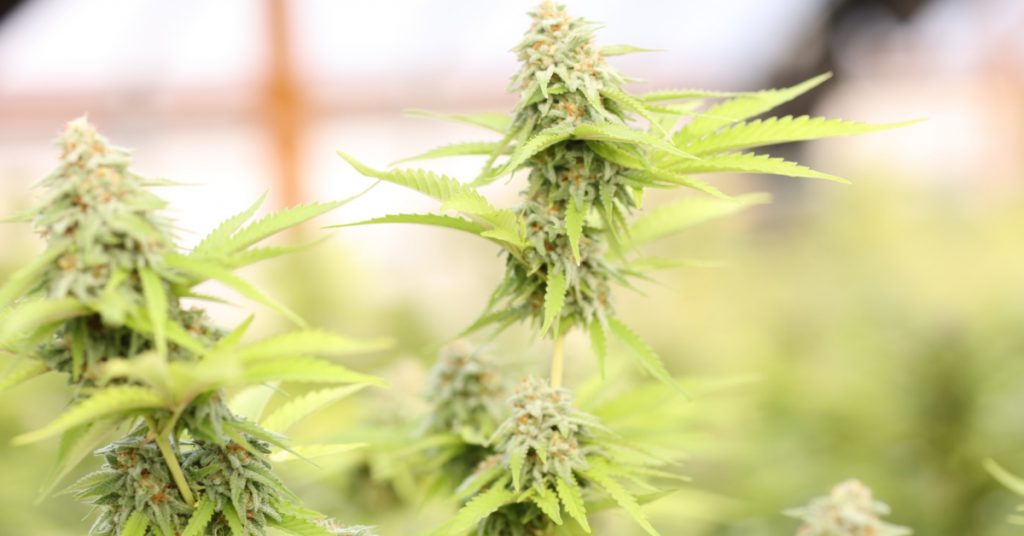 The earnings season is in full swing. Aurora Cannabis has scheduled its quarterly earnings for tomorrow. Here’s what analysts are projecting for the company’s earnings.

Cannabis company Canopy Growth reported its quarterly earnings yesterday that propelled its stock higher. The company’s earnings coupled with Tilray’s deal with a UK company to distribute its medical marijuana products in the country led to a sharp rise in all cannabis stocks. Aurora Cannabis gained almost 5% yesterday and was trading sharply over 11% higher in US premarket trading today.

Aurora Cannabis would report its fiscal second quarter 2021 earnings on Thursday. Analysts expect the company’s revenues to rise 23% year over year in the quarter to $69 million. The company’s revenues had fallen on a yearly basis in the previous two quarters as the pandemic situation took a toll on its performance.

Analysts expect Aurora Cannabis to post an adjusted EBITDA of -$5.3 billion in the quarter. Analysts expect it to post negative EBITDA in the March quarter also but start posting positive EBITDA thereafter. Notably, most cannabis companies are making losses on the EBITDA level, let alone posting a net profit.

Canopy Growth expects to be EBITDA positive next year

That said, most of the high growth companies across tech and green energy space are currently posting losses. Investors have been more concerned about the topline growth that these companies report. Meanwhile, cannabis companies have been trying hard to cut their losses and cash burn. During their earnings call, Canopy Growth said that it expects to post positive EBITDA in the second half of 2022 even as it talked about achieving cost savings of $150-$200 million over the next 12-18 months.

Cannabis industry at a tipping point

Aurora Cannabis CEO Miguel Martin told CNBC in an interview that the cannabis industry in the US is at a tipping point. Joe Biden’s election as the US president coupled with Democrats taking the control of the Senate have raised hopes of federal legalization of marijuana in the US.

While many US states have decriminalized marijuana, some have still not legalized recreational marijuana. Federal legalization of adult-use cannabis can drive the sales of cannabis companies. 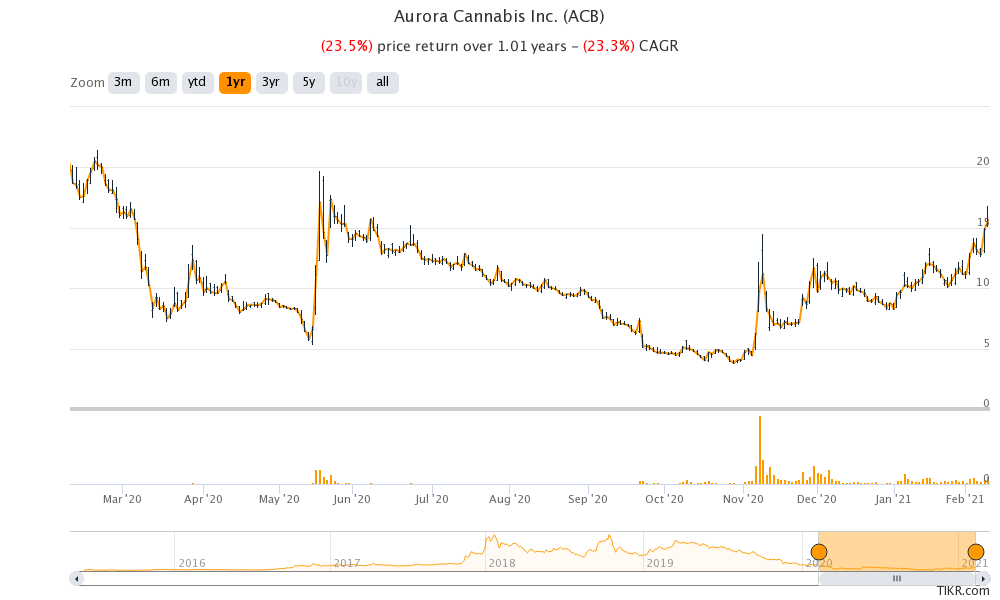 What are analysts forecasting?

Since Aurora Cannabis is not posting profits, we would need to value it based on the revenues. The stock currently trades at an NTM enterprise value to sales multiple of 13.7x which is almost double what it traded last year before the US presidential elections. However, markets are euphoric about marijuana stocks expecting federal legalization in the US.

How to buy Aurora Cannabis stock

You can trade in Aurora Cannabis stock through any of the reputed online stockbrokers. Alternatively, if you wish to trade derivatives, we also have reviewed a list of derivative brokers you can consider.

Through a marijuana ETF, you can diversify your risks across many companies instead of just investing in a few companies. While this may mean that you might miss out on “home runs” you would also not end up owning the worst performing stocks in your portfolio. The AdvisorShares Pure Cannabis ETF (YOLO) is one ETF that invests in marijuana companies.