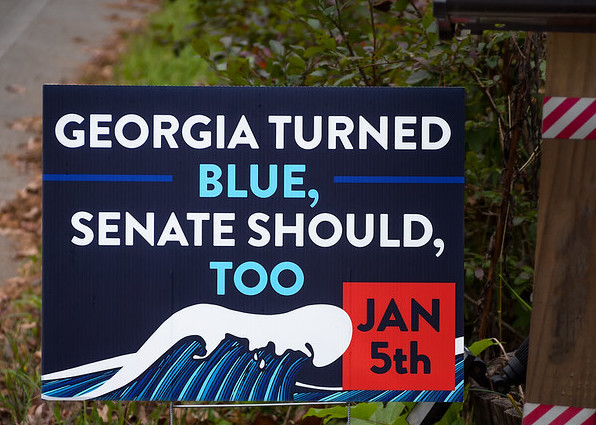 US stock futures are trading slightly higher this morning as investors regain some confidence about the future of the global economy despite a bumpy first day of trading.

Futures of American broad-market indexes are all advancing cautiously so far in early futures trading activity, led by the E-mini futures of the S&P 500 and Nasdaq 100 indexes, both of which are up 0.28% and 0.26% at 3,702 and 12,721 respectively.

Meanwhile, E-mini futures of the Dow Jones Industrial Average are up 0.25% at 30,178, as the stock index continues its struggle to remain above this historical milestone.

A disputed majority in the United State Senate caused by runoff elections in Georgia is one of the reasons why stocks were down yesterday, as investors fear that a scenario in which the Democrats secure control of the country’s higher Congress chamber would possibly result in the passing of unfriendly policies such as tax hike. That said, analysts also believe that it can lead to faster approval of bigger stimulus packages and other relief measures.

In this regard, Mark Hackett, chief of investment research for Nationwide, told CNBC yesterday that even if Democrats gain control of the US Senate “the margin will be remarkable thin” which could complicate the possibility of passing any meaningful changes in the status quo in regards to tax laws and other controversial matters.

Securing the victory of both Jon Ossoff and Raphael Warnock in the state would give Democrats an equally split Senate, giving soon-to-be-sworn Vice President-elect Kamala Harris the right to untie all voting procedures.

Interactive polls published by FiveThirtyEight’s website currently give both contestants the win with a 49.1% and 49.4% respectively although Wall Street analysts believe that the chances of a full-sweep in Georgia are much lower.

Aside from the political situation in the United States, fears of another wave of lockdowns in Europe have also been sparked by the introduction of another countrywide lockdown in the United Kingdom yesterday, as the country keeps struggling to contain the advance of the new strain of the virus.

However, the rollout of the AstraZeneca vaccine, developed alongside the Oxford University, is giving investors some hope that England will manage to win the fight against the virus during the first quarter of the year as the country prepares to deploy roughly 100 million vaccines produced by the British drugmaker in the following weeks, along with the ones supplied by Pfizer (PFE).

Despite all the election and COVID noise, the US stock market remains supported by the ongoing fiscal and monetary stimulus provided by lawmakers and political leaders.

The Federal Reserve remains committed to buying at least $120 billion per month in fixed-income securities while the US Congress recently passed a $900 billion bill that will provide direct relief to American citizens in the form of $600 checks.

As a result of this expansionary monetary policy, the amount of money flowing into the US economy – as reflected by M2 Money Stock – has jumped nearly 24% since March according to data from the Federal Reserve Bank of St. Louis, while the Federal Reserve’s balance sheet has almost doubled since the crisis started, moving from $4.1 trillion in February to $7.4 billion by the end of December.

In this context, it is plausible to see a big portion of this money flowing into the US equity markets as investors don’t have too many alternatives to allocate their capital profitably given the low interest rates that less risky fixed-income securities are currently offering.

With that favorable macroeconomic backdrop in mind, it is plausible to see both the Nasdaq 100 and the S&P 500 indexes reaching their 1.618 Fibonacci extension – as shown in the charts – at 13,600 and 3,850 during the year unless some major negative catalyst steps up to derail investors’ confidence.