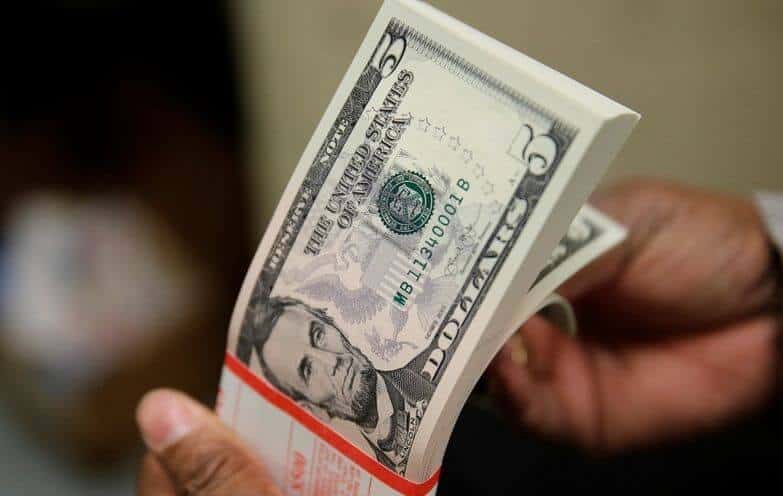 The US dollar – as tracked by Bloomberg’s US dollar index (DXY) – is dropping today after comments from the Federal Reserve yesterday, which signaled no changes to the central bank’s highly accommodative monetary policy.

The benchmark – which tracks the performance of the greenback against a basket of currencies – is slipping 0.6% at 89.90, dropping below the 90 level for the first time in 32 months as the institution headed by Jerome Powell has injected trillions of dollars to the financial markets to save them from collapsing during the pandemic.

The head of the central bank said that the Fed is committed to buying at least $120 billion worth of bonds each month “until substantial further progress has been made” in recovering the economy to where it was before the virus situation stroked.

Additionally, the Fed reinforced its goal of not raising interest rates until they achieve their 2% inflation goal and unemployment goes down to more normal levels.

This accommodative policy is probably the primary driver behind today’s strong downtick in the greenback, as a systematic fiat currency debasement from central banks around the world continues.

The pound sterling and the Australian dollar are leading the winners’ board today against the US dollar, with the British currency advancing nearly 1% at 1.3617 during early forex trading activity while the AUD/USD parity is up 0.8% at 0.7635.

Notably, this is the first time the pound breaches the 1.36 level since the year started – reaching a 31-month high amid the Fed’s extremely loose monetary policy.

Meanwhile, the euro is also advancing 0.3% at 1.2234 while the Bitcoin-to-USD parity is up 5.8% as the cryptocurrency’s wild rally continued today, crossing the $22,000 mark for the first time in its history while posting its sixth consecutive day of gains.

Questioned about the current valuations seen in the stock market – considered stretched by a handful of seasoned investors – Federal Reserve Chairman Jerome Powell said that although price-to-earnings (P/E) ratios “admittedly are high” that situation is not a cause for concern as US treasury bond yields are going to be lower than they have been from a historical perspective.

These last comments on the current situation seen in the financial markets have been perhaps some of the most striking for market participants, as they send a clear signal that the Federal Reserve is not worried about valuations at the moment, which means that this is not a limiting factor for the central bank to keep supporting the markets on an as-needed basis.

What’s next for the US dollar index (DXY)

Today is the first time that the US dollar index trades below the 90 level since this systematic fiat debasement started, marking the first breakout of the long-dated trend line shown in the chart above.

It is worth noting that net short positions against the greenback continue to be significantly high, which means that market players are bearish on the future of the US dollar – a situation that adds significant pressure to the short-term outlook of DXY.

Meanwhile, the Fed’s latest remarks – including its commitment to buy $120 billion in bonds per month and its soft view on market valuations – are likely to serve as a catalyst for a strong drop over the coming days.

That said, virtually all indicators are flashing oversold at the moment, which means that this strong slide could take a temporary breather as the US dollar index accumulates a four-day drop including today’s downtick.