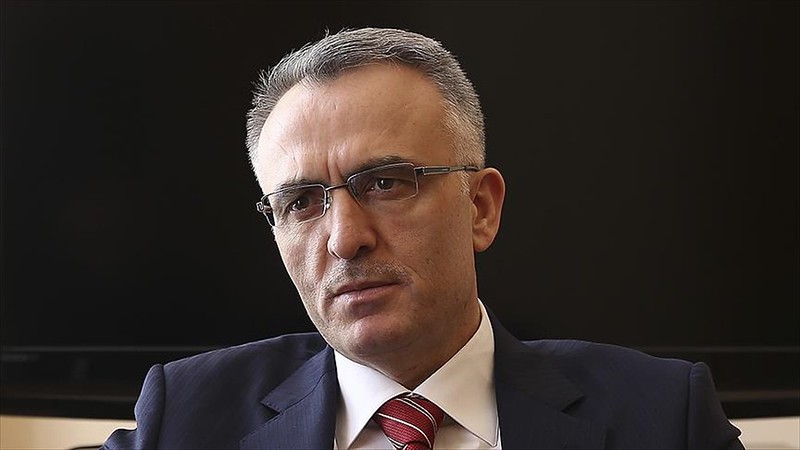 Turkey’s official currency – the lira – is dropping nearly 10% in value this morning after President Tayyip Erdogan unexpectedly ousted the head of the country’s central bank only 5 months after he was appointed to the position.

The value of the lira against the US dollar dropped as much as 15% in early forex trading action but it is now settling 10% lower at around 7.8865.

The markets seem to be reacting quite strongly to the removal of Naci Agbal from office, as the head of the Central Bank of the Republic of Turkey had been doing a good job at stabilizing the currency after its predecessors maintained interest rates on the low end despite Turkey’s rampant inflation.

Last month, inflation in the country jumped to 14.97%, a number that was 0.37% higher than the percentage recorded the month before.

President Erdogan has been attempting – unsuccessfully – to get Turkey’s inflation to single-digits for years but has refused to hike interest rates as a measure to achieve this goal as he has qualified high interest rates as “evil”.

However, since Agbal took office on 7 November, the head of the central bank has increased the benchmark interest rate by around 875 basis points – a much-needed adjustment according to economists to curve inflationary pressures and bring stability to the lira.

Now, Agbal’s deposing could plunge the lira back into a new downtrend, as market participants see a potential reversion of his policies and decisions.

In this regard, his substitute, Sahap Kavcioglu, assured bank executives that there were no plans to immediately modify the central bank’s current policies.

However, professional forex traders expect that the lira could undergo a period of significant volatility marked by bets from speculators, capital flights, and central bank intervention.

American investment bank Goldman Sachs reportedly told its clients that they expect to see a continued drop in the value of Turkey’s official currency as the central bank will start to progressively unwind Agbal’s previous rate hikes.

Meanwhile, analysts from Societe Generale commented: “With Naci Agbal’s removal from the CBRT, Turkey loses one of its last remaining anchors of institutional credibility”.

What’s next for Turkey’s lira?

The chart above shows how the USD-to-Lira pair gained strength and effectively reversed a long-dated uptrend right after Agbal was appointed as the head of the country’s central bank.

During his tenure, the lira advanced nearly 18% against the greenback as Agbal effectively raised rates and satisfied the market’s expectations.

However, we can also see that the downtrend started to reverse in late February, possibly as rumors started to circulate about the potential ousting of Agbal amid the unpopularity of his policies among top government officials – including President Erdogan.

Now, today’s jump in the USD/TRY pair is being accompanied by a buy signal in the MACD and a golden cross in the forex pair’s short-term moving averages, which reinforces a bearish outlook for the lira as it should continue to drop against the greenback over the coming weeks unless the central bank takes a strong stand favoring higher interest rates for longer than expected.

Since that scenario seems highly unlikely from a political viewpoint, chances are that this uptrend could lead to a retest of the lira’s pre-Agbal highs of 8.57775 per US dollar, which would represent another 8.5% depreciation of the country’s official currency based on its price at the moment this is written.