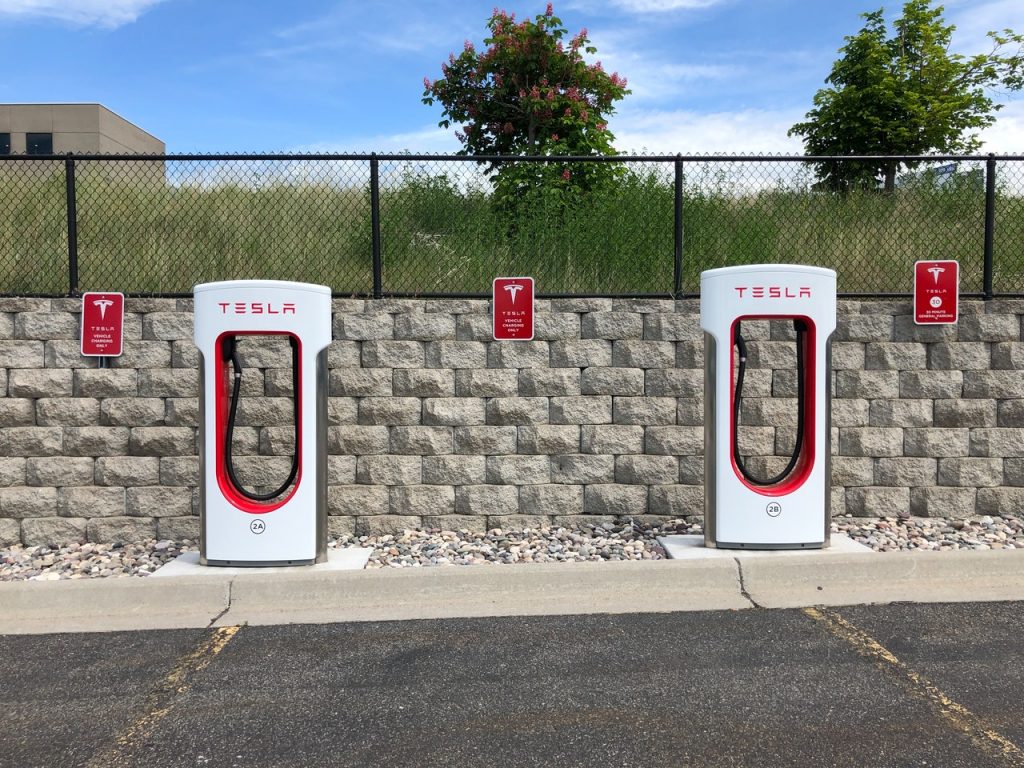 Tesla stock was trading lower in US premarket trading today. On Friday, ARK Investment, which is led by prominent Tesla bull Cathie Wood revealed that it has sold some Tesla shares and bought Coinbase.

Crypto exchange Coinbase listed last week only. It opted for a direct listing instead of going through the more popular traditional IPO and SPAC (special purpose acquisition company) reverse merger. Earlier this year, the online gaming platform Roblox also listed through a direct listing. The company had delayed its IPO in 2020 after the sharp rise in Airbnb and DoorDash stocks after the IPO.

Coming back to Tesla, Cathie Wood is among the best-known bullish faces on the electric vehicle maker. Earlier this year, ARK Investment raised Tesla’s target price to $3,000. Previously, ARK had a $7,000 price target on the company which adjusted for the split will be $1,400. Now, ARK is forecasting Tesla stock to reach $3,000 or rise almost five-fold by 2025. The Elon Musk run company is the largest holding for ARK Innovation exchange-traded fund.

The company runs eight ETFs some of which are active funds. Last month, the company had launched a Space ETF “which will invest under normal circumstances primarily (at least 80% of its assets) in domestic and foreign equity securities of companies that are engaged in the Fund’s investment theme of Space Exploration and innovation.”

However, many observers including Jim Cramer were critical of ARK Invest for having companies like Deere, Amazon, and Netflix in an ETF focused on space exploration.

Cathie Wood is bullish on digital wallets and genomics

“DNA sequencing is going to introduce science into healthcare decision making for the first time,” said Wood on genomics. Her fund has an ETF focused on genomics.

Meanwhile, apart from Wood selling Tesla stock, another negative development seems to be hurting Tesla’s price action today. A Tesla car which was apparently on the Autopilot, crashed on Saturday in Texas leading to the unfortunate death of two passengers.

Harris County Precinct 4 Constable Mark Herman said that “no one was driving the vehicle at the time of impact.” He however added, “It’s still under investigation.”

On its part, Tesla claims that its autonomous driving is not fully autonomous yet and advises users to keep their hands on steering all the time. Tesla has gradually increased the price for its FSD (full self-driving) to $10,000 and Musk sees the price rising to $100,000 eventually.

During the fourth quarter 2020 earnings call, using a hypothetical example Musk said that it can generate as many revenues from Robotaxis and FSD (full self-driving option) as it is making from selling cars. He also said that all these revenues would be almost gross profit and would add to its net income.

Taking the example of annual revenues of $60 billion, Musk said, “So — and the pace you get 20 PE on that, it’s like $1 trillion and the company is still in high-growth mode. So, I think there is a way to sort of like justify the valuation of the company where it is using just the cars and nothing else, the cars with FSD.” He added, “And I suspect at least some numbers of investors are taking that approach.”

In the past also, Tesla cars have been involved in fatal accidents while being on Autopilot. The National Transportation Safety Board has been critical of Tesla’s Autopilot in the past. Musk is often at loggerheads with authorities, and calls the SEC “short seller enrichment corporation.” Musk tweeted a report recently that the probability of a Tesla car with Autopilot being involved in an accident is much lower than an average vehicle. 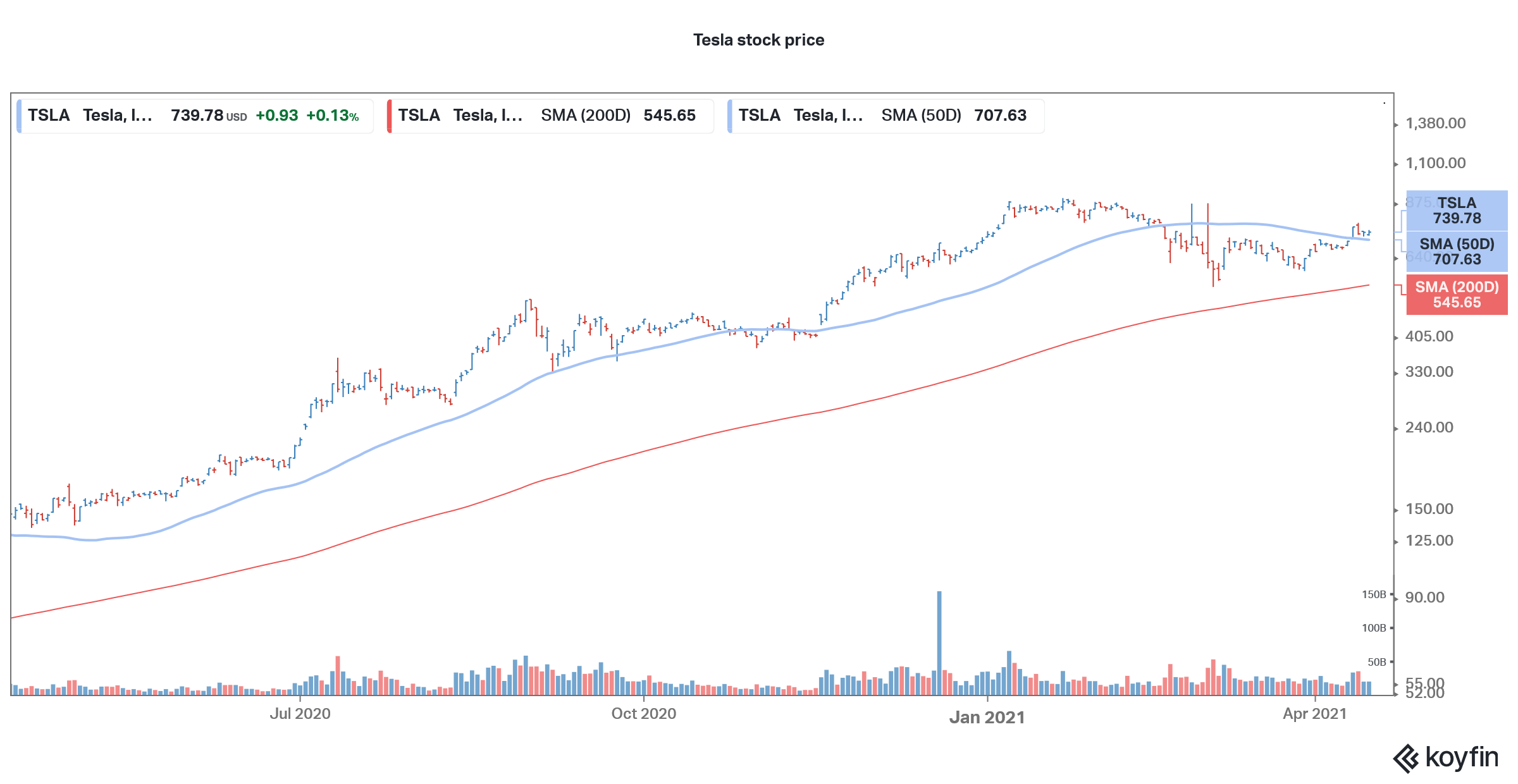 Competition in the electric vehicle industry

Meanwhile, the competition is heating up in the electric vehicle industry. Mercedes has launched its EQS sedan which has good specifications and is targeted at premium electric car buyers.

Deutsche Bank analysts see the model as a “game changer” and said that it “has the potential to change investors’ view of what (some) traditional automakers are capable of in this new EV (electric vehicle) world, supporting stock multiples.”

Apart from new models from legacy automakers, Tesla would also face competition from startup electric vehicle companies especially Lucid Motors which is led by a former Tesla engineer. While Lucid Motors is targeting the premium electric car market, to begin with, it would soon pivot towards affordable models as Tesla did.

Apple is also planning to get into electric vehicles

Competition is also intensifying in the Chinese electric vehicle market where domestic companies like NIO, BYD, XPeng Motors, and Li Auto compete with Tesla. Apple is also expected to launch its electric car by the middle of this decade.

Given the increasing competition, Tesla would have a hard time justifying its premium valuations. By swapping some Tesla shares with Coinbase, Wood might have opened up a new discussion on how far Tesla stock can rise from here.