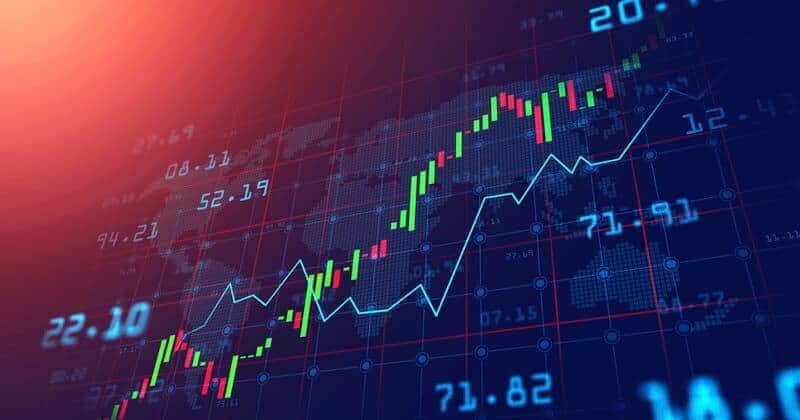 Tech stocks are about to close their third consecutive losing week, as reflected by the Nasdaq tech-heavy index, with rising US Treasury yields possibly prompting an adjustment in valuations.

So far this week, the Nasdaq has dropped 3.45%, following a sharper 4.9% plunge seen by the index the week before – comprised of some of the most popular names among retail and institutional traders such as Amazon (AMZN), Apple (AAPL), and Tesla (TSLA).

The electric vehicle company headed by Elon Musk is among the biggest losers within the index, with its share price dropping by an eye-popping 27% in the past 30 days, followed by Amazon, PayPal (PYPL), and Apple, which dropped more than 10% during the same period.

One possible explanation in regards to why tech stocks are down can be pinpointed to the recent climb in US Treasury Yields, with 10-year notes currently yielding 1.55% – a situation that has prompted an adjustment in the discount rates applied when valuing riskier assets.

To further explain this, 10-year yields are often used as the benchmark “risk-free” rate when valuing businesses, meaning that an increase in such rate would result in an upward adjustment in the rate of return demanded by investors to take on riskier assets.

This adjustment would result in a lower valuation for equity instruments, which would partially explain this 3-week correction.

Meanwhile, the rotation trade could also be affecting the valuation of tech stocks, as investors seem to be fleeing from what was the most popular sector during the pandemic to virus-battered areas of the market such as energy and financials.

This view is reinforced by the performance of US sectors since 12 February, with technology retreating 8.7% while energy, financials, industrials, and materials have climbed.

In regards to this latest downtick in the Nasdaq 100 index, Matt Maley, chief market strategist for Miller Tabak, said during an interview with CNBC: “It’s going to be interesting to see what happens in the next 24 hours because we have the employment number coming out [Friday] morning”.

He added: “If that can cause the yields to come back down, maybe these tech stocks can rally back, and that will be helpful but we need to recover that 13,000 level very, very quickly because that is a key, key support level”.

Meanwhile, from the perspective of fundamentals, Gina Sanchez, chief executive for Chantico Global, emphasized that fair value for the Nasdaq 100 could be around 20 times the earnings of its components. Right now, that ratio is sitting at 25, which means that there is some more downside potential before a bottom is reached from the perspective of valuations.

What’s next for tech stocks?

The chart above shows how the latest price action seen by the Nasdaq 100 index has already broken below a long-dated trend line that emerged off its March lows, with the RSI approaching March levels already while posting its lowest reading since then.

Meanwhile, the MACD is also posting its lowest reading since the September hiccup, which indicates the strength of the current downtrend compared to some other corrections seen by the index in the past 12 months or so.

At this point, the situation with Treasury yields is possibly the most important catalyst behind this downtick as the market has been forced to adjust its valuations to reflect a higher risk-free rate.

If the Federal Reserve were to intervene, causing a drop in the yields, chances are that the Nasdaq 100 will bounce back from these levels over the coming days.

If that is not the case and yields are permitted to keep climbing, the decline could last longer than expected, although it is important to note that an oversold RSI can lead to a short-term bounce.

For now, the index has not yet dropped below its 1.618 Fibonacci extension, which means that the current bull run is not over. If the index were to move below that threshold, then perhaps it could be time to worry a bit.