Snowflake reported its fiscal fourth quarter 2021 earnings yesterday after the close of markets. It reported revenues of $190.5 million in the quarter. The revenues increased 117% on a year over year basis and were ahead of the $178.5 million that analysts were forecasting. However, the company missed bottomline estimates.

It posted an adjusted loss per share of $0.70 which was ahead of the $0.43 per share loss that analysts were projecting. While the company’s revenues have been growing, its losses have also been widening and more than doubled in the fiscal fourth quarter of 2021. Meanwhile, Snowflake expects its profitability in the future. “We have implemented operations that will help us show more profitability,” said the company’s CFO Mike Scarpelli during the earnings call. 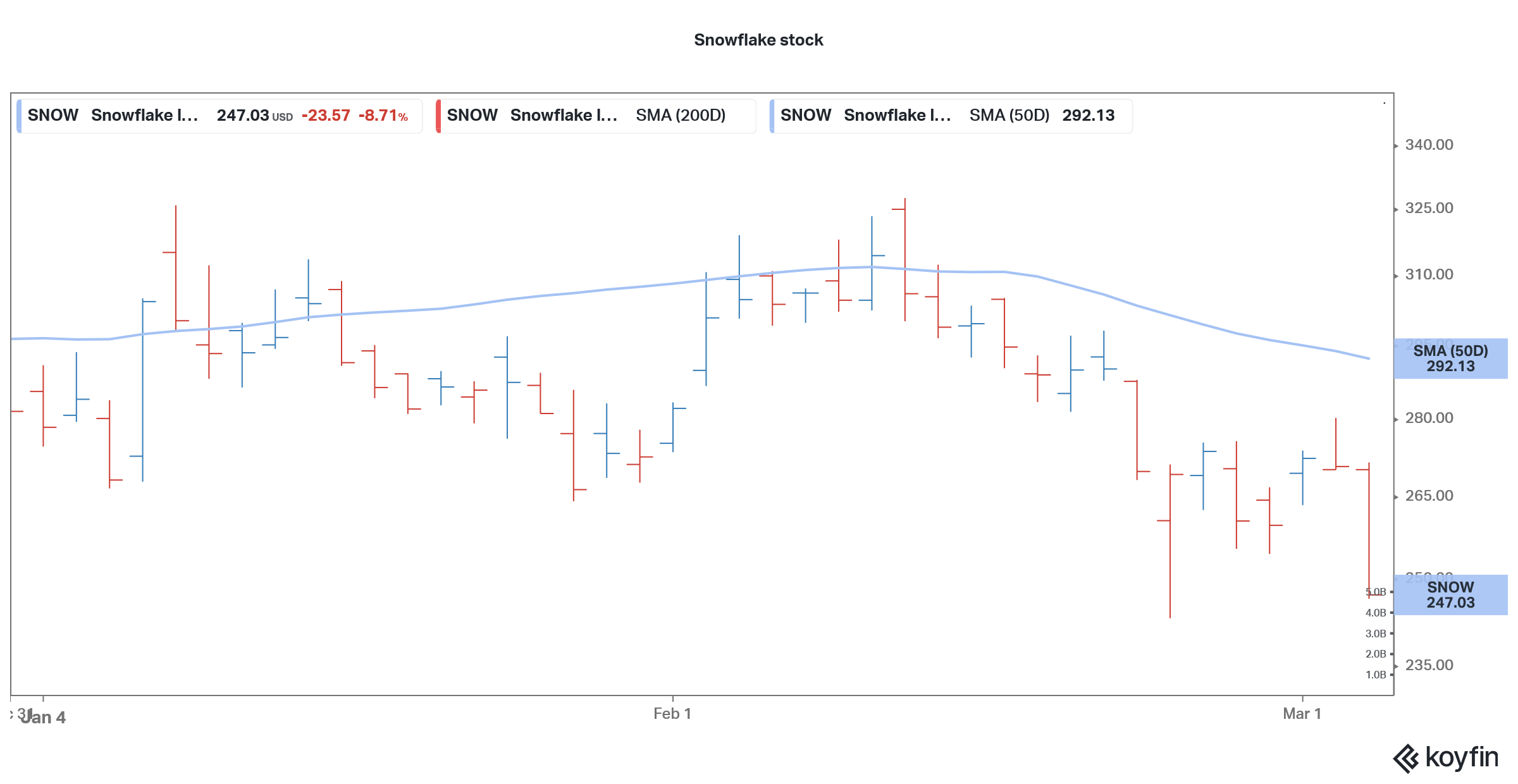 In another development, Snowflake got rid of the dual share structure that gave the founders more voting rights. Dual voting rights shares have been popular among tech companies that want to go public yet don’t want to cede control. These shares come with higher voting rights.

Even Berkshire Hathaway has dual shares where the lower-priced Class B shares have only 1/10,000 voting rights of the Class A stock. Incidentally, Berkshire Hathaway is among the investors of Snowflake, and the company co-invested in the IPO along with Salesforce.

Snowflake had a massive debut as a public company last year and it became the biggest software IPO ever. It priced its IPO at $120 and swelled above $300 on the first trading day. The stock hit a 52-week trading high of $429 but is now down over 42% from the peaks.

Snowflake stock lost 8.7% in the regular trading session yesterday and was trading almost flat in the premarket trading today. Incidentally, the stock had tumbled after its fiscal third quarter 2021 earnings release amid concerns over slowing growth.

However, given the fact that much of the growth slowdown is already baked in prices, the stock gained after reporting its fiscal fourth quarter 2021 earnings.

How to buy Snowflake stock

You can buy Snowflake stock through any of the best online stockbrokers. Alternatively, if you wish to trade derivatives, we also have reviewed a list of derivative brokers you can consider.