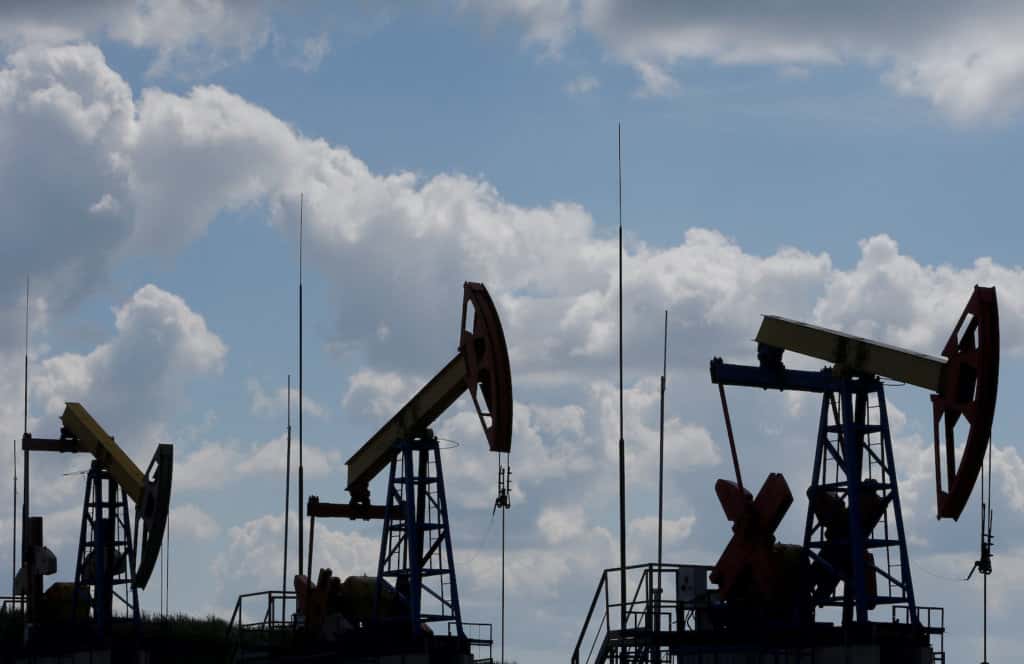 Oil futures booked their worst daily loss in months as many European countries including Germany and Italy seem to be experiencing what could be another wave of the virus despite the persisting restrictions imposed by governments to slow down the spread.

Meanwhile, the controversy surrounding the AstraZeneca/Oxford vaccine amid some alleged side-effects has possibly delayed the rate at which countries within the European Union inoculate their residents, which would prolong the economic pains resulting from these virus-related restrictions.

Yesterday, Brent oil futures slid 6.9% at $63.3 per barrel, its worst daily performance since June 2020, while futures of the West Texas Intermediate – the US crude benchmark – slipped 7.1% at $60 per barrel, also booking its worst daily loss since September 2020.

The price of both benchmarks is taking a breather in early commodity trading action this morning, with Brent futures advancing 0.4% at $63.5 while WTI futures are up 0.5% at $60.3.

A prolonged decline in the demand for crude is perhaps the most important driver behind yesterday’s downtick, as a slower pace in the rate at which European countries are vaccinating their residents could result in a slower economic recovery.

That said, industry experts believe that this could have been a much-needed temporary correction for oil prices as both benchmarks had advanced too fast to levels that can only be justified if the world would have already emerged from the crisis.

In this regard, Tamas Varga from PVM Oil Associates said: “Short-term supply and demand considerations are temporarily casting a shadow over the bright future that is likely to arrive in the third quarter of the year”.

Moreover, the recent decision from OPEC and its allies to extend its supply cuts for longer should continue to provide support for oil prices in the short-term while oil inventories in the United States last week came out lower than the market expected – a situation that should also help in creating a floor for crude prices shortly.

For now, despite the fact that the World Health Organization (WHO) has reaffirmed the safeness of the AstraZeneca vaccine, chances are that the recent controversy could derail the pace at which vaccines are deployed in the continent while emerging economies struggle to secure enough treatments to fully inoculate their residents.

This potentially uneven economic recovery could have possibly prompted yesterday’s adjustment as well, yet the future seems to be bright for crude either way in the near future as vaccinations will continue in most countries regardless of these temporary hiccups.

The chart above shows how Brent futures started to retreat after they failed to overcome their long-dated $70 resistance. We had already forecasted that such a correction could take place in a previous article as most technical indicators pointed to an overheated bull run.

That said, yesterday’s downtick has pushed Brent oil futures to the $63 level – which coincides with the 2.618 Fibonacci extension shown in the chart. If the price action finds support at this particular level, chances are that the bull run could be resumed in the following days, possibly aiming for that $70 resistance again.

Meanwhile, a similar situation seems to be taking place with WTI futures, as the US crude benchmark is bouncing off the 2.618 Fibonacci extension this morning, which could lead to a jump towards a first target of $65.7 if the bull run resumes.

On the other hand, if market participants believe the correction should be much more severe, chances are that WTI oil futures could land at $54 per barrel – a previous resistance area that could now become support.

For now, both the RSI and the MACD are reinforcing a bearish short-term outlook for both markers, which means that traders should remain cautious if they plan to take long positions on crude at this point.