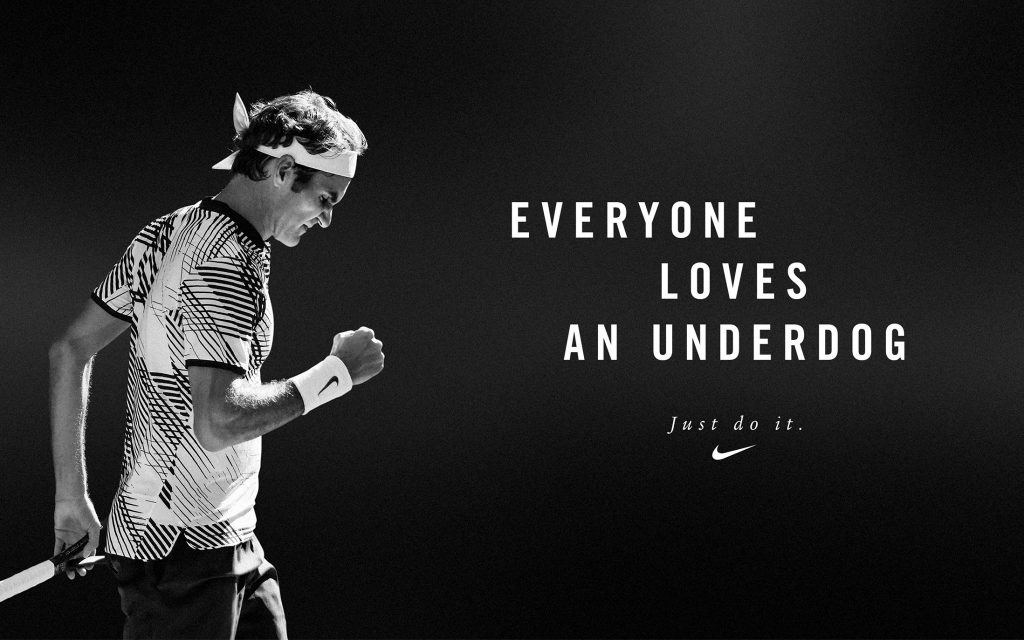 Nike stock was trading almost 3% lower in US premarket trading today after posting mixed earnings. The stock has outperformed the S&P 500 over the last year. Should you buy the dip in the stock?

Nike reported its fiscal third quarter 2021 earnings for the quarter ended 28 February yesterday after the close of markets. The earnings were a mixed bag. While the company missed revenue estimates, its bottomline was better than expected.

Nike’s revenues in the fiscal third quarter of 2021 fell 1% year over year on a currency-neutral basis to $10.4 billion. While the revenues were 3% higher with the currency movement, they fell well short of the $11.02 billion that analysts were expecting.

Meanwhile, sales in Greater China soared as analysts were expecting. Nike’s sales in the region increased 51% year over year in the fiscal third quarter. The lockdowns in Europe also took a toll on the company’s revenues.

“EMEA physical retail sales declined, as 45 percent of NIKE-owned stores experienced mandatory COVID-19 related closures for the last two months of the quarter,” said the company in its release. While its online sales in the region increased by 60%, they could not offset the fewer sales due to store closure.

Meanwhile, while Nike’s revenues fell on a yearly basis and missed estimates, its bottomline was better than expected. The company posted an EPS of 90 cents which was higher than the 76 cents that analysts were projecting.

“NIKE’s brand momentum is as strong as ever and we are driving focused growth against our largest opportunities,” said Matt Friend, Nike’s CFO. He added, “We continue to see the value of a more direct, digitally-enabled strategy, fueling even greater potential for NIKE over the long term.” 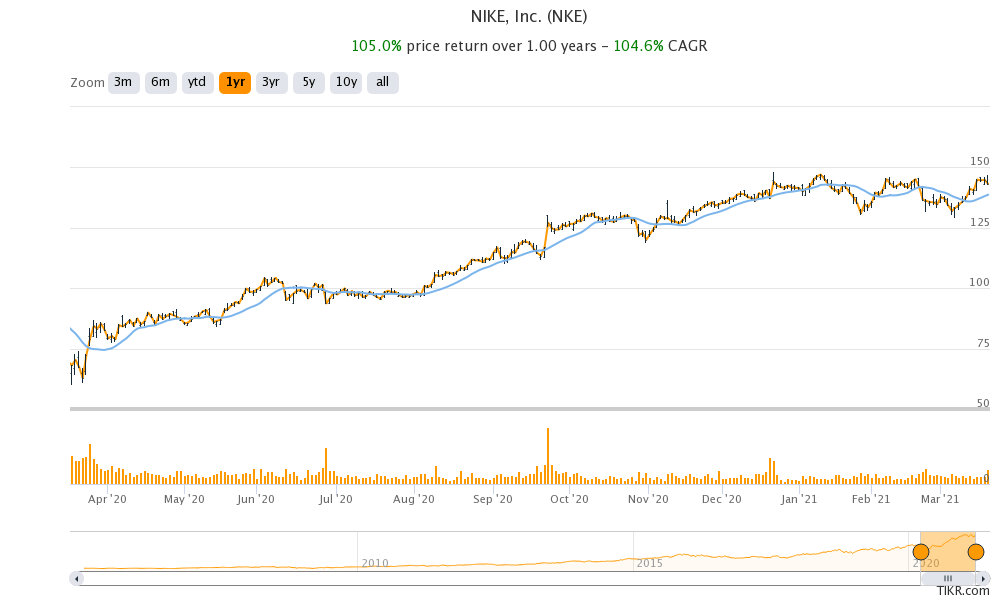 Nike ended the fiscal quarter with cash and cash equivalents of $12.5 billion which were $9.3 billion higher than the corresponding period in the last year. A bond issue and free cash flows helped the company improve its cash position. As US interest rates fell sharply in 2020 many companies issued debt to capitalize on the opportunity.

Nike’s inventory increased 15% year over year to $6.7 billion in the quarter led by higher transit inventory in North America.

Nike expects online sales to gradually account for half of its total sales. “We have made significant progress to-date, increasing the digital mix of our business by more than 10 points in Q3 versus the prior year. NIKE’s ability to sustainably grow digital for the long term is rooted in our member connections and compelling experiences that only NIKE can offer,” said John Donahoe, Nike’s CEO during the earnings call.

Nike expects its revenue growth in the fiscal year 2021 to be in the “low to mid-teens” while analysts were projecting a sales growth of 15.9%. While the company did not provide guidance for the fiscal year 20222, it said “we are already exceeding our pre-pandemic levels of business and I expect the momentum we are seeing to translate into continued strong revenue growth.”

Miller Tabak chief market strategist Matt Maley sees Nike stock at a “key technical juncture.” “The stock is expensive on a P/E basis, price to earnings, and also price to sales, more importantly. However, I’ve got to admit on a technical basis it does have some potential here,” said Tabak.

He added, “Even though the stock is not oversold, it’s kind of in a neutral area, maybe slightly above, but it’s not overbought and certainly not as overbought as it has been at recent highs in the last couple of years. So it’s kind of at a key technical juncture right now. A break above $147 and it’ll run, but wait, just wait for that.”

Should you buy Nike stock?

Meanwhile, Wall Street is bullish on the stock and analysts see more upside ahead for the sports good company despite it more than doubling over the last year. The pivot towards online sales would help the company reach more consumers and would also be margin accretive as it transitions from an offline model to a hybrid model that almost all retail companies are adopting.

You can trade in Nike stock through any of the best online stockbrokers. Alternatively, if you wish to trade derivatives, we also have reviewed a list of derivative brokers you can consider.