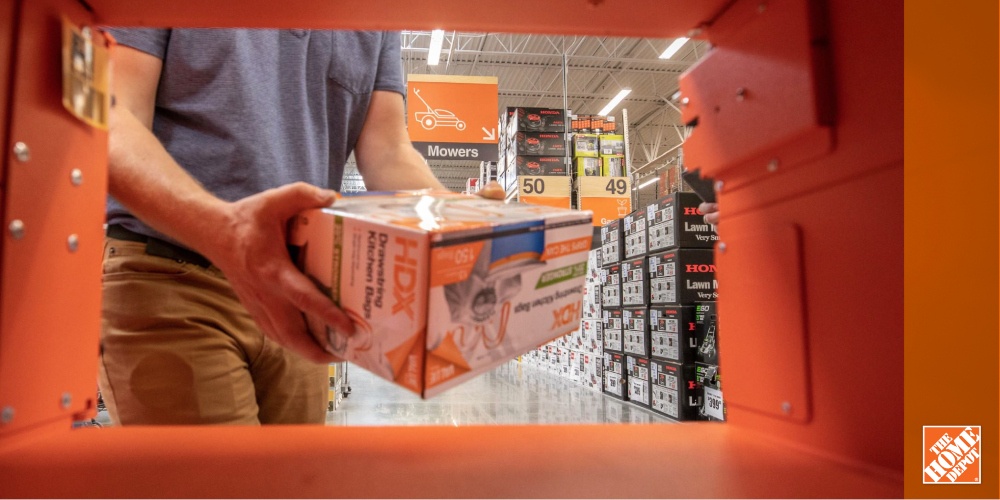 Home Depot released its second-quarter earnings today. The stock was trading lower despite the earnings beat

This week, several retail giants in the US are scheduled to release their earnings. Along with Home Depot, Walmart also reported its earnings today. Lowe’s, Bath & Body Works, Target, Kohl’s, and Macy’s have also scheduled their quarterly earnings for this week.

We also got the all-important July retail sales data today which showed that retail sales in the month fell 1.1% which was worse than the 0.3% decline that analysts were expecting. The data for June was revised upwards to show a sales increase of 0.7%, 10 basis points higher than the previous reading. Over the last couple of months, the final data has shown retail sales faring better than the initial reading.

The consumer transactions fell 5.8% in the quarter. The 11.3% increase in average consumer transaction helped propel the revenues. However, the higher transactions are coming mainly due to inflation. Higher lumber prices have led to a spike in several home improvement products. Meanwhile, Home Depot’s quarterly revenues surged to a new record and topped $40 billion for the first time in history.

Another factor weighing down Home Depot stock could be the fact that the company did not provide a 2021 guidance. It cited uncertainty due to the COVID-19 pandemic for not providing guidance. Several companies have stopped providing forward guidance given the uncertain economic environment. Meanwhile, the company sounded upbeat on the recent performance. “Customer engagement and demand for home improvement is healthy,” said Home Depot CFO Richard McPhail. He added, “Housing remains strong, and we see a supportive environment for home improvement spending as we look out over the next several years.”

“Home improvement was a big Covid winner, and Home Depot performed masterfully through the crisis,” said Oppenheimer Senior Analyst Brian Nagel. He added “But I’ve got to believe that as the economy opens up, as people start to move around again, there’s going to be less of a focus on spending on the home. And that’s what we’re seeing in these numbers now.”

Meanwhile, Lowe’s stock is also sharply lower today. The company is set to report its earnings tomorrow. Analysts expect the company’s sales to fall 2% in the quarter. Its sales are expected to fall around 5% in the next two quarters also. That said, the fall in sales is coming from a high base as the company’s sales had risen sharply last year as consumers spent more on home improvement amid the lockdowns. 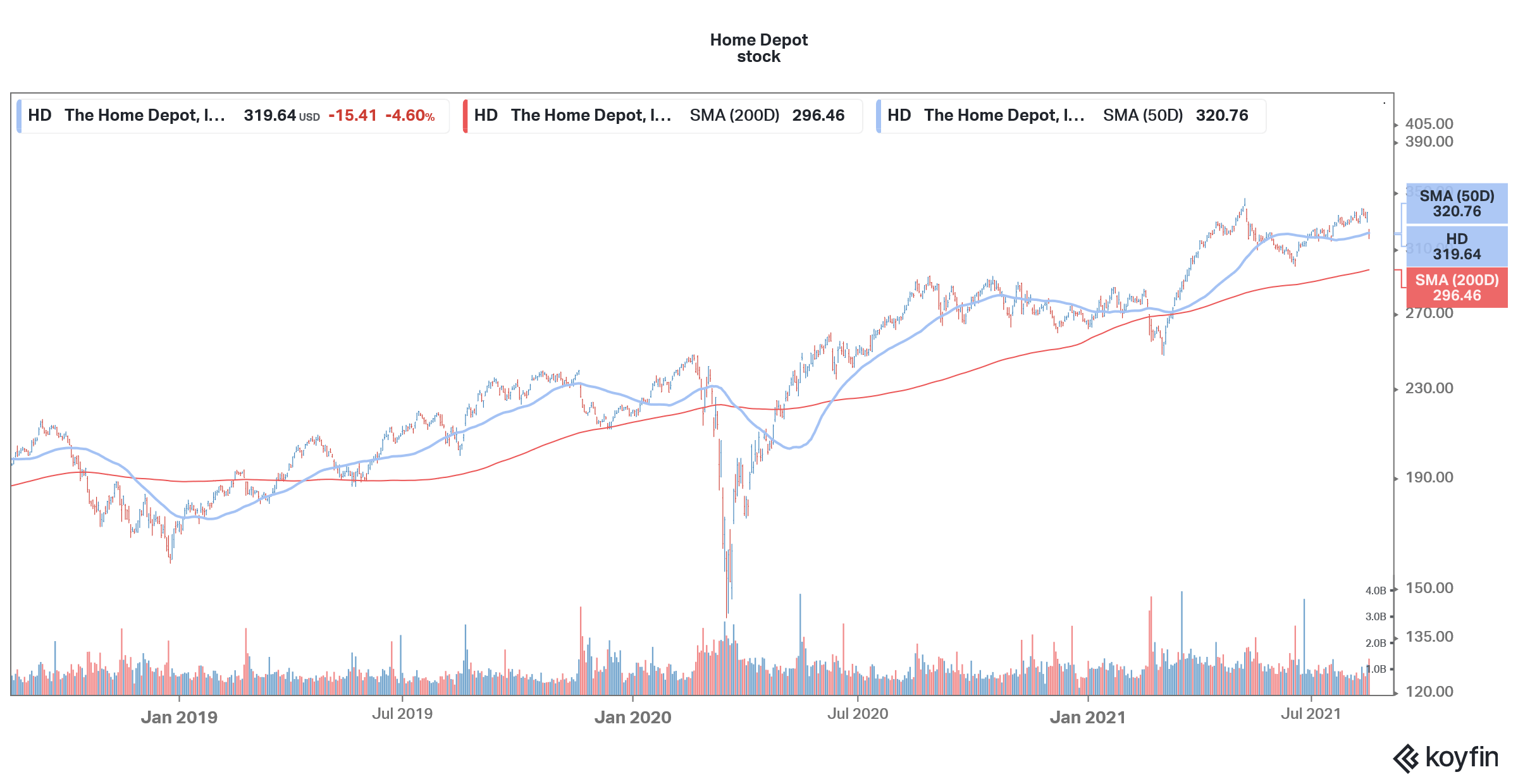 According to the data from CNN Business, Home Depot has a median target price of $350 which is a premium of 9.5% over current prices. The highest and lowest target price for the stock is $391 and $300 respectively. Of the 34 analysts over the stock, 23 have rated it as a buy while ten have given it a hold rating. One analyst has a sell rating on the stock.

How to buy Home Depot stock

You can buy Home Depot stock through any of the best online stockbrokers. Alternatively, if you wish to trade derivatives, we also have reviewed a list of derivative brokers you can consider.

An alternative approach to investing in retail companies could be to invest in ETFs that invest in retail stocks.

Through a retail ETF, you can diversify your risks across many companies instead of just investing in a few companies. While this may mean that you might miss out on “home runs” you would also not end up owning the worst-performing stocks in your portfolio.