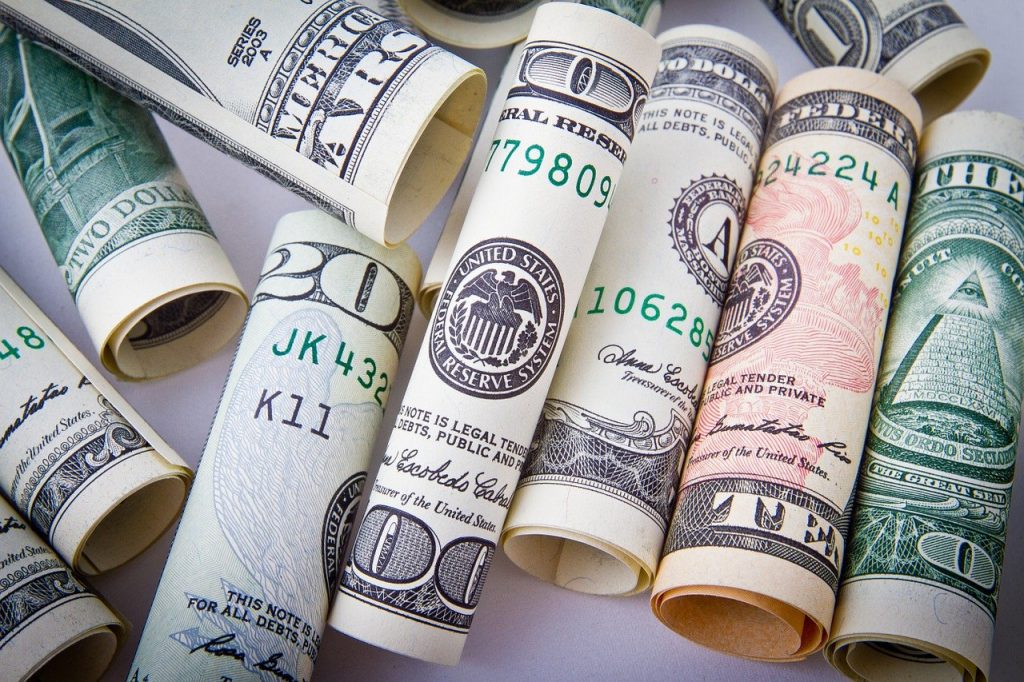 The US Federal Reserve’s two-day meeting is scheduled for this week. It’s widely expected that the Fed would announce tapering at this meeting even as markets are speculating on the quantum and timeline.

Last year, the US Fed slashed rates to zero bound and embarked on an aggressive bond-buying program in a bid to stabilize the US economy. The accommodative monetary policy helped the US economy. Meanwhile, US inflation is also running near multi-decade highs which are leading to calls for tapering.

Legendary fund manager Bill Ackman has called upon the Federal Reserve to raise interest rates. “The bottom line: we think the Fed should taper immediately and begin raising rates as soon as possible,” tweeted Ackman. Ackman rose to fame last year after its bet against the credit markets in Q1 2020, where his investment of $2.7 million surged to $2.6 billion. Ackman bet against the markets later in the year also but the trade did not go as he had envisioned.

Nonetheless, Ackman’s Pershing Square fund rose 70% last year and outperformed the markets by a wide margin. The fund had outperformed in 2019 also. However, this year, the fund is underperforming the markets.

Ackman has been positioning his portfolio anticipating a rate hike by the Federal Reserve. “As we have previously disclosed, we have put our money where our mouth is in hedging our exposure to an upward move in rates, as we believe that a rise in rates could negatively impact our long-only equity portfolio,” tweeted Ackman.

How worrying is the inflation situation?

US inflation rose to 5.4% in September, inching above the August reading. Earlier this year, the Federal Reserve said that inflation is transitory. However, a mix of supply bottlenecks, strong demand, and high raw material prices have ensured that the inflation is a lot stickier than many had envisioned.

Meanwhile, Treasury Secretary Janet Yellen, in whose tenure the Federal Reserve had begun raising rates in December 2015, believes that it’s still fair to call inflation transitory and expects prices to come down in the back half of 2022. 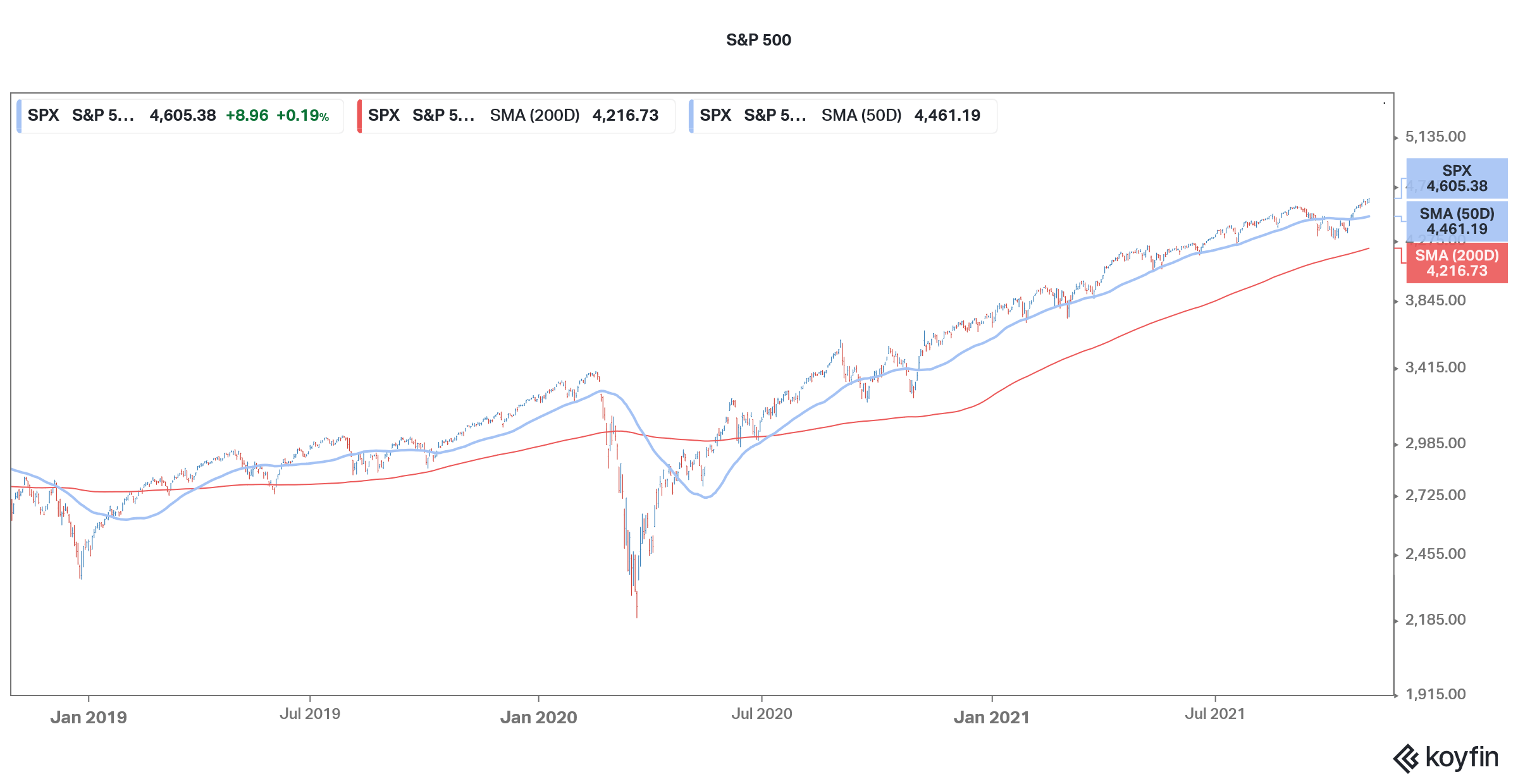 Will the Federal Reserve raise rates?

The Federal Reserve is not expected to raise rates as yet. Notably, central banks in South Korea, New Zealand, and Norway have already begun the process of raising interest rates.

“The Fed is part of a global move to remove accommodation, and the market drives right past that,” said Bleakley Advisory Group CIO Peter Boockvar. He added, “In a way, the stock market is playing a game of chicken, with this inflation move and interest rates and the response from central banks.”

The Fed is also expected to begin tapering and lower the monthly bond purchases. However, unlike the taper tantrum of 2013, markets now seem prepared for tapering this time around.

Here it is worth noting that global supply chain issues are also adding to inflation. The tapering from Federal Reserve would not have any impact on the supply side issues. However, it might have an impact on the aggregate demand in the economy. Commodity prices might also see downwards pressure if the Fed embarks on an aggressive tightening path.

There has been a perfect storm in the global supply chain. Demand has picked up, especially in the US, while supply hasn’t kept pace. Also, since factories were closed for a long period last year, there has been a lot of inventory drawdown. As a result, companies have been looking at inventory restocking further leading to increased demand. Then we have the localized spreads of coronavirus in parts of Asia, especially in Vietnam and Malaysia. Both these countries are quite important for global supply chains.

Add the container shortage problem, issues at ports, shortage of drivers to transport the goods inland, and the global supply chain issues only get amplified. China’s power crisis is also adding to the problem. Notably, several perennially oversupplied industries have also become supply-constrained now and several companies including HP and Daimler have said that they can sell everything that they are able to produce.

Where to invest in Federal Reserve begins tightening?

However, banking stocks, which have anyways been outperforming in 2021, could see more upside. Banks see an expansion in their net interest margins if long-term rates rise as they borrow at the short end of the curve and lend at the long end of the curve.

How to invest in banking stocks?

You can invest in banks stocks through any of the reputed online stockbrokers. Alternatively, if you wish to trade derivatives, we also have reviewed a list of derivative brokers you can consider.

Through a financial sector ETF, you can diversify your risks across many companies instead of just investing in a few companies. While this may mean that you might miss out on “home runs” you would also not end up owning the worst-performing stocks in your portfolio. The Financial Select Sector SPDR Fund has almost 39% of its portfolio in banking stocks and could be a good way to play the sector.