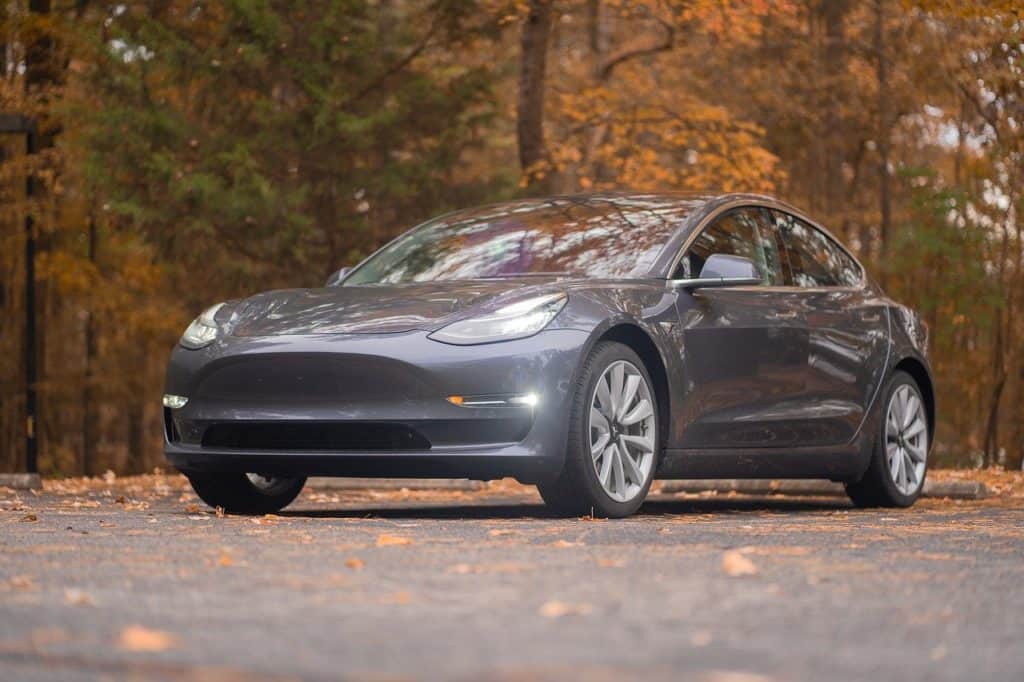 According to the consensus estimates compiled by Tikr, analysts expect Tesla to report revenues of $8.29 billion in the third quarter—a year over year rise of 31.5%. Tesla’s revenues had tumbled 4.9% in the second quarter as its production was disrupted due to COVID-19 related restrictions.

However, as the restrictions eased, Tesla ramped up its production in the third quarter. It produced 145,036 electric vehicles in the third quarter and delivered 139,300 of them in the quarter. According to Tesla, it’s a supply-constrained company and can sell only as many cars as it can produce.

The company is taking several measures to scale up its production and is coming up with new factories in Germany and the US. The company capitalized on the sharp rise in its stock price and raised capital twice this year. This would provide it with the war chest to expand its production.

Analysts expect Tesla to report an adjusted EPS of $0.60 in the third quarter, up 62% over the corresponding period last year. The company has been profitable in only a handful of quarters in its history but has posted a net profit for four consecutive quarters.

Many expected Tesla to join the S&P 500 after it met a crucial condition of four consecutive profitable quarters. However, the S&P 500 gave a snub to Tesla that triggered a sell-off in its stock. Since then, the stock has recouped those losses. 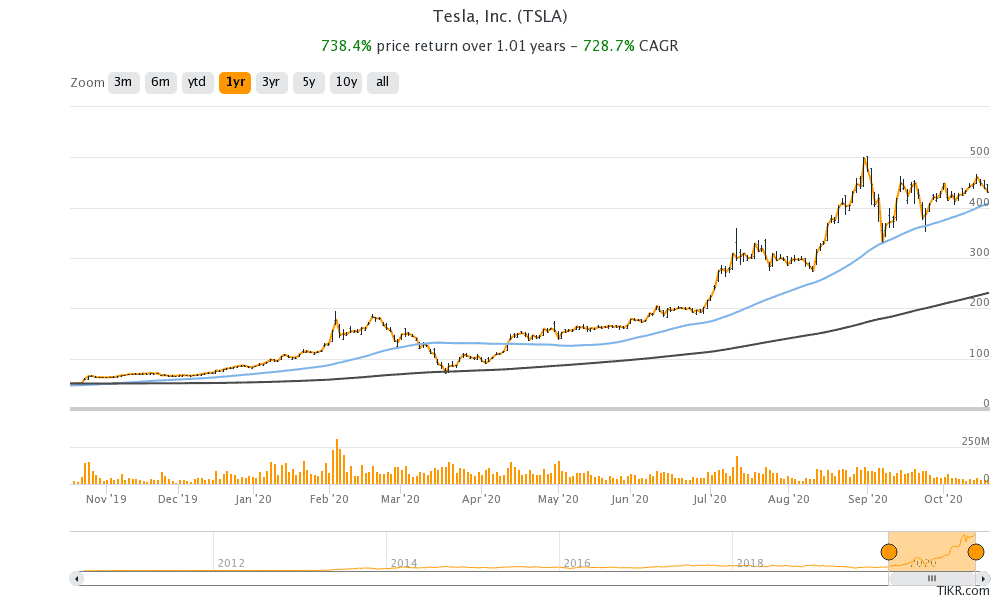 Tesla stock has soared in 2020

Tesla stock has risen 415% this year. NIO, the Chinese electric vehicle maker is up 587% over the period. Investors have poured money into electric vehicle plays this year and stocks like Workhorse and Blinks Charging have also risen sharply. However, the rise in electric vehicle stocks also has hints of a bubble. For instance, SPI Energy, a company most investors hadn’t probably heard of, rose over 4,400% intraday last month after it announced a subsidiary to produce electric vehicles.

Looking at valuations, Tesla trades at an NTM (next 12-month) price to earnings multiple of almost 150x. However, a high valuation multiple hasn’t deterred investors who anticipate electric vehicle sales to soar over the next decade. Given its leadership in electric vehicle and automation, Tesla looks well placed to capitalize on the vehicle electrification story.

This month several analysts have raised Tesla’s target price ahead of its earnings. Yesterday, Dan Ives of Wedbush Securities raised his target price from $475 to $500. Ives is among the notable Tesla bulls. “In terms of overall unit demand heading into year-end we believe Tesla is on pace to impressively achieve in the area code of 500k units for the year, a line in the sand that was a pipe dream six months ago as Tesla (and other auto players) have navigated this unprecedented COVID backdrop,” said Ives.

He added, “Tesla’s improved manufacturing efficiency and shining Giga 3 success in China will be on full display later this week and lead to another strong bottom-line performance which should beat the Street in our opinion.”

Analysts are divided on Tesla’s outlook

Such dispersion in analysts’ price targets is quite rare. However, retail investors especially the millennials have been bullish on Tesla stock. It has traded above its price target for the most part last year.