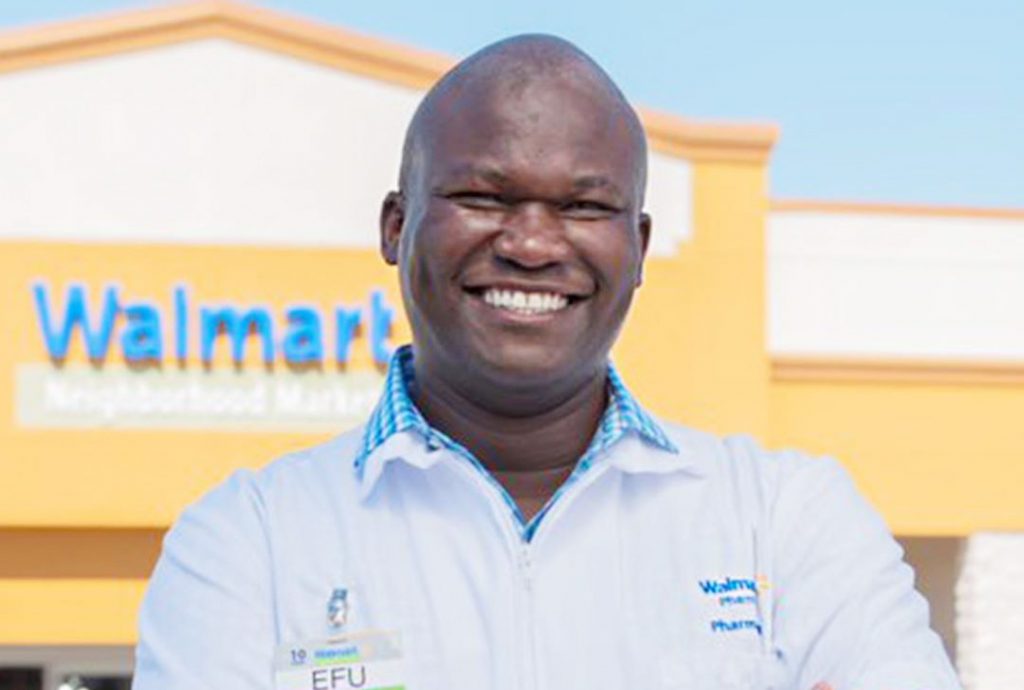 While the earnings season for US companies is now getting at its fag end, this week, many retail companies have lined up their earnings including Walmart which is the world’s largest brick and mortar company.

What are analysts expecting from Walmart’s earnings and what’s the forecast for the stock this year as the economy reopens?

Walmart would release its fiscal second-quarter 2022 earnings tomorrow before the US markets open. While the stock looked strong last year as several people spent the stimulus cheques at its stores, it is up only about 2% for the year and is underperforming the markets in 2021.

Earlier this year only, while releasing its fiscal year 2021 earnings, Walmart had warned that its revenues, as well as profits, would be lower this year as compared to the previous fiscal year. The guidance had spooked markets even as the company talked about massive investments to scale up its e-commerce abilities to take on the mighty Amazon.

What to expect from Walmart’s second-quarter earnings?

Analysts polled by TIKR expect Walmart to report revenues of $136 billion in the fiscal second quarter, a year-over-year fall of 0.7%. The company’s top line is projected to fall in the next two quarters also. This would be the first time in years that the brick-and-mortar retail giant would report a fall in revenues if analysts’ estimates turn out to be true. Notably, the fall in revenues is coming due to asset divestitures. After accounting for these, the company expects low single-digit growth in the fiscal year 2022.

Walmart is expected to post an adjusted EPS of $1.57 in the quarter, 0.6% lower than what it did in the corresponding quarter last year.

Meanwhile, as the bellwether of US retail, Walmart’s earnings would be closely followed for the retail spending environment in the country. Notably, we’ll also get the July retail sales data on Tuesday along with Walmart’s earnings. While consensus estimates call for a 0.2% fall as compared to the previous month, Bank of America analysts expect that retail sales fell 2.3% last month. The analysts point to a seasonally adjusted 1.3% fall in card spending in the month to support their argument. The analysts also point to lower spending on services amid the rise in coronavirus cases. Also, they see the preponing to Amazon’s Prime Day to late June instead of July hurting retail sales in the month. 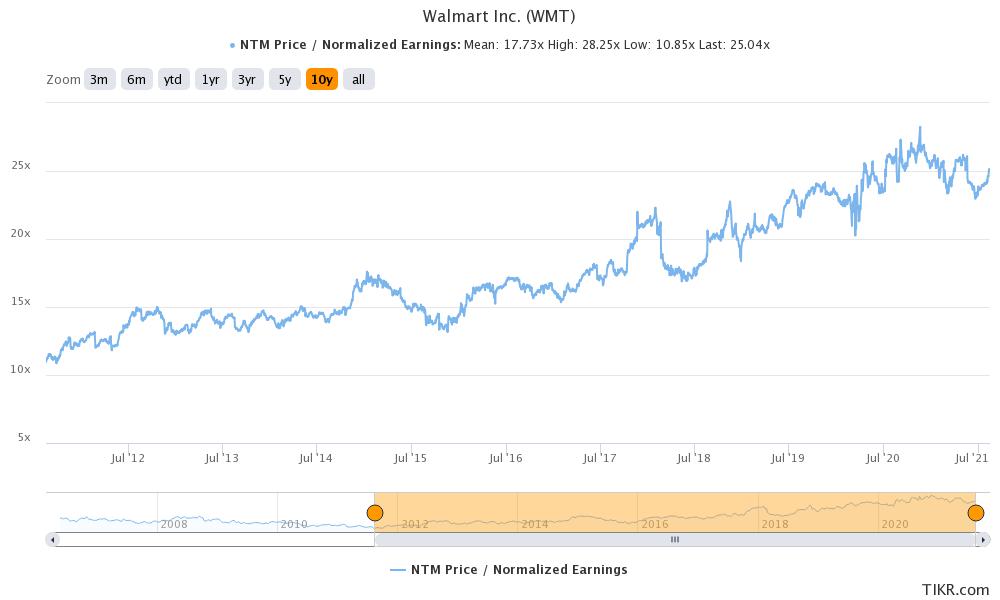 Of the 36 analysts covering the stock, 26 rate them as a buy or some equivalent while seven rate them as a hold. The remaining three rate Walmart stock as a sell.

Earlier this month, Wells Fargo upgraded Walmart stock from equal weight to overweight and assigned a target price of $165. It sees the stock reversing its recent underperformance where it has underperformed the markets as well as some retail peers.

Analysts led by Edward Kelly said that they “see a potential inflection in this lagging name.” They added, “WMT was not a COVID winner. It lost share in consumables to local grocers as consumers prioritized convenience, quality, and selection over value. WMT’s reduced hours also did not help.”

Stephens’s analyst Ben Bienvenu also maintained his overweight rating on Walmart stock and increased the target price by $10 to $170. He sees a strong second-quarter performance from the company.

While releasing its fiscal fourth 2021 earnings, Walmart said expects higher investments as well as expenses in the fiscal year 2022 that will take a toll on its earnings. It projected a capex of $14 billion for the year and gave a guidance of capex between 2.5-3% of sales going forward. Retail companies have been investing heavily to ramp up their e-commerce abilities which are taking a toll on the earnings in the short term.

Walmart’s CFO Brett Biggs justified the higher spending and said “This spend will allow us to fully optimize our strategy, and in turn, accelerate the company’s top-line and profit growth rates in the mid to long-term.” He added, “After years of transition, these investments should put us in position for 4% plus sales growth and operating income growth rates higher than sales.”

The company also announced a wage hike for almost a third of its US workers which would take its average pay above $15 per hour even as its minimum starting wage remains at $11. Many US companies have been supportive of the $15 per hour minimum wage and Amazon is among the companies that pay a minimum of $15 per hour in the US.

Walmart stock currently trades at an NTM (next-12 months) PE multiple of 25.04x which is higher than the 23.3x that it has averaged over the last three years. The valuation premium over five-year and ten-year multiples is even wider as the stock’s forward PE multiples 21.1x and 17.7x over the time horizons respectively.

Meanwhile, the valuation premium is also due to a rise in broader market valuations. Also, markets seem to be giving a premium to the stock for its investments in e-commerce which will pay off in the long term. The company is playing aggressive to tackle the competition and the results would be visible in the long term.

You can buy Walmart stock through any of the best online stockbrokers. Alternatively, if you wish to trade derivatives, we also have reviewed a list of derivative brokers you can consider.