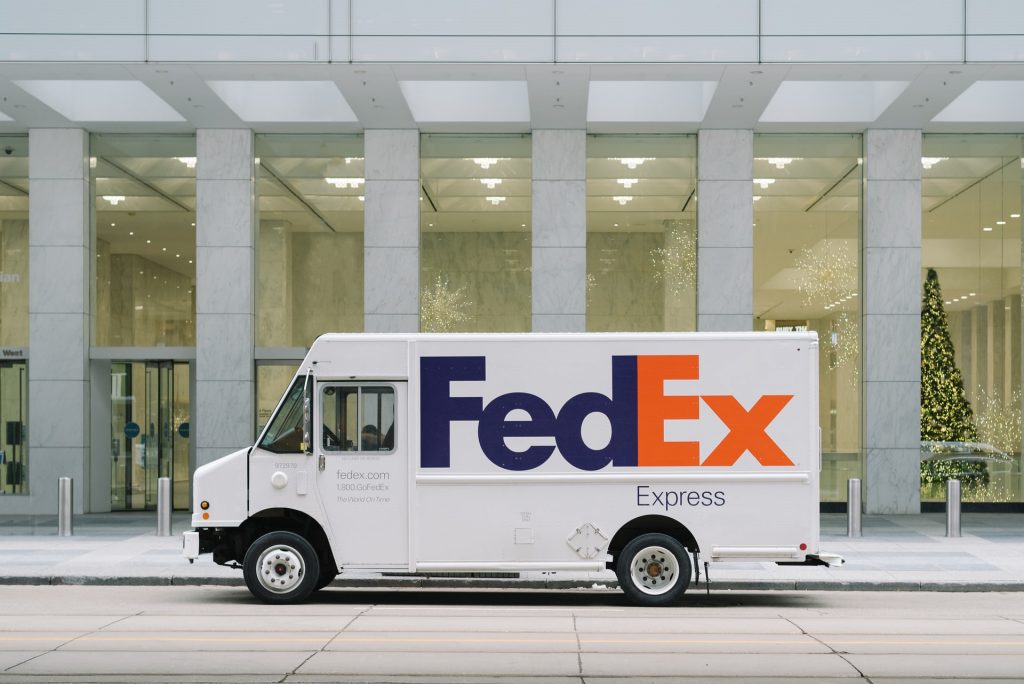 Logistics giant FedEx is set to release its fiscal first-quarter 2022 earnings on Tuesday. What’re analysts expecting from the earnings and is it a buy now?

FedEx stock has been under pressure this year. The stock is trading almost flat for the year even as the S&P 500 has delivered strong double-digit returns over the period. Also, FedEx stock is now down over 20% from its 52-week highs and is in a bear market territory. The stock is now far from its 52-week lows of $230.27 even as the broader markets are near their record highs.

With the upcoming earnings, investors would naturally be wondering if the release would help turn the tide. Analysts expect FedEx to report revenues of $21.86 billion in the quarter ended August, a year a-over-year rise of 13.1%. The company’s EPS is however expected to rise only about 1.2% to $4.93 over the period. Notably, FedEx has been battling higher costs mainly due to the increase in labor costs amid the labor shortage. Also, the increase in energy prices has led to cost pressures.

Last week, UBS lowered its earnings estimates for FedEx citing wage inflation as well as the difficulty in hiring workers. A lot of people have been reluctant to return to the job market which is amplifying the labor shortage situation in the US.

How analysts see the earnings

Last month, Bank of America reiterated its buy rating on FedEx stock while lowering the target price from $372 to $340. “Historically (in the decade pre-COVID), F1Q EPS dropped 22% sequentially from F4Q given the decelerating volume growth through the summer, yet we (and consensus) had expected EPS to rise in F1Q22E from F4Q21′s $5.01. We now expect a 15% sequential pullback,” it said in its release.

Looking at the consolidated ratings, 17 analysts polled by TipRanks rate FedEx stock as a buy while three rate it as a hold. Only one analyst has a sell rating on the stock. Its average target price of $350.42 is a premium of over 37%.

JPMorgan is bullish on FedEx stock

Last month, JPMorgan also reiterated the stock as a top bet. “We continue to view FedEx as among the best long-term growth stories in our coverage universe with the integration of TNT finally on the horizon. The market is not paying for Express margins at current levels but the addition of TNT will improve the baseline earnings power of this segment in 2022,” it said in its note.

In 2016, FedEx had acquitted rival TNT in a $4.8 billion deal. However, analysts have been apprehensive about the transaction.

FedEx stock trades at an NTM (next-12 months) PE of only about 12.1x. The multiples have averaged 13.4x, 14.2x, and 14.5x over the last three years, five years, and ten years respectively. The current valuations look attractive looking at the historical valuations. Also, while US stock market valuation is running ahead of the long-term averages, FedEx is among the rare stocks that are trading at discount to the long-term multiples. 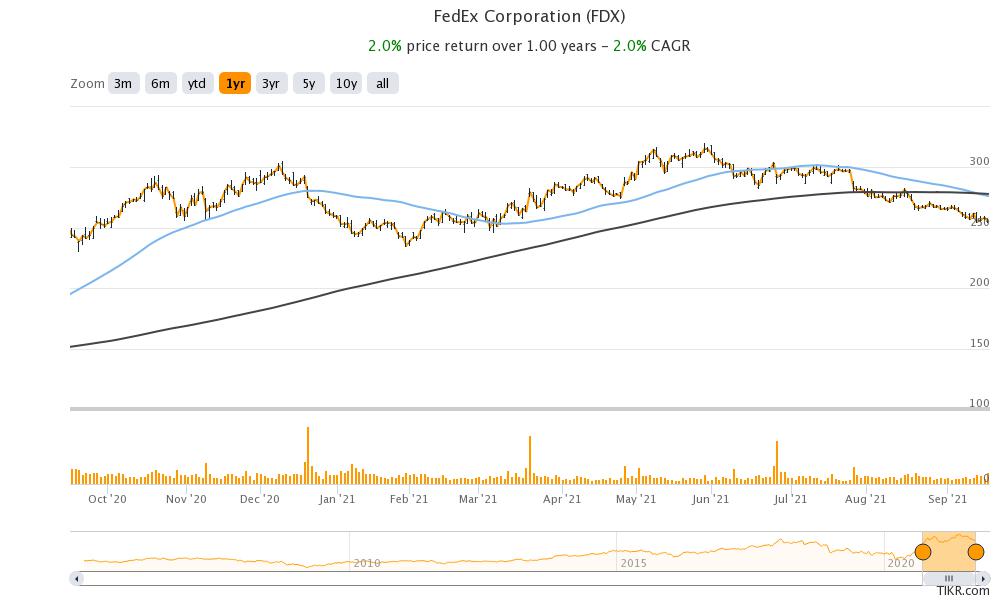 How’s FedEx looking on the charts

Meanwhile, FedEx stock is not looking too bullish on the charts. The stock was facing strong resistance at the 50-day SMA (simple moving average) and subsequently also fell below the 200-day SMA. The stock has been making lower highs which is another bearish signal.

Also, there is a death cross formation in the stock as its 50-day SMA has fallen below the 200-day SMA. While death cross is a lagging technical indicator and is preceded by a downwards price action, it often confirms a long-term bear market.

Bill Baruch, president of Blue Line Capital echoed similar views and sees the stock as bearish on the charts. He added, “On top of that, FedEx has now surrendered its 2018 high. This stock on a charting basis is very exhausted at these levels.”

However, Gina Sanchez, CEO of Chantico Global and chief market strategist at Lido Advisors sees the stock well placed from a risk-reward perspective. “There’s a lot of upside from here but the environment is a challenge so FedEx has some positives and negatives. The positives are that they made a huge investment into capacity going into the holiday season. Some of the downs are that UPS is getting into the same-day space so more competition. But their valuation says there’s upside from here,” said Sanchez.

Overall, after the steep fall from the highs, FedEx stock looks well placed, especially if you want to hold the stock for the long term. FedEx is also a dividend-paying company even as the current yield is a measly 1.2% which is even below the S&P 500’s dividend yield.

How to buy FedEx stock

You can buy FedEx through any of the reputed online stockbrokers. Alternatively, if you wish to trade derivatives, we also have reviewed a list of derivative brokers you can consider.

Through an ETF, you can diversify your risks across many companies instead of just investing in a few companies. While this may mean that you might miss out on “home runs” you would also not end up owning the worst-performing stocks in your portfolio. The iShares Transportation ETF gives you exposure to the transportations sector and counts FedEx as one of its top holdings. The ETF is up 13.8% so far in 2021.