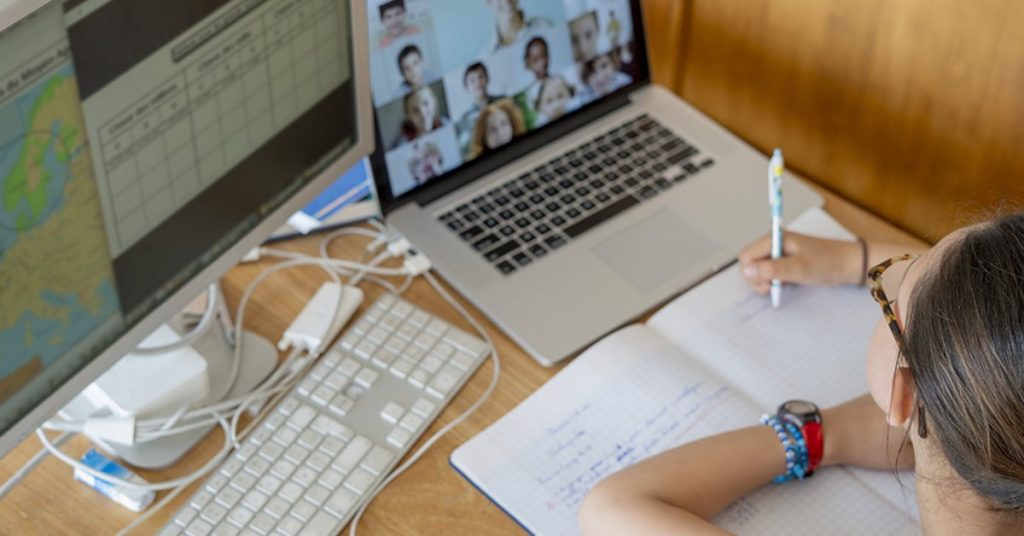 Wall Street analysts have turned bullish on Cisco stock after its investor day. Should you also take a bullish view of the company?

Like many other legacy companies, Cisco has also been making efforts to pivot the business towards software. The strategy makes sense, as not only is the software business generally profitable and less capital intensive, but software companies trade at a premium valuation. There have been examples when companies have seen a valuation multiple rerating as markets started to value them as tech and software companies. Apple is among the prime examples as markets now see it more of a software and tech company amid rising services revenues.

Cisco said that it expects annual revenue growth between 5-7% over the next four fiscal years. While the growth rates might seem low when looked in isolation, they should be read in context. The highest growth that Cisco has witnessed in the last six fiscal years was a 5.2% sales growth in the fiscal year 2019. During these six years, in two the company reported a fall in sales.

Commenting on the investor day, JMP Securities analyst Erik Suppiger, said: “The key theme from the analyst day was the company’s ongoing shift to software-based revenues and subscription sales, as well as the breadth and depth of Cisco’s platform strengths across networking, security, infrastructure, and full-stack observability.”

The sales outlook provided by Cisco pleased markets. However, the bottomline guidance seemed on the lower side. But then, since the company would be increasing its investments to fuel growth, the earnings growth might not be able to surpass the topline growth. Also at least in the short-term, Cisco’s sales are constrained due to the chip shortage situation.

“It’s frustrating because we can’t deliver all of the products our customers want,” said Cisco CEO Chuck Robbins. Several companies including HP have said that their sales are constrained due to the chip shortage situation. Industries ranging from gadget makers to automotive have been negatively impacted due to the global chip shortage. 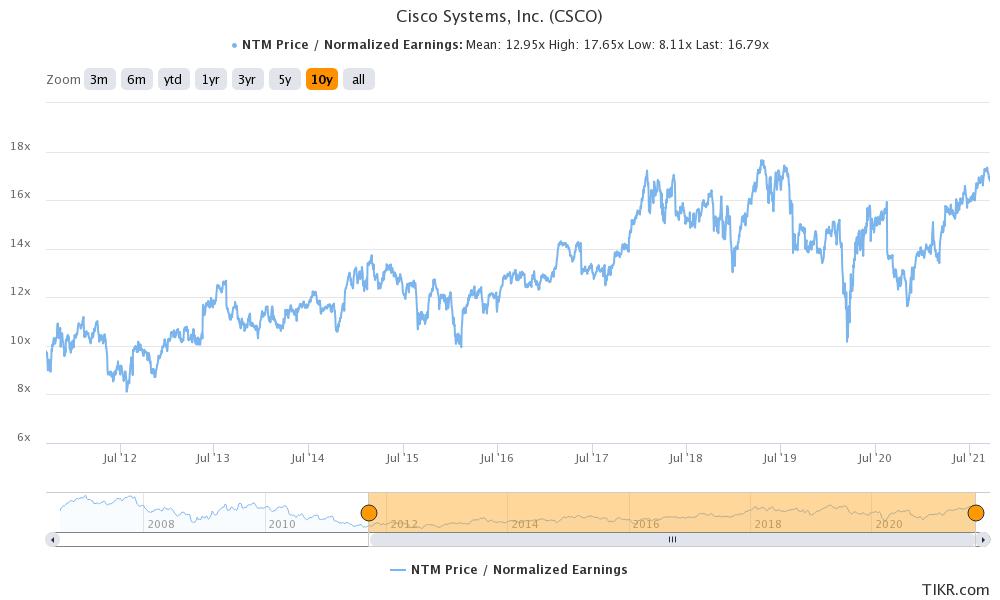 Meanwhile, most Wall Street analysts seem impressed with the business forecasts provided by Cisco. Credit Suisse analyst Sami Badri upgraded the stock from neutral to buy. “Investor sentiment is currently cautiously optimistic … but we believe the cautiousness will abate as CSCO executes on its [long-term] guidance while ramping its recurring revenue plans (software, subs. etc.),” said Badri in its note.

Despite its slugging growth, Cisco stock has been a steady performer. It is up 28.6% so far in 2021 and is outperforming the markets. Over the last 10 years, the stock has grown at a CAGR of 13.8% which looks healthy. The stock also pays a dividend and the current yield of around 2.6% which is higher than that of the S&P 500.

Credit Suisse sees the stock running even higher and raised its target price from $56 to $74. “We continue to find supporting evidence to suggest that Enterprise and Public Sector customers (~55% of total revenues), are only beginning their new wave of product orders and deployments, indicating an acceleration in activity,” it said in its note.

JPMorgan Chase also added Cisco stock to its focus list. To be sure, Cisco’s valuations are currently above the historical average. For instance, its NTM (next-12 months) PE of 16.8x is above the 10-year average of 13x. Incidentally, earlier this month, while downgrading Cisco stock, Morgan Stanley had said that to rise from these levels, the stock would need a “stronger software growth trajectory.”

This is what exactly Cisco did when it provided long-term guidance. The pivot towards services revenues and better than expected topline growth should help propel the stock higher.

You can trade in Cisco stock through any of the best online stockbrokers. Alternatively, if you wish to trade derivatives, we also have reviewed a list of derivative brokers you can consider.