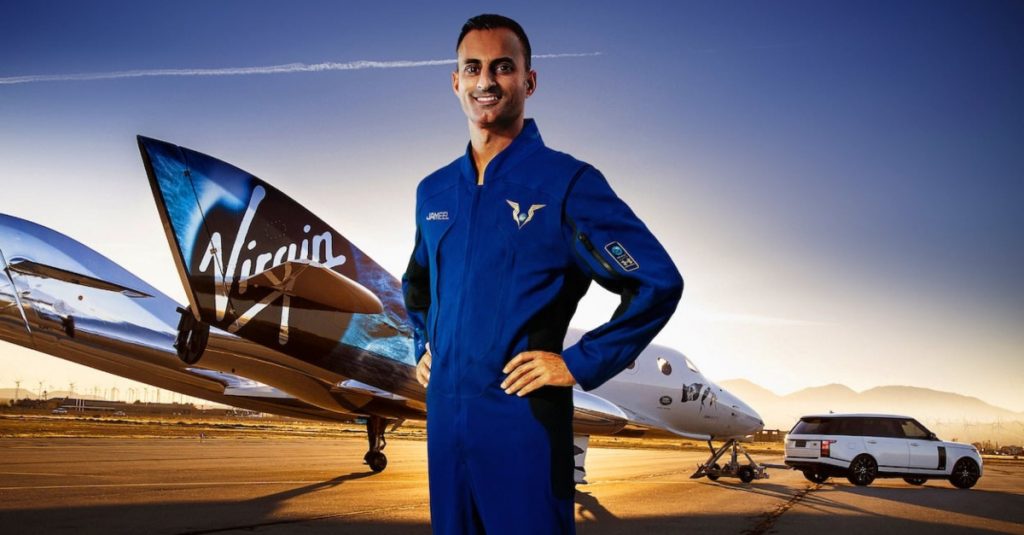 Virgin Galactic stock was trading sharply higher in US price action today after Jefferies issued a bullish note on the space tourism company. Virgin has taken a lead over competitors and Sir Richard Branson became the first billionaire to reach space.

While Virgin Galactic stock had surged when the company made the successful flight with Branson on board, they have since tumbled. Jefferies meanwhile sees the dip as a buying opportunity.

Analyst Greg Konrad initiated coverage on Virgin Galactic stock with a buy rating and $33 target price. The brokerage estimates that once the company has four spacecraft under its belt, it can get revenues of $440 million by 2025 and then reach revenues of $1.7 billion by 2020. The company has a market cap of around $7 billion which gives us 2030 price-to-sales multiple of 4.1x.

“The business model is simple; more customers + more spaceships to meet demand drives topline growth,” said Konrad in his note. The brokerage has done a survey of 233 people having a net worth in excess of $1 million. The results showed that a third of the respondents were interested in going to space, which shows the market potential for space travel.

While Jefferies sees the high ticket price put up by Virgin as a headwind for sales, it said that it estimated 250,000 people have the means as well as interest for space travel. “Coupled with rising wealth, this implies a potential ~$120 billion market for commercial space over time, which we believe is largely untapped,” said Konrad in its note.

During their second-quarter earnings call, Virgin Galactic had increased the ticket pricing and said that it has received 600 bookings so far. The company kept three tiers for pricing which include single-seat, multi-seat, and full cabin booking.

“We have a purposeful range of product offerings in order to satisfy the different ways people will want to share this experience of private astronaut flights,” said Virgin Galactic CEO Michael Colglazier during the earnings release.

The company believes that the TAM (total addressable market) for space travel is $900 billion and intends to target the premium end which it believes is a third of the total market. 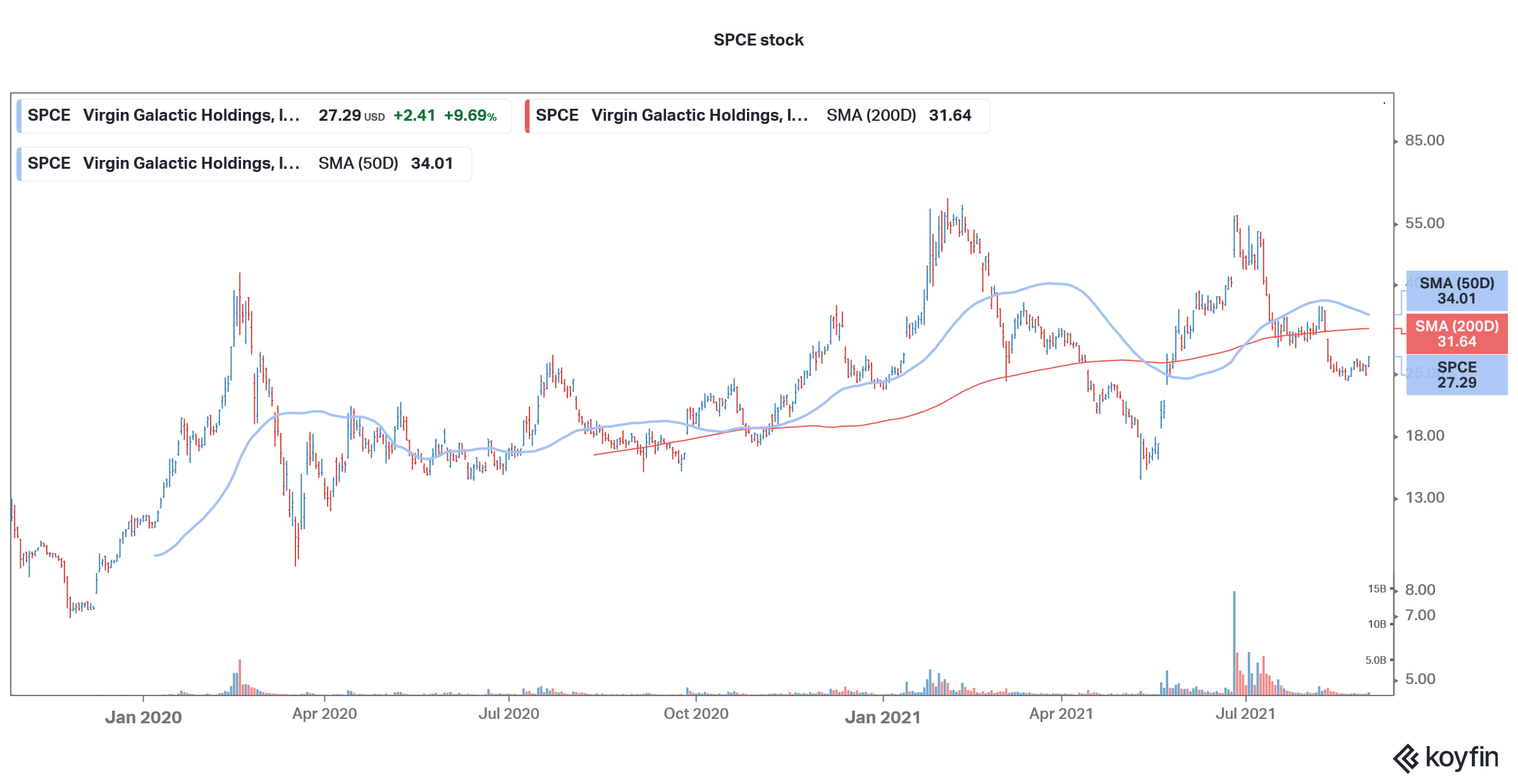 The space war has been heating among billionaires. Along with Virgin Galactic, which was founded by Richard Branson, Tesla’s CEO Elon Musk and Amazon’s CEO Jeff Bezos also have space travel companies. Musk even started to accept Dogecoin as a payment method for his privately held SpaceX. Bezos has also made his maiden space flight. That’s said, many have been critical of billionaires traveling to space while the world grapples with the COVID-19 pandemic.

Looking at the consensus estimates, out of the 10 analysts covering Virgin Galactic stock, only three have a buy rating while five rate them as a hold. The remaining two analysts have a sell or equivalent rating. The stock’s median target price of $33 implies an upside of almost 23%.

Wall Street analysts have a mixed opinion over Virgin Galactic. Ahead of Branson’s flight, Cowen assigned a street-high target price of $51. “We are more positive about the prospects of a successful commercial spaceflight program in 2022. Visibility, marketing programs, and ticket sales should support valuation,” said Cowen analyst Oliver Chen.

He listed, “Potential delays with the remaining test flights, technical issues that may potentially emerge from test flights, SPCE’s inability to achieve profitability, any safety-related problems or technical mishaps, and higher competition,” as the key risks for the company.

However, after the flight, Bank of America double downgraded the stock to underperform. The stock had fallen after Branson’s flight. The positives seemed baked in the stock before the flight itself. Also, the company announced a $500 million stock sale after the flight which further dampened the sentiments.

How to invest in Virgin Galactic stock

Overall, Virgin Galactic stock looks like a good bet to play the space travel industry. You can invest in space exploration stocks like Virgin Galactic through any of the reputed online stockbrokers. Alternatively, if you wish to trade derivatives, we also have reviewed a list of derivative brokers you can consider.

Through an ETF, you can diversify your risks across many companies instead of just investing in a few companies. While this may mean that you might miss out on “home runs” you would also not end up owning the worst-performing stocks in your portfolio. Cathie Wood’s ARK Invest launched a space exploration ETF earlier this year.