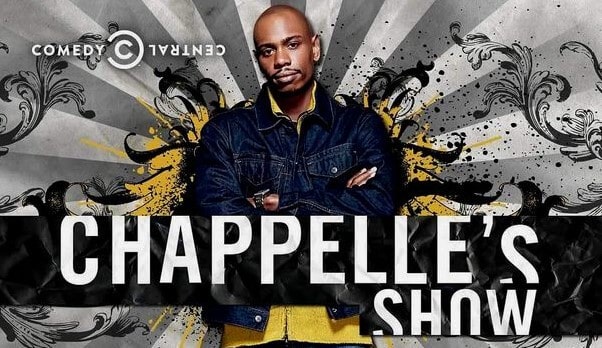 Media giant ViacomCBS will report its second-quarter earnings on Thursday and analysts will have a close eye on how far cord-cutting is affecting the business.

Viewers around the world flock to streaming services such as Netflix (NFLX) and Amazon (AMZN) Prime. This has left ViacomCBS, which owns Paramount Pictures, and other established production studios struggling to compete for original content as revenues slide.

Also, advertising sales may have also taken a hit during this quarter as the coronavirus pandemic has forced media buyers to slash their marketing budgets to save money. However, the firm’s streaming services – such as CBS All Access and Comedy Central – which makes Chappelle’s Show starring Dave Chappelle (pictured) – may provide a cushion.

Analysts expect to see revenues coming in at $6bn, up 58.6% from the $3.8bn the company reported a year ago. However, much of this growth comes from the merger of Viacom and CBS in late 2019.

Meanwhile, earnings are expected to land at $0.90 per share for the second quarter, which is $0.28 less than the $1.18 per share the company earned the previous year.

How has the stock performed? 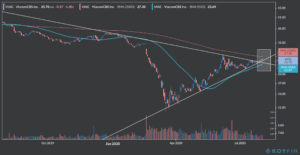 ViacomCBS shares have been consolidating around the $24 – $26 level in the past few days in anticipation of these quarterly results.

The extent to which cord-cutting has affected both the top and bottom-line of the firm and the impact of lower advertising revenues along with the tone of the guidance provided by the management team will determine the path the stock takes.

How to trade ViacomCBS after it posts earnings?

Traders should keep an eye on how the stock behaves once the quarterly results are posted as a move below that trend line (above) could end up triggering a sizable correction.