VanEck’s Head: eSports Market will have Generated $150 Billion Revenues in 2019

Read this article to know which plans does VanEck has for the next two years. 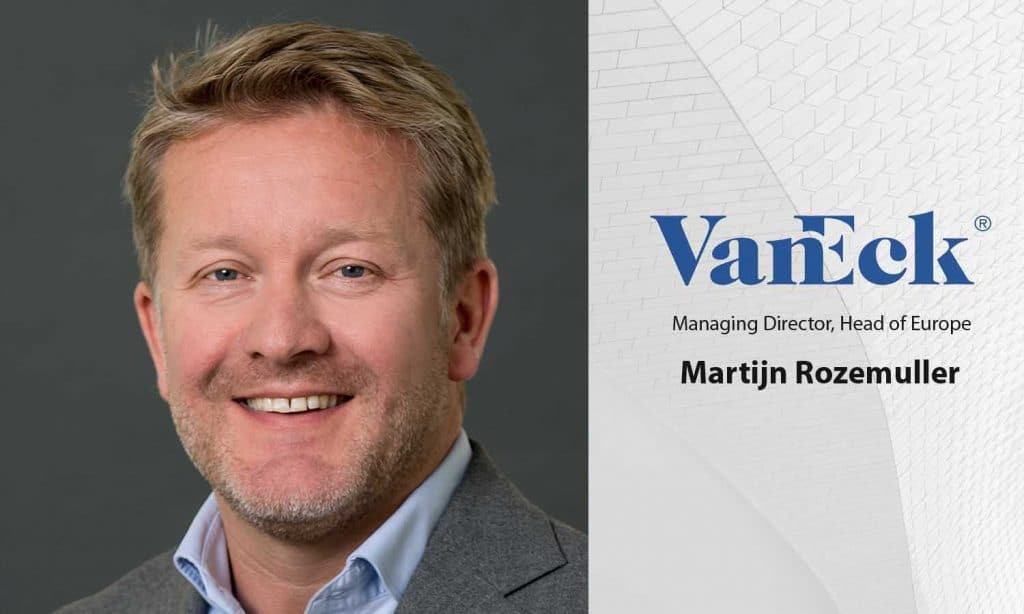 In a recent interview with LearnBonds.com, the Managing Director at VanEck and Head of Europe, Martijn Rozemuller, explained that this is the right time to invest in eSports companies.

He stated that we are currently in a moment in which these firms will be experiencing an expansion in the market thanks to partnerships, league ownership, sponsoring and more. At the same time, competitive video gaming is also going to have a positive influence on the eSports sector.

Which were the reasons that pushed VanEck to list the first eSports ETF on the London Stock Exchange?

“The United Kingdom is an important market for VanEck and one of our core markets. We want to give our UK clients’ access to this fast-growing disruptive market via our ETF. We listed our new product on London Stock Exchange (LSE) in both USD and GBP trading currencies, to allow investors to trade not only in USD but also in their local currency. LSE is a leading stock exchange in Europe, and we definitely see a lot of appetite in innovative products.”

Which has been investors’ reception of this eSports ETF?

“Investors can now invest in the “future of sport” with the VanEck Vectors Video Gaming and eSports UCITS ETF. Esports are becoming increasingly popular and both the technology as well as the games and events are developing in harmony with the consumers’ needs. By investing in companies in this segment, investors can take part in this long-term growth story. We saw regular flows since its inception, so investors’ reception of this new ETF is very positive.”

What does VanEck expect about the future of the Video Gaming industry?

“Esports is the sport of the digital generation and has grown from having a niche existence to becoming a mass phenomenon that is followed by millions of viewers on a daily basis via live streaming or in event halls. Just a few years ago, the success story of sold-out stadiums, millions of viewers, high-caliber sponsors and notable marketing activities were centered around football, baseball, basketball, and hockey. But today, it is just as focused upon the world of video gaming and esports.

The video gaming market is in a phase of transformational growth and expected to generate revenues of almost $150 billion in 2019, representing an increase of around ten percent compared with 2018. One of the growth drivers for the sector is the rise of professional, competitive video gaming. For example, while the NFL Superbowl in 2018 achieved 106 million US viewers, more than 100 million people around the world watched the final of the “League of Legends 2018 World Championships.” This year, up to 454 million viewers could be reached through professional esports events.

Since 2015, esports has recorded average annual revenue growth of almost 40 percent and is benefiting from a young and wealthy audience. In Europe, well-known football clubs such as Manchester City, Schalke 04, Ajax Amsterdam and Paris St-Germain are also moving in on the digital trend and setting up their esports departments. Asia is spearheading this development and accounts for around 50 percent of the global esports audience. For the next Asian Games in 2022 in Hangzhou, China, esports will even be official events, alongside traditional forms of sport.

We expect that established video gaming companies will benefit most from the rise in esports, through partnerships, league ownership, sponsoring, franchising, and other marketing measures. Esports has brought video gaming out of the living room and into the stadiums. The average consumers in the esports segment are below 30 years of age and are therefore very young compared with the viewers of traditional forms of sport.

Esports are becoming increasingly popular, and both the technology as well as the games and events are developing in harmony with the consumers’ needs. By investing in companies in this segment, investors can take part in this long-term growth story.”

“Frankly, I prefer not to give any tactical investment advice. I advise personal investors to build up a portfolio by setting apart a fixed amount per month and investing it across asset classes and regions. ETFs are ideally suited for this. Market timing has historically been very daunting to achieve.

Institutional investors, I suggest looking beyond the traditional core asset classes. Especially on the fixed income side, emerging markets offer interesting risk-adjusted-return characteristics. Gold can play the role of stabilizer in case of a market reversal.”

What does VanEck consider are the most significant financial challenges the world will face in 2020-2021?

“I see the development of the economic cycle as the main challenge. Many indicators have deteriorated over the last 18 months. The question for me is whether the massive use of monetary instruments will mitigate a recession, or instead amplify it. The rising levels of indebtedness of both corporations and households do pose a major risk.”

Which plans does VanEck have for the next two years?

“Because of confidentiality reasons I cannot disclose too much. What I can say is that you will see us more and more on digital channels. Technology has opened new opportunities to communicate with clients, both institutional and retail. Few asset managers fully leverage them. We will access the opportunities.”

Thank you, Martijn, for the conversation!

Our detailed guide to Bitcoin casino apps will help you to find the best and safest one.