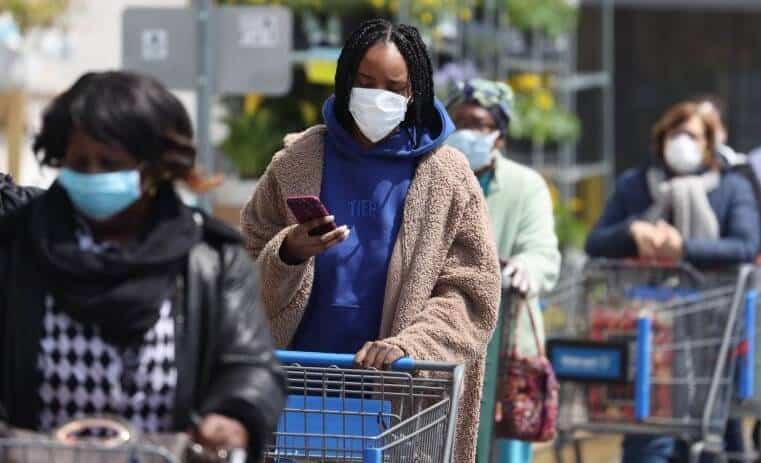 A working vaccine for coronavirus may not result in the boost to the stock market investors expect to see, according to Goldman Sachs.

Analysts from the US investment bank argue that a successful vaccine is likely to spark a sector rotation and a shift away from tech stocks and safe-haven assets like US Treasury bonds and gold, they said in a note sent to clients on Wednesday.

They say the swing may favour cyclical stocks, which include discretionary companies such as Starbucks or Nike.

Tech stocks are among the biggest winners of the first half of the year, with consumers reliant on online services due to lockdown restrictions. Shares Amazon in are up almost 70% this year, while Facebook is up 19%. The S&P500 is up 2%.

Sector rotation occurs when the markets anticipate that the next stage of the economic cycle is about to set foot, favoring the names that were formerly shunned during the previous cycle and selling off those that have emerged as the big winners.

How would the stock market react to an early vaccine? 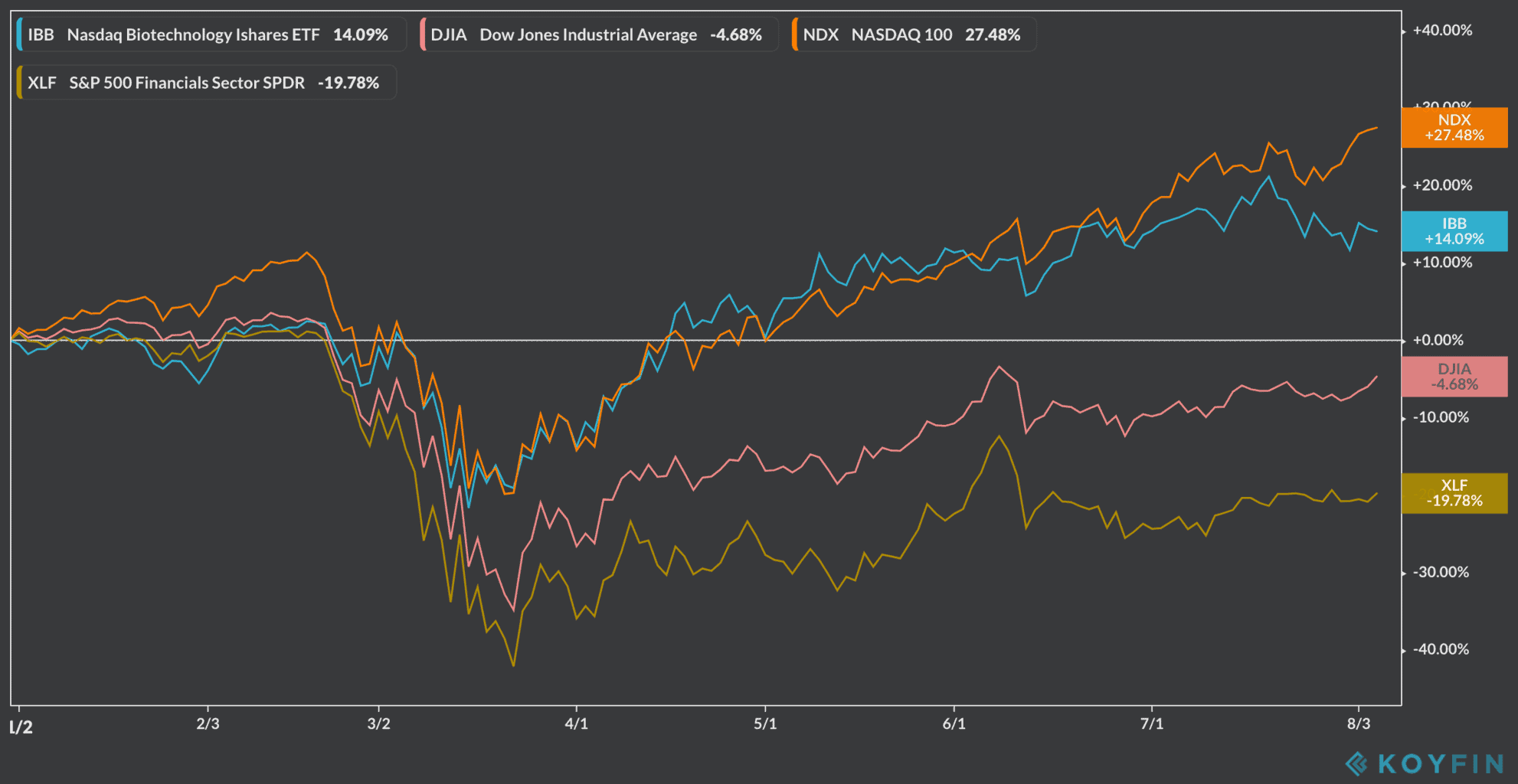 Health care and biotech stocks have also seen big gains since the outbreak begun, as firms race to find a cure for the virus.

Goldman argues a  rotation will favour banks and cyclical stocks – car makers, industrials, and small-caps – while pulling away from companies that benefit from stay-at-home policies, such as online retailers, cloud-computing software businesses.

Goldman said a vaccine would “challenge market assumptions both about cyclicality and about eternally negative real rates”, emphasizing that the yield curve – an illustration of how interest rates behave for different bond maturities – should steepen as a result of this medical breakthrough, which could end up having a negative impact on equities.

The investment bank also said that the US presidential election in November is a key variable, as a change in the administration could benefit emerging market equities if Democrats propose higher taxes.

Goldman’s forecasts for the S&P 500 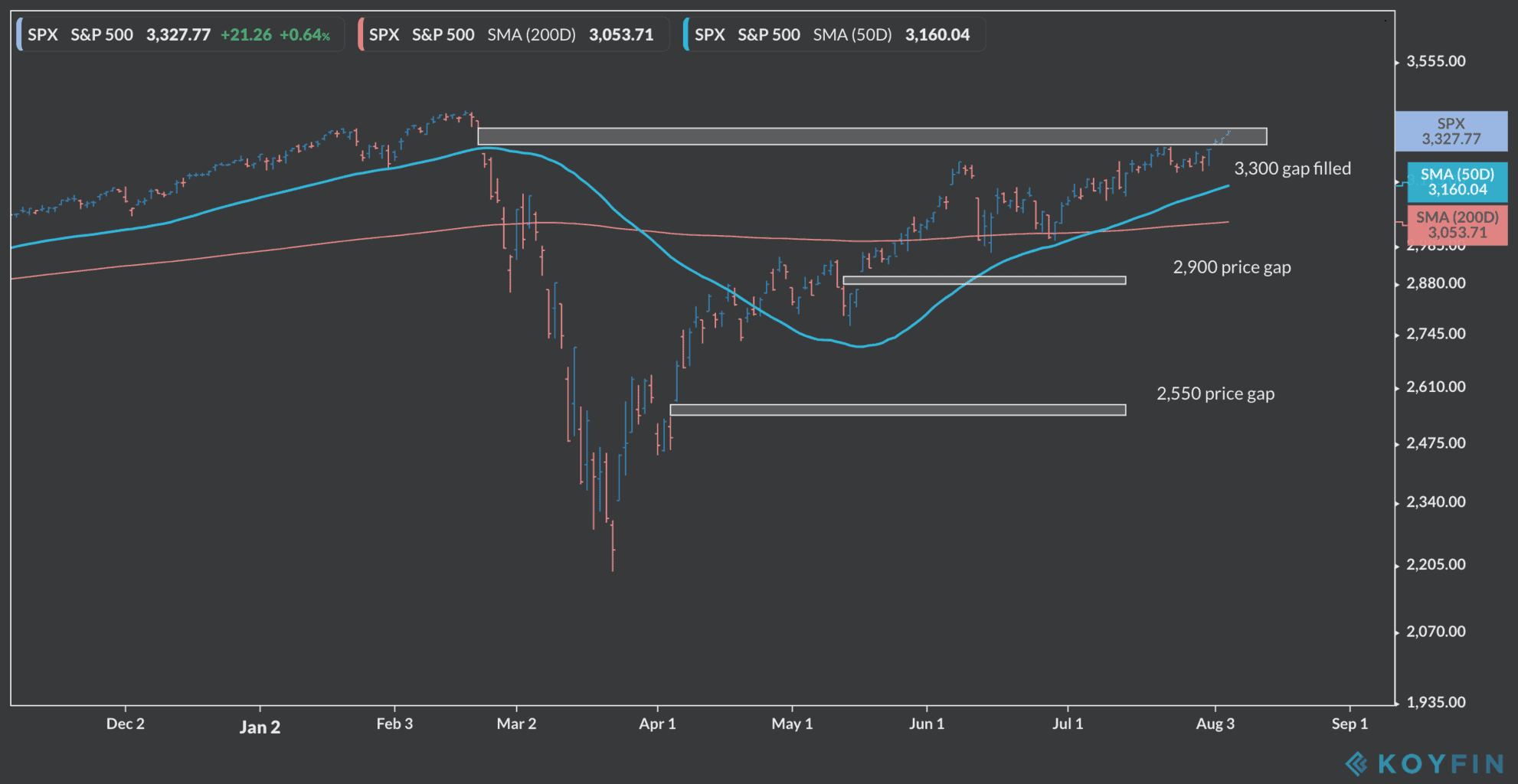 However, Goldman’s team of strategists behind the report, including Kamakshya Trivedi, co-head of foreign exchange research, still see upside ahead for the S&P 500 broad-market index.

The report said the S&P would hit 3,700 if a vaccine is approved earlier than expected, but forecasts a fall to 2,200 if a second wave of virus crosses America.

Meanwhile, Goldman maintains its gloomy outlook on the US dollar, which fell to its lowest levels since 2018 on Thursday morning.