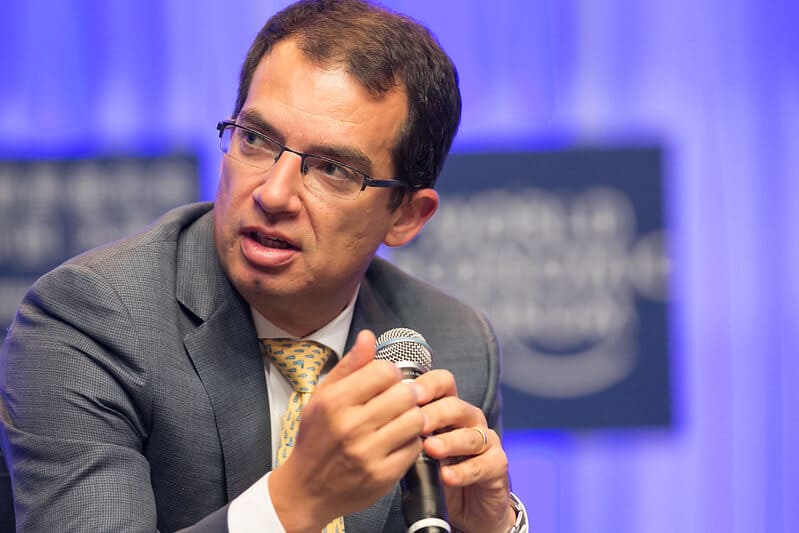 The US government has picked five firms currently developing a coronavirus vaccine as part of its operation ‘Warp Speed’, to find a fast treatment for the disease.

Operation Warp Speed seeks to compress a vaccine process that is typically years long into a matter of months, in part by spending as much as $10bn on research, manufacturing and agreements to guarantee purchase of the vaccines.

The program aims to assist at least three out of the five companies in conducting large-scale randomized clinical trials to ensure the safeness and effectiveness of their vaccines, while it also seeks to assist them in the development of suitable treatments and diagnostics for the disease.

US President Donald Trump on Tuesday tweeted: “Vaccines are coming along really well. Moving faster than anticipated. Good news ahead (in many ways)!”.

From these five candidates, Moderna appears to be the company that has moved faster towards the development of a potential vaccine, as the biotech’s mRNA-1273 candidate has already moved on to Phase 2, which involves testing the drug in a group of 600 patients, after a successful Phase 1 that managed to produce antibodies to neutralize the virus.

Shares of US biotech firm Moderna (MRNA) have skyrocketed during the year, after the company emerged as the front-runner in the race towards finding a vaccine for the virus causing the world’s latest pandemic.

The stock accumulates a gain of 188% since January, a performance that overshadows its four rivals in Operation Warp Speed, with AstraZeneca (AZN), Johnson & Johnson, Merck, Pfizer posting 52%, 17%, 7% and -9% gains respectively. Moderna ended up yesterday’s stock trading session at $59.89 and its up 1.4% during pre-market trading. 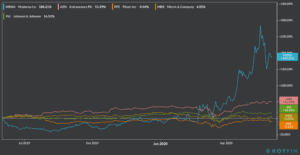 Even though the shares of Moderna led by chief eccutive Stéphane Bancel (pictured), have rallied recently, analysts are still bullish on it as reflected by the stock’s $84 12-month price target, which represents a 40% upside based on yesterday’s price.

The pharma boss added: “Speed is one factor, but in some ways we don’t really accept the concept of a race … We understand the urgency, but our goal isn’t to be the frontrunner in the early stages — it’s to develop a vaccine that is safe and effective”.