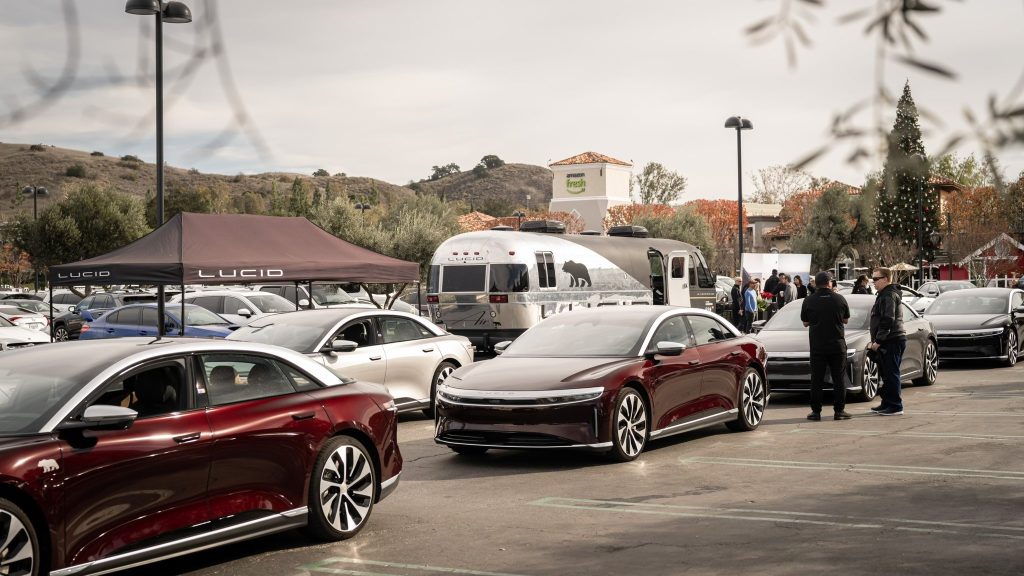 Lucid Motors stock (NYSE: LCID) is trading higher in US premarket price action today after the company announced that it has completed the at-the-market stock offering. The stock hit its all-time low in regular trading yesterday.

In its release, Lucid Motors said that it raised gross proceeds of around $600 million by selling over 56.2 million shares. The average price comes to around $10.7 which is above the stock’s current market price.

Apart from this at-the-market stock offering, Lucid Motors expects to raise $915 million through the private placement of 85.7 million shares to Ayar Third Investment Company which is an affiliate of Saudi Arabia’s PIF (public investment trust). PIF is anyways the largest Lucid Motors stockholder and also participated in the company’s PIPE (private investment in public equity) transaction during its merger with Churchill Capital IV.

Lucid Motors’ merger with Churchill Capital was the biggest SPAC merger until then. It was also the most hyped merger and came at a time when there was an almost unending appetite for EV stocks. Even before the merger, Churchill Capital IV stock rose as high as $65. The stock fell after the merger which has become more of a norm than the exception in SPAC mergers.

LCID stock surged in November last year after Rivian’s mega IPO. Lucid Motors’ market cap almost hit $100 billion then. However, since then it has crashed, and so have other EV stocks.

Lucid Motors ended the third quarter with $3.85 billion in cash and cash equivalents. It said that the cash is sufficient to fund its operations until the end of 2023. The recently completed stock sale would help the company bridge its cash burn. Along with its factory in the US, LCID is contemplating setting up a second plant in Saudi Arabia.

There are concerns over the relationship between Saudi Arabia and Lucid Motors as the kingdom recently announced a partnership with Foxconn to produce electric cars in the country.

Commenting on Saudi Arabia’s recent arrangement with Foxconn, Rawlinson said during the Q3 2022 earnings call, “I am very confident and I think we can very comfortably coexist and benefit, actually mutually benefit from each other’s existence and growth.

LCID stock was among the rare EV SPACs which traded above $10. However, even it has now fallen below the SPAC IPO price. There has been a broad-based selling in EV names and even Tesla has lost half of its market cap from the last year’s highs. The sell-off has been even more severe in loss-making EV names, especially those that have faltered in execution.

However, Lucid Motors has faltered in execution which is also making markets apprehensive. Lucid Motors had originally guided for production of 20,000 vehicles for 2022. However, it cut the guidance twice and now expects to produce between 6,000-7,000 cars this year. While Rivian and Tesla have also lowered their guidance amid supply chain woes, Lucid Motors’ new guidance is only about a third of its original guidance.

There are concerns over the demand for Lucid cars 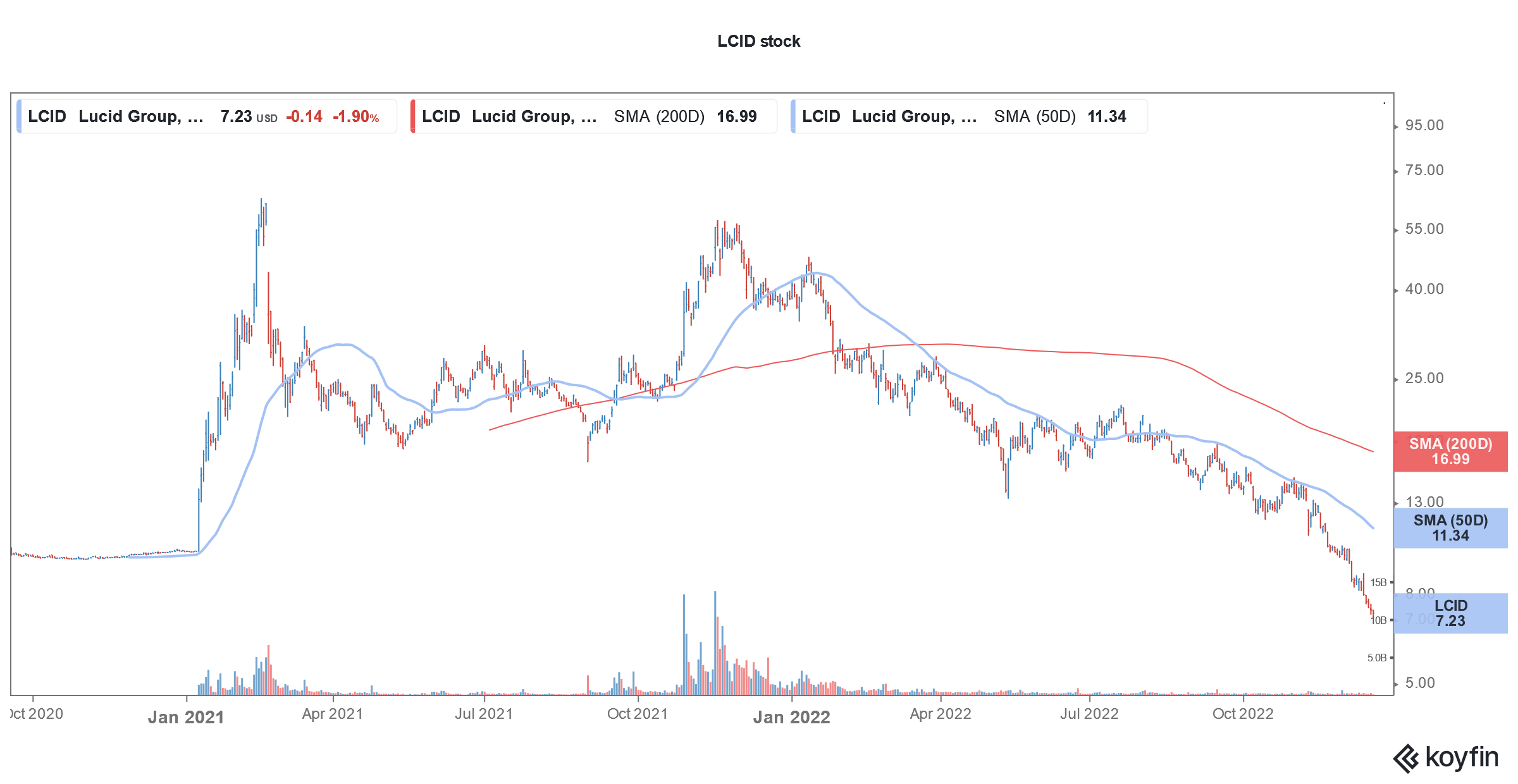 Incidentally, Lucid Motors offered discounts to those customers who had previously canceled their orders. Additionally, it provided an $18,000 discount to employees.

These reports seemed to reconfirm market fears that the demand for Lucid cars is slowing down.

Apart from the production and cash burn issues, Lucid Motors is also battling with frequent recalls and has already issued three recalls. Buyers on online forums have been complaining about malfunctions in Lucid cars. These complaints don’t bode well for the company which pitched itself as “beyond luxury” while going public.

Lucid Motors also compared itself to Tesla and Rawlinson, a former Tesla employee himself, predicted the EV industry to be a two-horse race between itself and Tesla. Several analysts also branded Lucid Motors as a potential “Tesla killer.”

Fast forward to 2022, far from being a Tesla killer, Lucid Motors is finding it hard to deliver on modest expectations. The stock sale does remove an overhang for LCID stock especially as the company managed to sell shares are relatively good prices.

However, markets have been quite unforgiving of EV companies which are struggling with execution. With the EV competition set to heat up further, startup EV companies face an uphill task in justifying their valuations.

Lucid Motors posted a net loss of $530 million in the third quarter which is wider than the $524 million loss in the corresponding quarter last year. During the merger presentation, Lucid Motors said that it expects to post positive gross margins beginning in 2023. It also predicted deliveries of 36,000 cars in 2023. However, given the supply chain issues and material cost inflation, these goals look lofty now.

Lucid Motors would launch its Gravity SUV next. It would start taking orders for the model early next year and expects to begin deliveries in 2024. Markets would closely follow the progression in LCID’s gross margins, its cash burn rate, and quarterly deliveries to gauge how well the company executes its business amid a challenging macro environment.