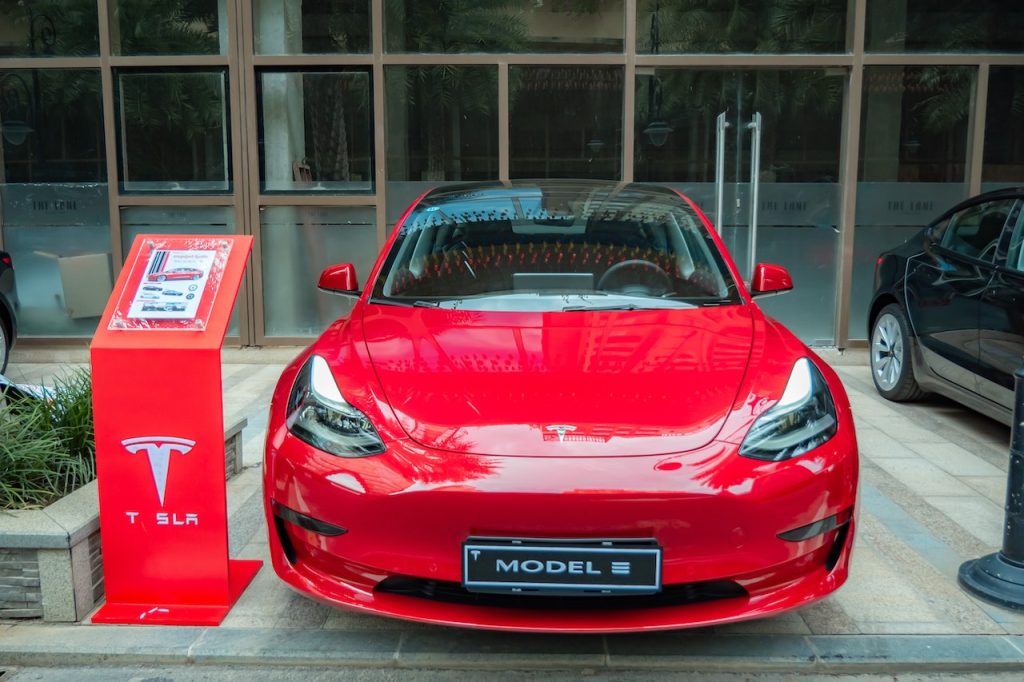 Tesla (NYSE: TSLA) stock had a horrid time in 2022 and continues to look weak in 2023 as well. However, TSLA bulls are not too perturbed and see the stock rising sharply from the current price levels.

Last year, Tesla stock crashed 65%. The sell-off only intensified in December and it was the worst month on record for the EV (electric vehicle) giant.

The fourth quarter of 2022 was the worst-ever quarter for Tesla stock. Eventually, the company lost $675 billion in market cap last year and had its worst-ever year.

Apple joined Amazon to lose $1 trillion in market cap. Amid the turmoil, Amazon, Meta Platforms, and Tesla have lost their status as $1 trillion dollar companies.

In December, Tesla delivered 55,796 EVs in China which was 44% lower than in November. While TSLA CEO Elon Musk has played down demand concerns, a demand slowdown is becoming apparent with every passing day. Last month, Tesla halted production at its Shanghai Gigafactory.

While the company attributed it to plant maintenance, it is now quite evident that it is due to sagging demand. Notably, Tesla has lowered car prices in China. The company cut car prices in China in the fourth quarter of 2022 as well. It also offered other incentives in order to spur sales. 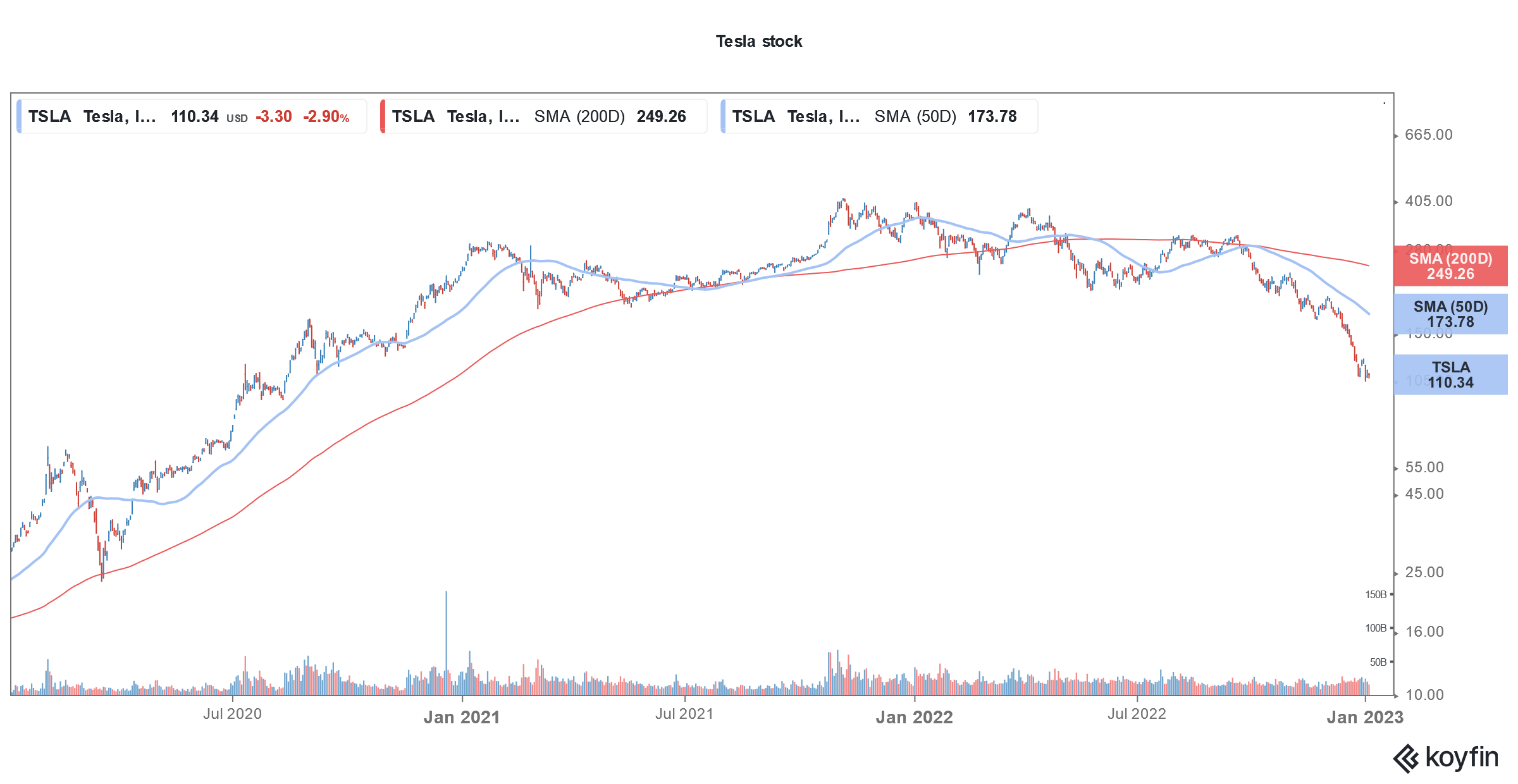 In 2022, BYD Motors, which is backed by Berkshire Hathaway surpassed Tesla to become the biggest seller of NEVs (new energy vehicles). It sold 235,197 vehicles in December, which was a new record for the company. BYD’s deliveries have hit record highs for four consecutive quarters.

In the fourth quarter of 2022, BYD sold 683,440 vehicles, a YoY rise of 157%. In the full year, it sold 1.86 million cars which were far ahead of Tesla’s 1.31 million deliveries. Here it is worth noting that while Tesla sells only BEVs (battery electric vehicles), BYD also sells PHEVs (Plug-in hybrid electric vehicles).

While BYD outsold Tesla in terms of total sales, the Elon Musk-run company is still ahead when it comes to BEVs. That said, BYD is now catching up with Tesla in BEV deliveries also and 2022 BEV deliveries reached almost 1 million. Some analysts expect it to become the biggest BEV seller in 2023.

While BYD is getting a tough fight to Tesla in China, in the US, legacy automakers are fast ramping up production. Last year, Ford became the second-largest EV seller in the US even though it is still way behind Tesla.

Tesla is facing multiple troubles from sagging demand growth to the fallout of Musk’s Twitter acquisition. However, some of the hardcore TSLA stock bulls are not too perturbed and are upbeat about the stock’s outlook.

Cathie Wood of ARK Invest who is among the biggest TSLA stock bulls said that the stock could rise almost 15-fold to $1,500 over the next five years.

Wood meanwhile said that many people would not buy Tesla stock now given the controversies surrounding Musk. She however added, “But if he does what we think he’s going to do on the cost side, there are a lot of people who will use economics as their guide. Better car, better economics. And I think there are a lot more of those people than there are of the naysayers around Twitter.”

Wood bought more Tesla shares as they crashed. Some of the other TSLA stock bulls like Adam Jonas of Morgan Stanley are also positive on the stock even as he acknowledged the fallout from Musk’s Twitter acquisition.

Mizuho also reiterated TSLA stock as a buy even as it lowered the target price from $285 to $250.

Amid the crash in TSLA stock, many analysts now find the risk-reward attractive. Edward Jones upgraded the stock from a hold to a buy and said the stock looks cheap now.

In its note, Edward Jones said, “While slowing economic growth could pressure near-term auto sales, we believe the electric vehicle (EV) market will continue to expand due to global regulations. We believe Tesla’s new product launches will allow it to take advantage of this expanding market. In our opinion, the share price of Tesla does not reflect its long-term growth opportunities.”

Analyst Jeff Windau is optimistic about Tesla stock due to its battery and autonomous technology. Wood also believes that in 2024 TSLA would roll out robotaxis across the US and sees the business as a key driver of Tesla stock.

Markets next look out for Tesla’s Q4 earnings

Tesla’s fourth-quarter deliveries fell short of analysts’ estimates. The company’s deliveries yet again trailed production by a fairly decent margin. In its release, Tesla said, “We continued to transition towards a more even regional mix of vehicle builds which again led to a further increase in cars in transit at the end of the quarter.”

Markets now await TSLA’s Q4 2022 earnings release where the company might provide guidance for 2023 deliveries. The company’s delivery forecast would provide more insights into the demand pressures that the Elon Musk-run company is facing.