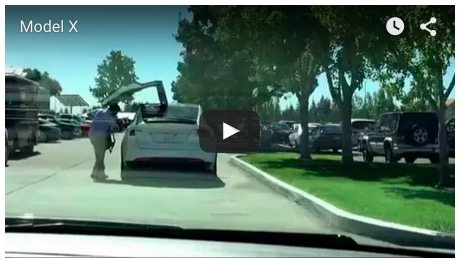 Tesla Motors Inc has had the Model X on the road for quite a while, but we haven’t seen any evidence of the Falcon Wing doors, one of the signature features of the EV SUV, working since the reveal in 2012. A new video surfaced late on Friday September 25 showing the Falcon Wings of a white Model X in working order.  Scroll down to view the video. 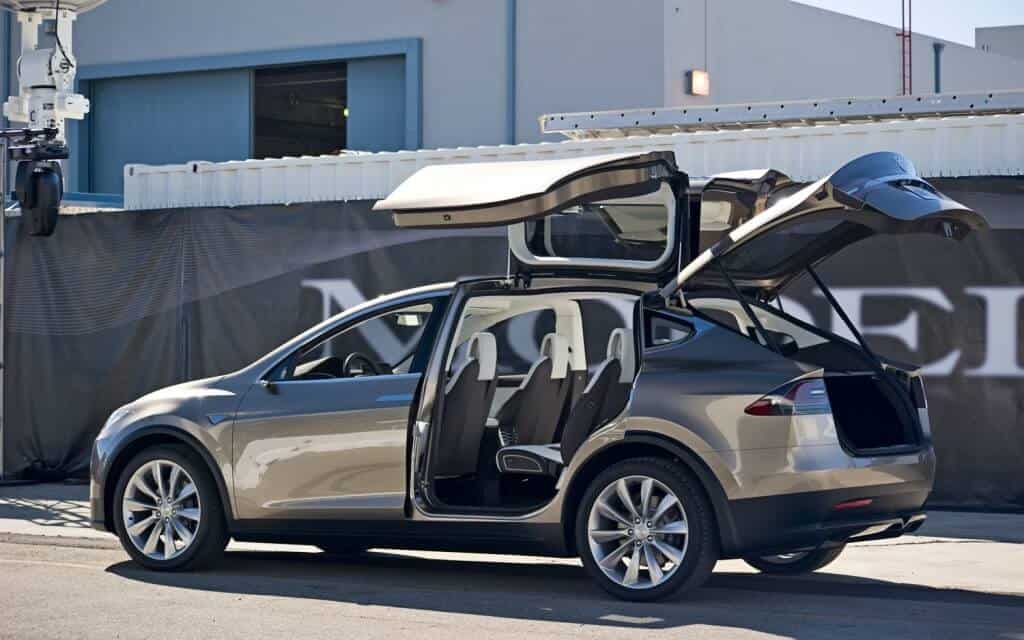 Attention will be brought to the fact that the driver, very likely a Tesla Motors employee, had to ensure that the door was shut before driving off. This may have been part of a system of checks that needs to be done while testing the vehicle or a problem in this test model.

After three years of delays it doesn’t seem likely that Elon Musk would allow such a flaw to follow a car out of the Tesla Motors Fremont plant. The “Frunk” in the Model S also uses a system that requires it to be pushed closed by a person  after doing most of the work automatically, however, so there are worries about how the doors will function on the Model X.

There are two major features that Tesla Motors boss Elon Musk has mentioned repeatedly when it comes to the Model X. The first is the middle row of seats, something he calls a “sculptural work of art.” The second, perhaps on the insistence of the press, is the Falcon Wing doors we’ve just seen in operation.

The footage above shows that the opening and closing of the Falcon Wing door will indeed be automatic. Elon Musk says that there will be sensors on the Model X to ensure the door doesn’t hit a low lying roof, or parking pillar.

The Falcon Wing, despite not opening in the same way as a gull wing door, seems to open almost entirely vertically. That, coupled with the size of the door itself, means very easy ingress and egress from the back of the car at very close quarters. The same won’t be true for those sitting in the front of the Model X, however, so close quarter parking won’t be made easier in every case.

This footage doesn’t give us the full list of features, or operations, of the Model X doors. In order to find out what exactly it, and the rest of the EV, can do, we’re going to have to wait for the big event next week.

Tesla Motors will launch the Model X on Tuesday

Those who will receive their Model X on Tuesday September 29, the official launch for the EV SUV, have likely waited more than three years for the chance to drive it. Tesla Motors has allowed itself to fall behind time after time in the design and production of the Model X. There will finally be some reprieve this week.

Most of the 25,000 people on the Tesla Motors Model X waiting list still have quite a while to wait before they get their shipment. For them, and the rest of the world’s Tesla Motors watchers, making due with the info we get at next weeks event will have to suffice for the time being.