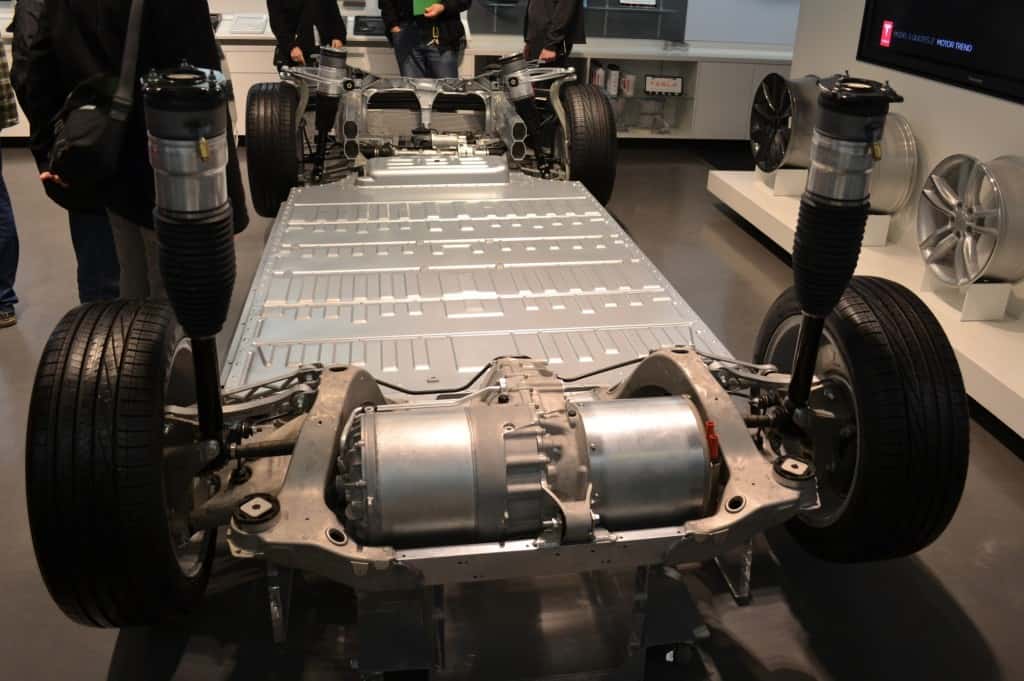 Tesla Motors Inc makes great cars, and it makes great claims about what they can do. Sometimes, however, those claims don’t quite match up to reality. That’s the complaint that a group of P85D owners are trying to bring before Elon Musk himself with a letter they’re circulating on the Tesla Motors Club forums.

The peak horsepower of the P85D is not that same as that advertised by Tesla Motors says the letter. Those who agreed to sign the letter aren’t sure what solution to the problem would be fair, but the are all agreed on one thing. They were mislead by Tesla Motors when they bought their P85D, and they want Elon Musk to do something about it.

The letter’s central complaint, put succinctly, is “The 691 HP figure appeared on the Tesla Motors website from October 9, 2014 the date of the D launch until the middle of May, 2015. Dozens of articles on the P85D quoted this figure. Tesla did not correct these stories. Tesla allowed the world, and more importantly Tesla customers to believe the P85D would make 691 HP.”

We’ll have to wait and see the Tesla Motors response about the P85D issue in order to verify whether it’s true. The fact that Tesla Motors removed the claim from its site speaks volumes about the number offered when the P85D first went on sale, however, and those that wrote the letter seem convinced of the falsity.

Tesla Motors no longer quotes a single horsepower figure for the Model S P85D. Instead it offers a number for the front motor and another for the back motor. There’s no good way to put the two numbers together to compare them with ICE vehicles. Tesla Motors learned that sometime along the way.

Tesla Motors doesn’t advertise, or does it?

Tesla Motors claims to not spend a dollar on advertising, but that doesn’t mean the firm is innocent of spreading false information about its cars. Those who wrote the letter are, by and large, looking for some kind of restitution.

A common request seems to be for Tesla Motors to give a Ludicrous Mode upgrade to all of those who bought the P85D for free. This request exists in two forms. The first with no cost to the Model S owner, the second with the Model S owner paying for labor but not parts.

Most importantly, “Every signer of this letter wants Tesla to continue to grow, to prosper, and to succeed in changing the world! We trust that with the information we have provided, you will come up with a solution that works for Tesla and for the affected customers.”

These are all fans of Elon Musk and of the Tesla Motors Model S, but they feel like they’ve been wronged by the firm’s marketing team.

Fixing this issue by giving away the Ludicrous Mode update for free would hurt Tesla Motors in two ways. First, its forecast for upgrades to the P90 would have to be reined in. Second the firm would have to pay out of pocket for the upgrades.

Both of these would likely cause greater than expected cash burn, a problem that Tesla Motors has had for a long time. The full text of the letter can be read below. We’ll have to wait to see how Elon Musk and the Tesla Motors PR team responds.

We are writing to you as a group of concerned Tesla owners, investors, and perhaps most importantly, supporters. We want to share our thoughts with you on an issue we think is critically important. While we don’t all feel exactly the same way about this matter, we all agree that this warrants your personal attention.

We’re writing because the Tesla Model S P85D falls considerably short of actually making 691 horsepower. We’ll get to the facts that support this in a moment, as well as some of the ideas we’ve discussed for how Tesla might manage this going forward. We want to say at the outset, though, that we have come to you because we think it is inevitable that if we had not, sooner or later someone or some group would go to the media. It is our hope that armed with the information this letter will provide, Tesla will be able to get out in front of anything negative that could come of this issue in the future.

The basic facts are as follows:

The P85D was marketed as making 691 horsepower. It doesn’t. We believe, based on various testing methods and tools including dynamometer testing and testing with professional performance data loggers that the maximum energy output is 415 KW, which results in a maximum horsepower of 557 before any drivetrain losses on a fully charged battery. Even without factoring in drive train loss, this is almost 20% less than the advertised horsepower.

The 691 HP figure appeared on the Tesla Motors website from October 9, 2014 the date of the D launch until the middle of May, 2015. Dozens of articles on the P85D quoted this figure. Tesla did not correct these stories. Tesla allowed the world, and more importantly Tesla customers to believe the P85D would make 691 HP.

In late December, 2014 the following statement was released to the media, and was added to the Tesla Motors website:

The P85D top speed is currently electronically-limited to 130 mph. In the coming months, we will be able to upgrade the car free of charge to enable a 155 mph top speed. This free update will be available for the lifetime of the car (not limited to the first owner). Additionally, an over-the-air firmware upgrade to the power electronics will improve P85D performance at high speed above what anyone outside Tesla has experienced to date. In other words, the car will be better than you experienced. This free upgrade will be rolled out in the next few months, once full validation is complete.

While the top speed firmware upgrade took place, the high speed performance upgrade never did. Many of us believe that promised upgrade, which some of us were counting on to bring our cars up to, or at least closer to the promised 691 HP has now turned into the Ludicrous Mode upgrade. Those of us that believe this think Tesla had every intention of releasing the upgrade at no charge, as originally promised, but found that the hardware was not up to the task, thus requiring the new fuse and Inconel contactors that are now integral parts of Ludicrous Mode.

A related issue that has some signers concerned is that Tesla apparently used 1-foot roll out when providing the original P85D 0-60 time of 3.2 seconds without making any mention of having done so, and without having done so in the past when providing the 0-60 times for other Model S vehicles. While we understand that this is to some extent a standard way of expressing 0-60 times in the United States, it is not standard all over the world. Also the fact that Tesla chose to do this for the first time with the P85D, without explaining what was being done, meant comparisons to other Model S vehicles were not valid. Many signers fear the recent analysis by Consumer Reports, a publication that has written extremely positively about the Model S in the past, will shed even more light on this particular issue.

Most, if not all, of the signers of this letter do not believe that Tesla intentionally misled anyone at any time. The fact remains, though, that many Tesla P85D customers have not received everything they have paid for. How Tesla should handle that is where the feelings of those signing this letter really begin to diverge!

This letter has grown out of several very active and at times heated discussion threads on the Tesla Motors Club forums. These threads have almost two-thousand posts! Many people have very strong feelings on this topic. Some forum members have written Tesla about this issue themselves, and have not received a response of any kind, which is of great concern to many of us. The problem is not going to just fade away.

Some of the signers of this letter are P85D owners who are completely happy with their cars. They may recognize the fact that their cars don’t make 691 HP, but they are OK with it, and are willing to give Tesla a pass on this.

Many signers of this letter think the best thing that Tesla could do would be to give away the Ludicrous Mode upgrade to affected P85D purchasers. In addition to the incredible amount of good will this would generate, and lost trust it would win back, we think there would also be an amazing amount of great press coverage.

Another benefit of this approach is that it would provide great insulation against potential bad press, should the story of the missing horsepower ever become mainstream media news. All Tesla would need to do is say, “We had every intention of being able to provide the stated horsepower. When we discovered we could not, we went back to the drawing board, made the car even better, and gave the improvements to the affected customers for free.” Being able put out statements like that could turn what easily could have been a negative story into a positive one that improves the Tesla image and increases sales.

Some signers feel that providing the Ludicrous Mode upgrade parts for free, but charging for the labor to install them, would go far enough towards making things right.

Some signers are not sure what would make things right, but know that they want Tesla to take some sort of action to move in that direction.

Every signer of this letter wants Tesla to continue to grow, to prosper, and to succeed in changing the world! We trust that with the information we have provided, you will come up with a solution that works for Tesla and for the affected customers.

Thanks very much for your time!