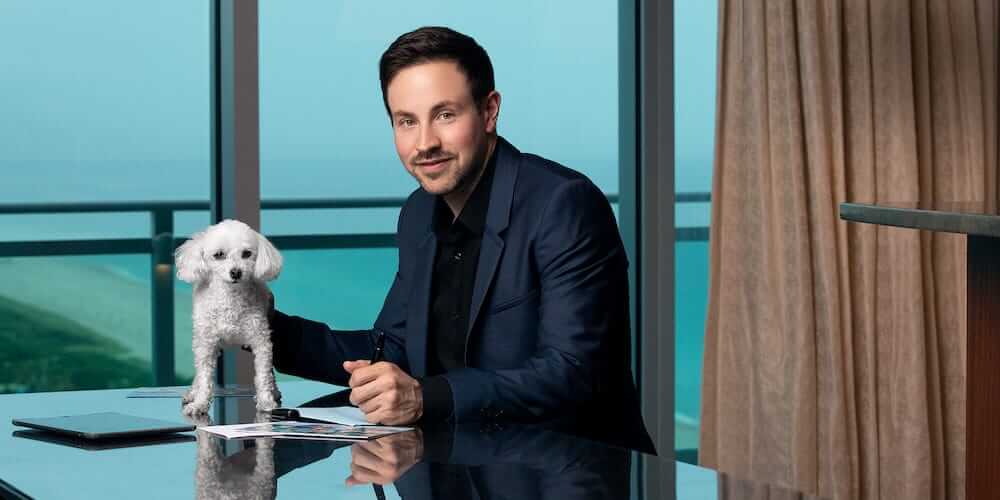 Tech founder Ryan Cohen (pictured) sold the online pet retailer he co-founded for $3.4bn in 2017, and then proceeded to invest virtually all of his share of the sale in just two stocks: Apple Inc. and Wells Fargo & Co.

This was against the recommendation of financial advisers, but he has seen his investments increase two-fold.

With no real estate, beyond the Florida home he lives in, and zero stakes in hedge funds, private equity, or venture capital funds, this tech founder likes to keep things simple.

Around 70% of the companies that make up the S&P 500 Index will underperform the average, as most of the average return is due to the upper quartile of performers, according to research by William Bernstein, a principal at Efficient Frontier Advisors. A highly concentrated stock portfolio, like Cohen’s, means the odds are 70 to 80% that you’ll underperform.

But Cohen, who launched the Chewy platform in 2011,  persisted with his investment, betting that his throw of the dice would work.

A typical investor’s savings could be decimated if they held just two companies and one took a big hit. Cohen’s wealth gave him more room, but the performance of Wells Fargo shows how much volatility he’s taken on.

When he ramped up his position in the bank in the second quarter of 2017, the shares were trading at an average of around $54. Cohen says his average cost basis is $46. Today, they’re worth about $32, dragged down by the sales scandal that involved employees setting up millions of fake customer accounts to hit high targets and later by the pandemic.

However, the value of Cohen’s Apple shares offset that by jumping 120% over the same time period. Based on the price performance of those two stocks, the total value of his portfolio would have scarcely budged since he sold Chewy two years ago while the S&P 500 Index has risen by more than a quarter.

Cohen says his portfolio, when including dividends and a few other stock holdings, has returned more than 40% over the past three years, beating the market. The pet retailer he sold, meanwhile, was taken public last year by the London-based private equity firm, BC Partners, that bought it and now has a market value of almost $20bn.

He frequently quotes the famed billionaire investor Warren Buffett, which may not be a surprise, given that Wells Fargo and Apple are major Buffett holdings. Cohen says he likes Apple because its products command intense customer loyalty, and he thinks the iPhone has become irreversibly ingrained in society.

Cohen sees both companies as consumer businesses, a type of industry he understands from building Chewy. The online retailer is famous for such over-the-top gestures as surprising customers with birthday cards or custom portraits of their pets.

The investment approach of the tech founder is very unorthodox, albeit producing phenomenal results. “You need to have the temperament to block the noise,” he told Bloomberg last week. “Sometimes it feels like a roller coaster.” For most investors, a low-cost index fund is more prudent. But Cohen says he’s committed to his stock picks and has no regrets. Well, maybe one: “The execution of Amazon is just phenomenal,” he said.

For share dealing US investors are using the best free apps for Android or iOS or they are buying shares in multinational companies or small firms by using the best stock brokers.