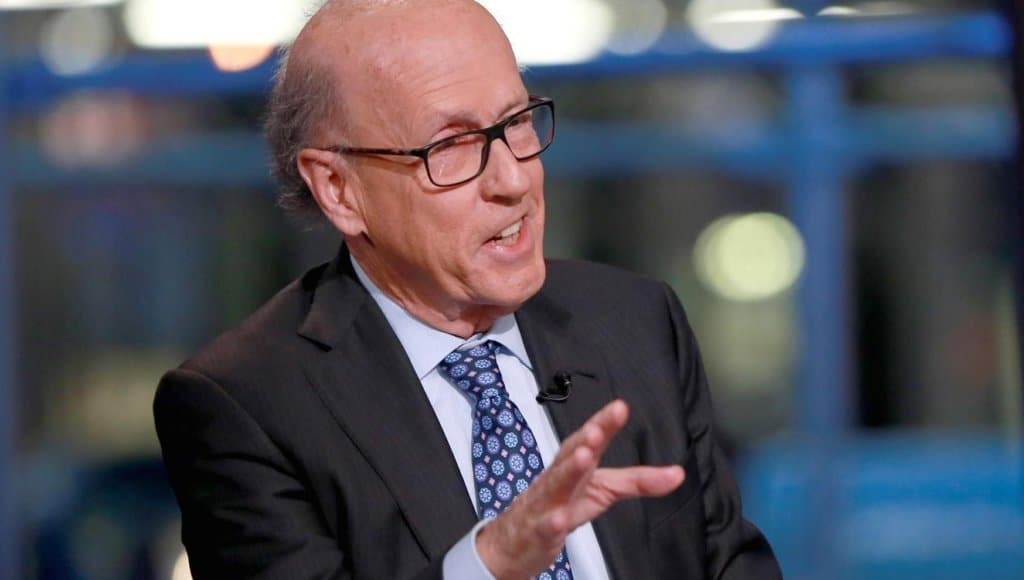 The era of a strong US dollar may be coming to an end as a result of high budget deficits and accelerated by the economic fallout caused by the coronavirus pandemic, said Yale University economist Stephen Roach (pictured).

“The U.S. economy has been afflicted with some significant macro imbalances for a long time, namely a very low domestic savings rate and a chronic current account deficit,” said Roach, a former Morgan Stanley Asia chairman on with CNBC’s Trading Nation on Monday. “The dollar is going to fall very, very sharply.”

“The national savings rate is probably going to go deeper into negative territory than it has ever done for the United States or any leading economy in economic history”, said Roach.

The Yale senior fellow said the dollar’s decline may happen over the next two years, even though he conceded that it could take longer.

The US Dollar Index (DXY), which tracks the relationship between the US currency and a basket of foreign currencies such as the pound sterling and the yen, has been steadily declining since countries around the world started to reopen their economies and eased lockdown measures implemented to contain the virus.

So far this year, the index is down 0.6% from its 1 January level, even though back then the situation for the US was entirely different, as the pandemic has forced the government to issue trillions of dollars in economic stimulus to assist businesses and households in containing the economic fallout caused by strict lockdown measures. 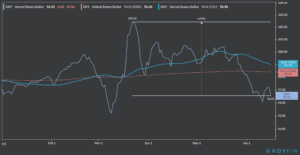 Roach has already shared his concerns on the potential upcoming fall of the almighty greenback in an op-ed published by Bloomberg only two days ago, where he forecasted a 35% decline in the value of the dollar against major currencies.

“These problems are going from bad to worse as we blow out the fiscal deficit in the years ahead,” said the academic.

Roach pointed to a decline in the US currency as a store of value, citing that the percentage of reserves held in US dollars by other countries fell from 70% to 60% in recent years, a trend he said may continue in years to come.

He also said that while a weaker dollar should push exports up as a result of cheaper prices for US goods, “no leading nation has ever devalued its way to sustained prosperity”.