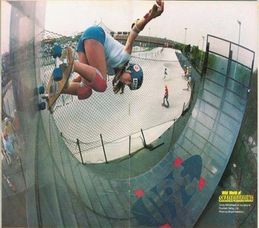 One of the easiest and time tested strategies for making money investing in bonds is called rolling down the yield curve.  The strategy involves buying longer dated bonds and selling them after 2 to 3 years to profit from their rise in value during that time.  The key to this strategy is the shape of the yield curve.  As long as shorter term bonds yield less than longer term bonds (also known as a normal or steep yield curve), this strategy can boost returns over buying a shorter term bond and holding to maturity.

There are two reasons why this investment strategy can be profitable:

The rising in value part of this equation has always struck me as counter-intuitive. However, it makes sense when you consider shorter term bonds are less risky than longer term bonds. A shorter-term bond will lose less value if interest rates increase, and there’s less chance of default. Basically, investors are willing to pay more, or accept a lower yield, on a shorter-term bond because there is less risk.

An Example Of Rolling Down The Yield Curve

The following example is taken from an article published by Deutsche Bank and assumes the 1 year treasury yield to be 0.24%, the two year 0.55%, and 3 year to be .80%.

Lets compare the returns of the following two strategies:

For strategy A, the return is easy to calculate. At maturity, the bond will receive the face value of the bond (lets assume $100).  In addition, the bondholder will receive $0.24 in interest for a total of $100.24 based on a $100 investment.

How does one maximize the returns from rolling down the yield curve?

To over simplify, you want the biggest change in yield over the shortest amount of time. The yield curve is not a straight line with yield decreasing evenly over time.  This provides opportunities to benefit more by buying bonds with certain maturities. However, its important to remember that a drop of  0.1% yield for a shorter maturity bond over a year will not have the same impact on the price of the bond as the same drop in yield for a longer maturity bonds. As a rule of thumb, the following formula is useful for calculating the price gain that results from rolling down the yield curve:

What could go wrong?

The biggest risk with this strategy is overall market interest rates increasing.  In the examples described above, strategy A is more profitable than strategy B is interest rates rise by .5%.  The longer the maturity of the bond, the smaller the increase in interest rates that is needed to turn the “rolling down the yield curve” strategy into a losing investment.

Does rolling down the yield curve work with corporate bonds?

Yes. In fact, it works better with corporate bonds because the spreads between longer and shorter term bonds are wider than for treasuries. The problem with using corporate bonds is that other factors, such as changing perceptions of default risk can become the primary driver of returns. Treasuries offer a “pure” way to execute this investment strategy without factors other than market interest rate impacting returns.

Why do some bonds, including treasuries, not increase in value as they roll down the yield curve?

When bonds are bought at a premium to their face value, their price may not rise as a result of moving towards maturity. However, the effect is still the same.  Essentially, these bonds have coupon rates which are higher than their yield. You can think of the coupon payments as providing a market interest rate + extra interest.