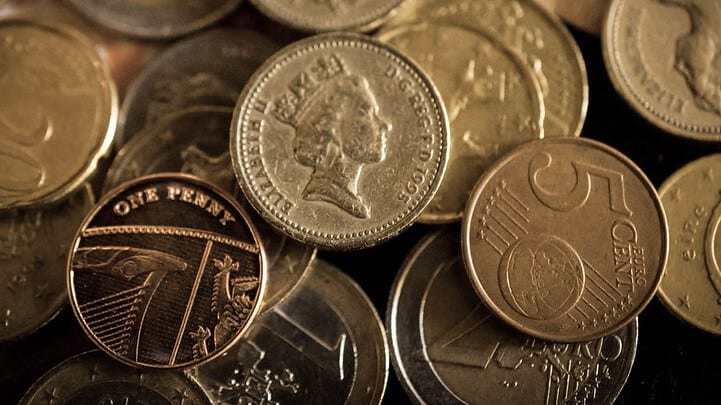 The pound sterling shed nearly 41 basis points during today’s forex trading activity, despite stronger than expected economic data pointing to a recovery in the country’s services and manufacturing sector.

The EUR/GBP currency pair, which tracks the relationship between the EU monetary unit and UK’s domestic currency, saw a sharp rebound during early morning trading, after hitting an intraday low of 0.9027, landing at 0.9078 and then reversing towards to the 0.9070 level.

This sharp appreciation of the euro against the pound on Tuesday came after the UK economy showed it was recovering from lockdowns caused by the pandemic. Britain’s PMI (purchasing managers’ index), an economic indicator that tracks the perception of purchasing managers as to the health of the economy, jumped to 47.6, up from a previous level of 30 reported in May.

However, it also came on the same day that the eurozone’s IHS/Markit flash PMIs (purchasing managers’ index) showed further signs of recovering from a historic downturn. Eurozone data released on Tuesday rose to 47.5 in June from 31.9 in May. The reading is very near 50 which separates contraction from expansion. In April it hit a record low 13.6. 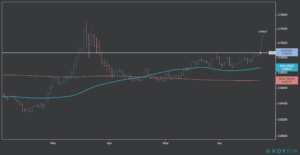 Forex traders appear to have dismissed the importance of this rebound from what is usually a widely-followed economic metric, as concerns about the upcoming impact of Brexit and a potential second wave of the virus gaining traction in various other latitudes could have outweighed this positive development.

Kit Juckes, head of FX strategy for Societe Generale, said: “The PMI data might not be much use to us until we get to the back end of the summer to see where activity can settle, how open we can get our economies and how much back to normal we can get things”.

The pound sterling has been losing territory against the euro since mid-April, as the country was one of the most affected by the coronavirus outbreak, resulting in an expected 15% to 20% contraction of its GDP for the second quarter of 2020.

Meanwhile, Prime Minister Boris Johnson confirmed further measures to ease quarantine protocols, including the reopening of cinemas, museums, pubs and restaurants on 4 July, as the country continues its path to a more normal life amid lower daily virus cases.

Upcoming Brexit talks will be of significant importance for the value of sterling vs the euro and both countries have set a deadline of the end of the year for reaching a trade deal, with expectations that the European Commission may soften its demands to make sure negotiations advance.