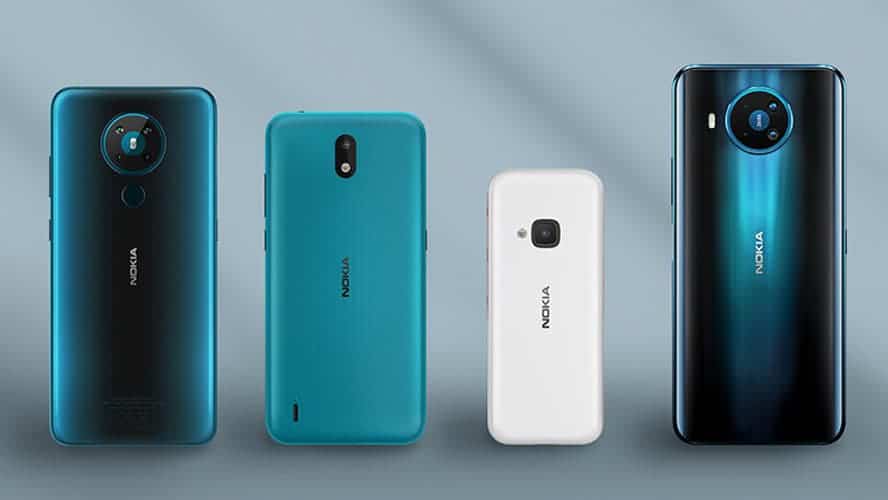 The release of Nokia’s (NOK) latest smartphone may have been overshadowed by the coronavirus pandemic, but the firm stuck to its guns by not postponing the launch of the Nokia 8.3 5G, aimed at early-adopters with smaller budgets.

It seems that after losing a hard-fought battle to become a major player in global smartphones – to such firms as Apple, Samsung and Huawei – the Finnish tech giant intends to make a comeback by taking advantage of the 5G networks that will be released worldwide by launching its very high-end 5G-capable smartphone.

Even though the company initially planned to launch its new devices during the Mobile World Congress (MWC), its cancellation prompted Nokia to move the event to a virtual London-based setup where the company unveiled all the key features and specs of their new 5G-capable smartphone product line, which includes the Nokia 8.35G , along with its budget-friendly alternatives, the Nokia 5.3, Nokia 1.3 and Nokia 5310 (pictured).

Other major smartphone brands, such as the Samsung Galaxy S20, released 5G phones last year, with the prices were in the early £1,000s. However, the Nokia 8.3 5G will start at £550, making it one of the cheapest versions when it is released later this year, with the other phones in the Nokia range released today starting at around £170.

Nokia, based in Espoo, Finland, trades its shares in various major exchanges around the world including the New York (NYSE) and London Stock Exchange (LSE), while it is primarily listed on the Helsinki Stock Exchange.

So far, its shares have reacted positively during today’s session lifting around 4% on Helsinki’s exchange, and a 7% increase on its New York Stock Exchange American Depository Receipts (ADRs).

However, Nokia (NOK) shares are still in negative territory on a year-to-date basis, leaving investors with a 28% loss, following the widespread market sell-off triggered by coronavirus, which extends to a 54.59%  loss over 52 weeks.

During its latest final quarter 2019 earnings release, Nokia’s chief executive Rajeev Suri said: “Nokia’s fourth-quarter 2019 results were a strong end to a challenging year”, probably considering the fact that sales remained stable compared to the same period in 2018, while earnings per share ended up at €0.15, a mild year-on-year increase.

Also, the group still relies heavily on its network segment, comprised of the company’s portfolio of network-access infrastructure, mobile solutions, and software, which generates between 70% and 80% of its sales.

This would mean that a boost in Nokia’s revenues resulting from positively positioning its new 5G product line could boost the company’s sales and profitability over the coming quarters, even though how popular the phone are with consumers when the 5G market really takes off.

Finally, the price of the flagship Nokia 8.3 smartphone was set at £550, while the rest of the models will be priced at around £170. This is a more affordable price point compared to other available high-end 5G-capable phones such as the Samsung Galaxy S20, but not so affordable compared to similarly-structured 5G phones.

Earlier this month, Deutsche Bank analyst Robert Sanders said 5G was important for the future of phonemaker. He said: “After the mis-steps of 2018 and 2019, we believe mid-band 5G deployments . . .  will be an important feature of Nokia’s turnaround.”

The Nokia 8.3 5G may also get a boost from the 25th James Bond film, No Time To Die, out in cinemas in November,  where it features.