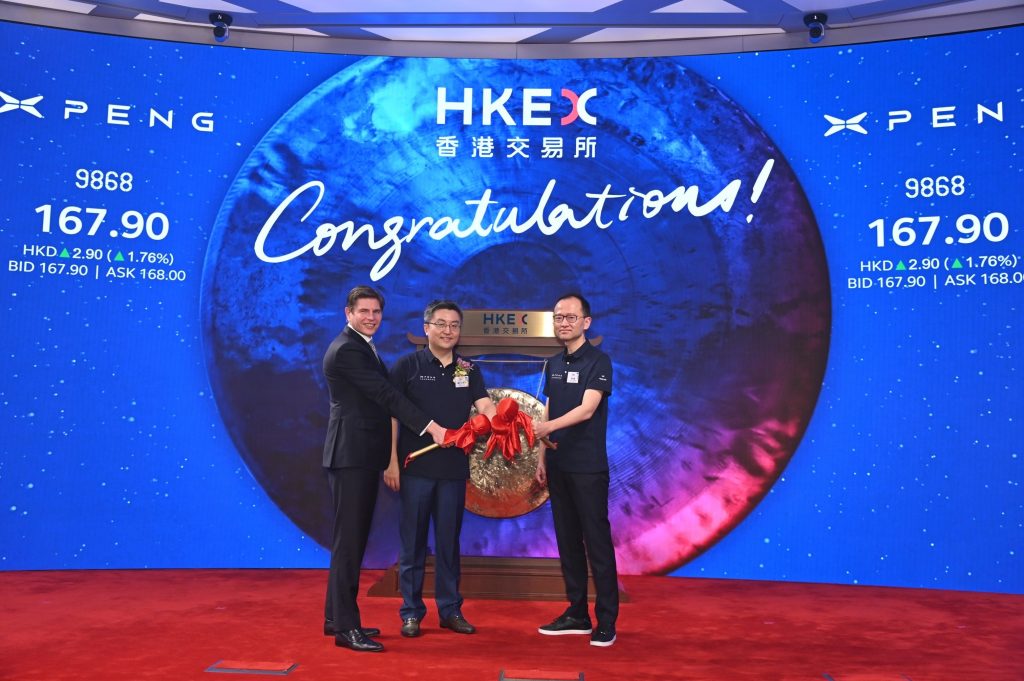 Chinese startup electric vehicle company XPeng has gone for a dual primary listing in Hong Kong and the stock closed flat on its debut. Could other Chinese EV (electric vehicle) companies follow suit?

Chinese companies listed in the US have been finding themselves in a peculiar situation. On one hand, Chinese tech companies are facing the regulatory heat in China as the company is cracking down on the alleged monopolies and flawed data collection policies of the tech companies.

On the other hand, Chinese companies in the US are also facing a risk of delisting in the US markets if they don’t comply with the new policies wherein, they are bound to share more data with US regulators. The new regulations came in amid the US-China trade war and were preceded by the Luckin Coffee accounting scandal.

Meanwhile, unlike companies like Alibaba and JD.com which have opted for a secondary listing in Hong Kong, XPeng went for a dual primary listing. Under a dual primary listing, the company will have to comply with both US and Hong Kong regulations. XPeng was not eligible for a secondary listing as it has only been listed for about a year in the US. To be eligible for a dual listing, the company has to be in full compliance with US laws for a minimum of two years.

XPeng issued 85 million ordinary Class A shares priced at 165 Hong Kong dollars each. While the stock opened higher it eventually pared gains and closed flat for the day. The US-listed shares were trading sharply lower in early price action today.

XPeng raised $1.8 billion through the listing. The company has raised capital several times over the last year. After its $1.5 billion IPO in the US, it raised another $2.5 billion towards the end of the last year by way of share issuance. Apart from this, Guangdong Yuecai Investment Holdings Co., Ltd, the investment arm of the Guangdong provincial government has also invested money into XPeng this year. China sees EVs as a strategic industry has been trying to bail out domestic EV companies. It also bailed out NIO last year when the company was battling a survival crisis.

Meanwhile, the capital raise will add to XPeng’s cash kitty. The company had cash and cash equivalents of $5.5 billion at the end of March which will swell further with this round of capital raise. That said, given their cash burn, EV companies have to keep a cash buffer. Only Tesla has managed to reach sustainable profitability but even it raised $13 billion last year and now has negative net debt. 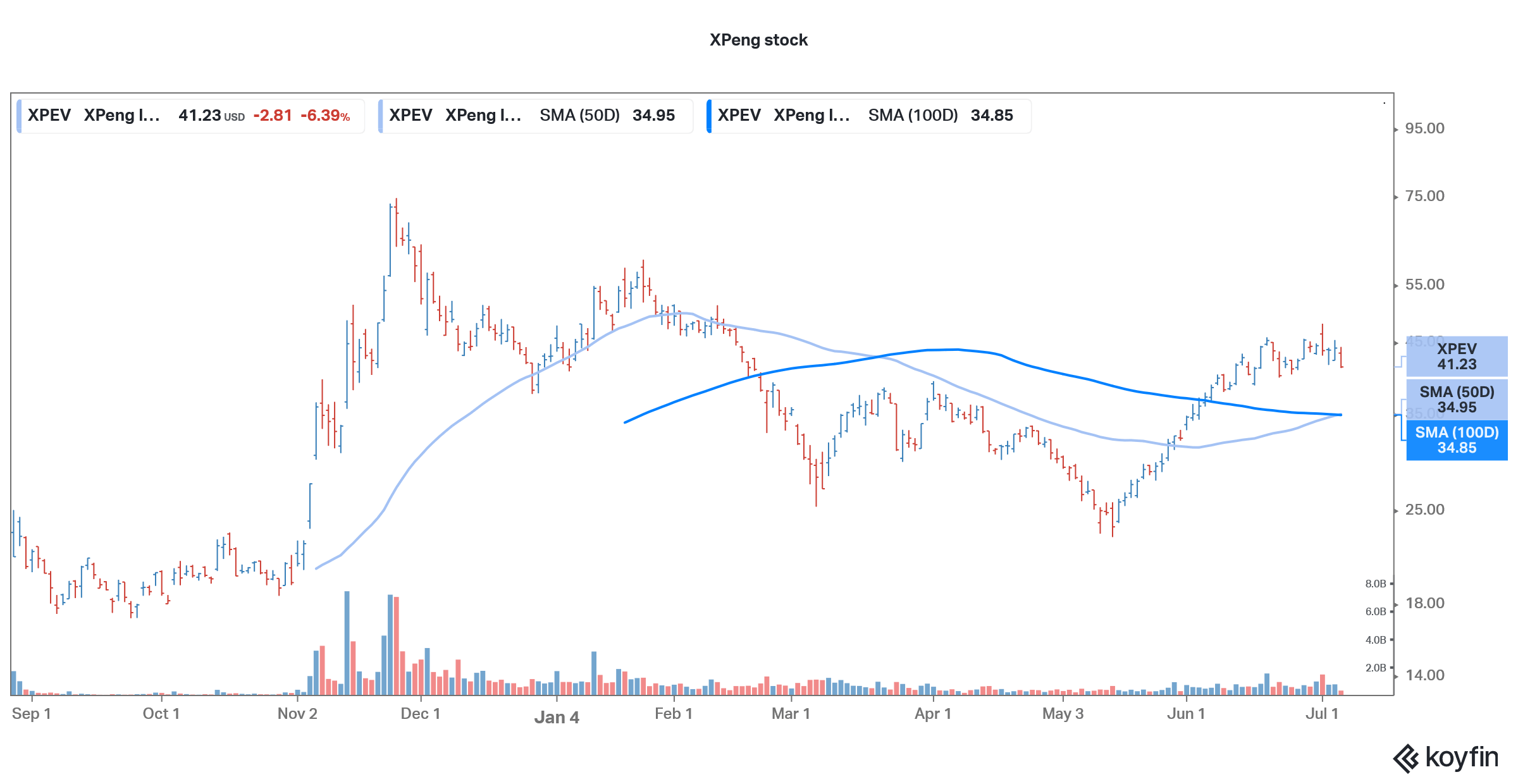 XPeng Motors released its June deliveries earlier this month. The company delivered 6,565 vehicles in the month which was 617% higher than the corresponding period in 2020. It was a record month for XPeng Motors and the company’s deliveries in the second quarter also soared 439% to a record of 17,398 vehicles. The company had given guidance of selling between 15,500-16,000 EV in the second quarter.

In its release, XPeng said “The Company plans to launch the G3i SUV, the new mid-phase facelift version of G3, in July 2021, with deliveries planned for September this year. XPeng also plans to launch its third production model, the P5 family-friendly smart sedan, in the third quarter 2021 with deliveries expected in the fourth quarter 2021.” The Chinese EV company added, “Upon delivery, the P5 will be the world’s first mass-produced Smart EV equipped with auto-grade LiDAR technology.”

Meanwhile, XPeng delivered fewer cars than Li Auto in the month. Among the three main Chinese EV companies listed on the US exchanges, XPeng slipped to the third rank in terms of June deliveries.

Why XPeng went for a dual listing

“A dual listing in Hong Kong provides US-listed Chinese issuers with an option to mitigate geopolitical tensions between the US and China,” said Brian Gu, XPeng’s vice-chairman, and president.

However, he added, “I would say our Hong Kong listing is a very strategic decision. In it, I think obviously, you know, hedging against geopolitical risks is only one of the considerations,” while speaking with CNBC.

According to Gu, “But in the long run though, we would like to have a listing venue that get us closer to home because we’re a consumer brand in China. Ultimately, we want our customers to be our shareholders, and having the dual primary listing status in HK (Hong Kong) will give us eligibility to be connected to Chinese capital markets.”

The US-China relations are not expected to get better any time soon and Chinese companies listed in the US will find themselves in a crossfire between the world’s two biggest economies. It won’t be surprising if more Chinese companies opt for a listing in Hing Kong.

Incidentally, Alibaba had opted for a dual listing for the IPO of Ant Financial in Shanghai and Hong Kong. The IPO was eventually stalled by Chinese regulators after Jack Ma lashed out at the country’s financial regulators.

You can invest in XPeng Motors through any of the reputed online stockbrokers. Alternatively, if you wish to trade derivatives, we also have reviewed a list of derivative brokers you can consider.